The annual Carriacou Hash has come and gone and as we did last last year, we had a great time. We completed two runs while we were here on the island. The first of the two took us to the highest point on the island, named appropriately High North. This peak stands at 291 meters, just a single meter higher than Chapeau Carre, the hill that we climbed the last time we visited this island. 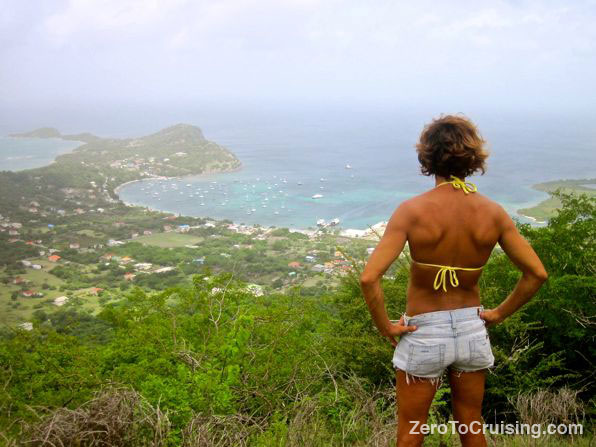 A view of Tyrell Bay from Chapeau Carre, the SECOND highest point on Carriacou. 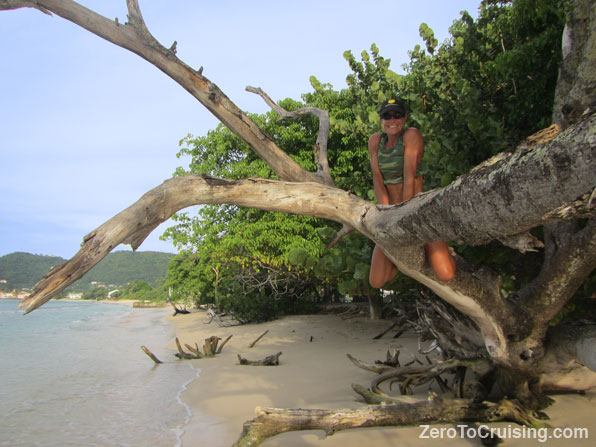 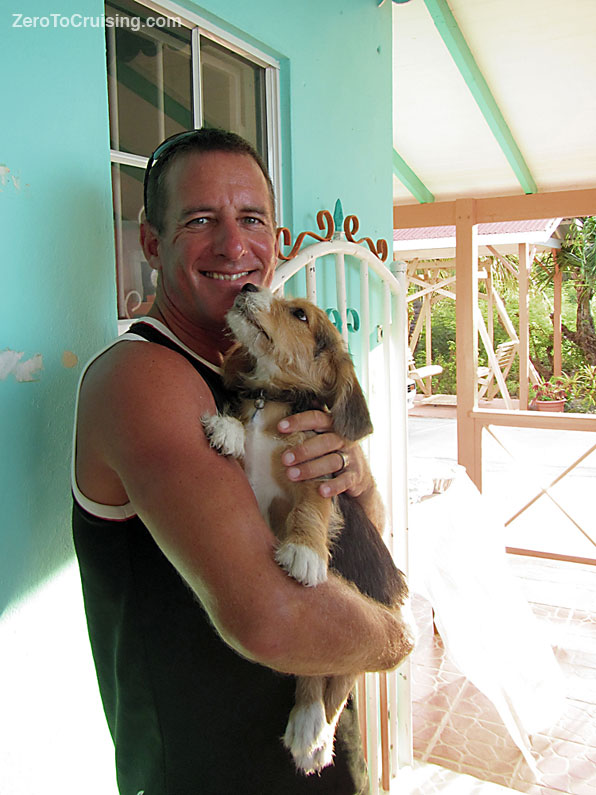 Can I keep him, Rebecca? 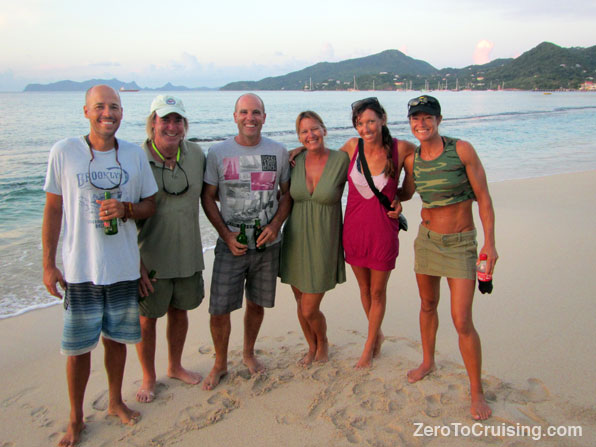 Our buddies posing on the beach. 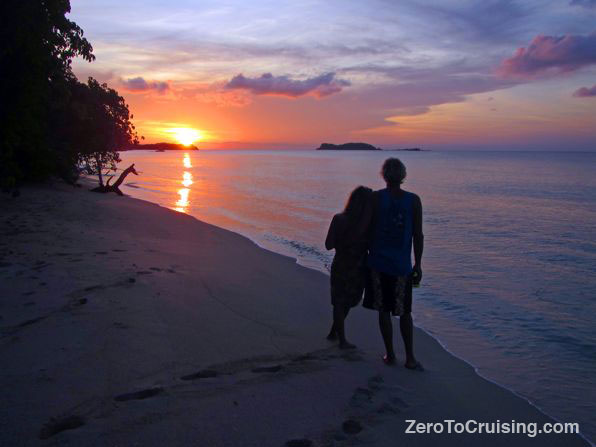 No, not us. Our friends Wade and Maureen enjoying the Carriacou sunset. 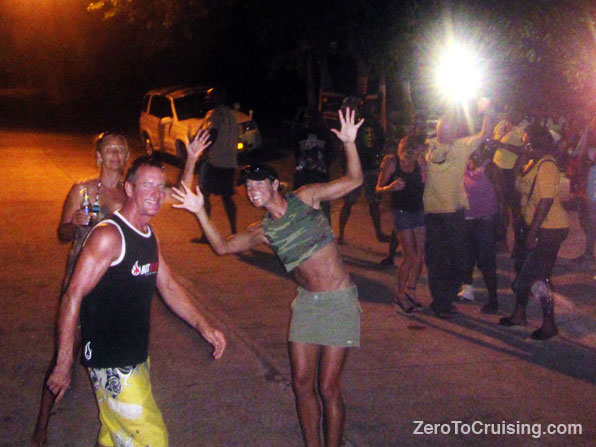 Even though we left at cruiser’s midnight, the Friday night party
continued on until the wee hours of the morning. 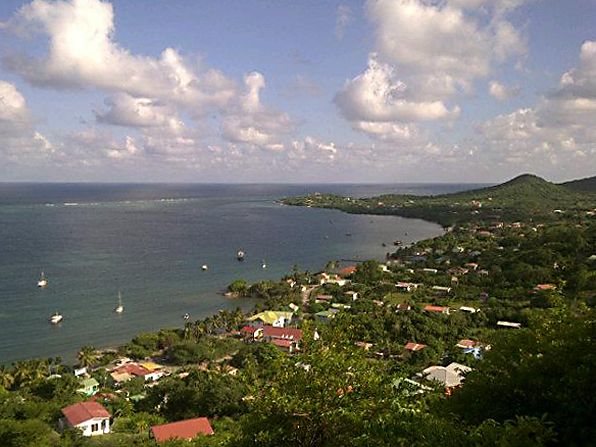 I actually forgot to take our camera along on Saturday’s hash.
Fortunately our friend Johanna did not forget!

The second hash took place at 9:00 AM on Sunday morning. After the large party on Saturday evening, we were not at all surprised to see only a small fraction of the hashers on site for this one. Those who were too tired or hungover to join us did unfortunately miss an awesome trail. Unlike most of the hashes that we do in Grenada where we follow a “dead” trail, set some hours before the event, this was a “live” hash where the hares, those who set the trail, were given a small head start and then were chased by the rest of us runners. It was a super fun event and our friends Grandad and Doggy Style did a fantastic job setting the trail.

With the vast majority of the hashers having left the island yesterday to return to Grenada, Carriacou has returned to its normally peaceful state. Until next time. 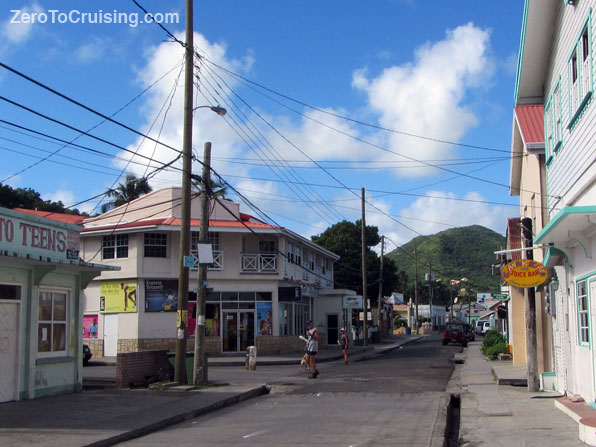 The hares setting off on Sunday morning. 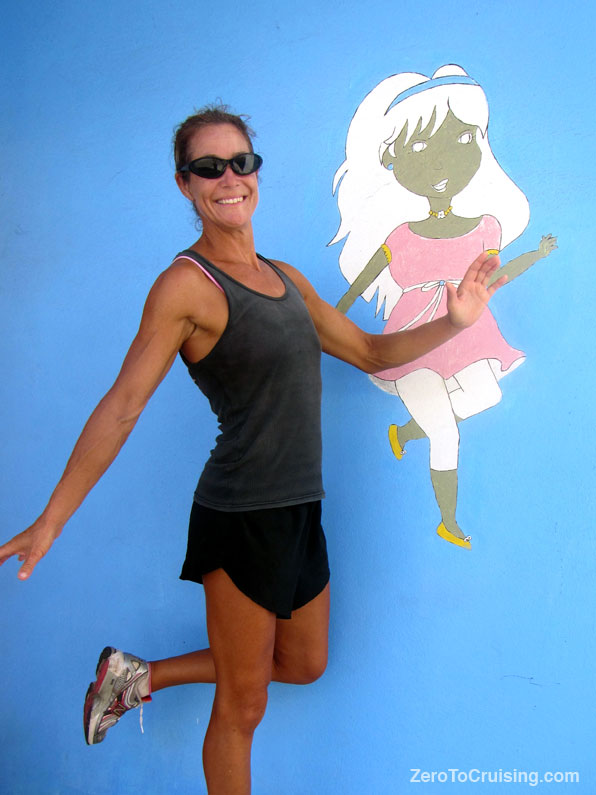 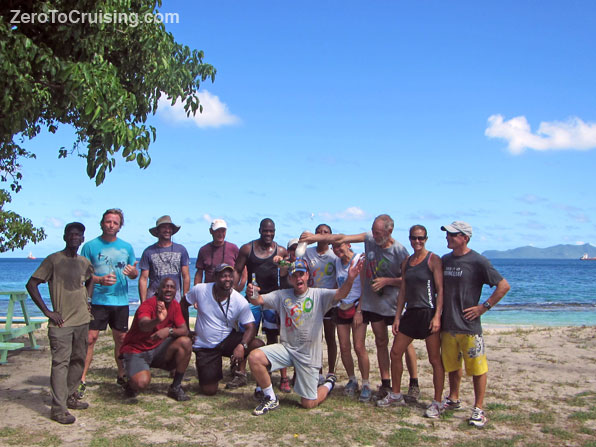 Those who successfully completed the Sunday run. 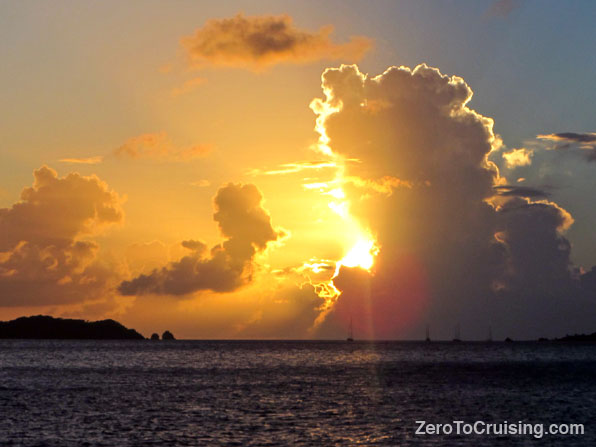 Our friends all abandoned us yesterday and went to Sandy Island.
We could still keep our eyes on them though.

The veil is being lifted

Week one in the bag