Traveling in bear country… should we be afraid?

Have you seen the movie The Revenant? We have, and while I don’t think that the film is even close to Leonardo DiCaprio’s best work, in spite of all the awards that it won, the Grizzly bear attack seen is now forever imbedded in my brain. Of course, I always knew that bears could mess you up, but that extremely-intense scene pointed that fact out in technicolor!

I just learned this today: Hugh Glass, the protagonist in the movie The Revenant, was actually a ship’s captain, and a pirate! 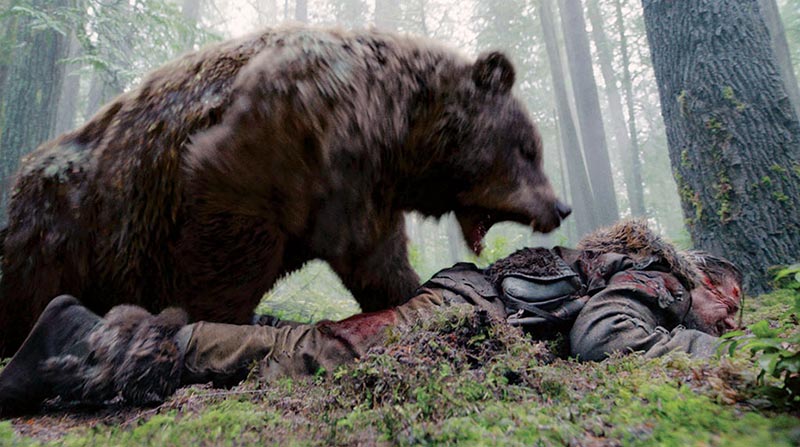 A bear can mess you up!

Yesterday, because Rebecca and I both subscribe to a number of cycling related Facebook pages, we were each presented with the tragic story of a forrest service officer who was killed by a Grizzly. Apparently, the officer ran right into the animal while mountain biking with a friend at a high rate of speed (his cycling companion survived to tell the tale). Very sad.

From what we’ve read, cyclists can be at a greater risk in bear country when compared to hikers because they often travel quickly, and more quietly, increasing the risk of a surprise encounter, as the ranger in that story apparently did. So, since we’re planning on traveling in bear country, we should likely be afraid, right? Aware? Yes. Take appropriate precautions? Yes. Afraid? I don’t think so.

Everything you’ve ever wanted is on the other side of fear. – George Addair

As I said in my post about The Great Fear, we’ll be sure to take the necessary safety measures. That includes, but is not limited to:

The following video, which I have yet to watch, is the one that everyone recommends for those who will be traveling in bear country. I plan to review it today.

Thinking outside the box, how do you think a Grizzly would respond if we got down and started doing this? 😉