After a several day battle with our dinghy outboard, Tohatsu-Sama (I find he runs much better when I refer to him politely), it is now back up and running (for the time being). Somewhere along the way, we either acquired some bad gas or we have some moisture in the fuel. Either way, the dinghy, having sat for several days without running, refused to start. 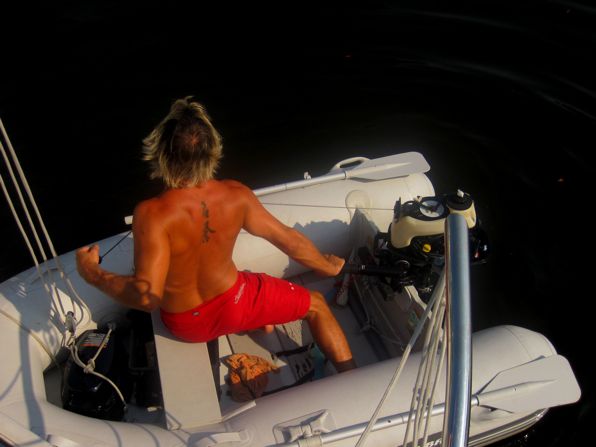 Yes, my back was quite sore after doing this about a hundred times!
Seriously though, I have learned that these engines require 3 things to function: air, fuel and spark.

Because I had only recently changed the spark plug, I didn’t change it again. I also didn’t have the #$%# to just hang onto it while trying to start the engine to see if it would shock me. I did take it out and inspect it though, making sure it was dry.

I, of course, made sure the vent was open so that there was air getting in. I even tried to start the engine with the gas cap open in case the vent was clogged.

This left fuel, which we suspected was the issue all along. I ended up changing the fuel filter in the engine. The design of the Tohatsu unfortunately requires one to remove the gas tank to get access to the fuel filter. That’s not very convenient. I also checked to make sure the fuel pump was working (yes, fuel squirted out when I removed the hose to the carb and pulled the cord).

A friend back home showed me how to remove the drain screw in the carb and blow into the fuel tank, hopefully dislodging any tiny crap that might have settled into the bottom. That didn’t do the trick. My final card to play, short of tearing off the carburetor and cleaning it, was to squirt some gas into the spark plug hole and try to start it. Doing so got the engine to fire up, but not continue to run. On about the 6th attempt at this though, I was finally able to coax Tohatsu-Sama in running, albeit very roughly. I had to sit and baby the choke and the throttle for 15 minutes until it would run on it’s own.

With a combination of short trips out on the water, and idling while tied to our stern, the engine was allowed to run itself dry. My intention today it to acquire some “good” gasoline and see if the engine is ready to “play nice” again. Fingers are crossed. 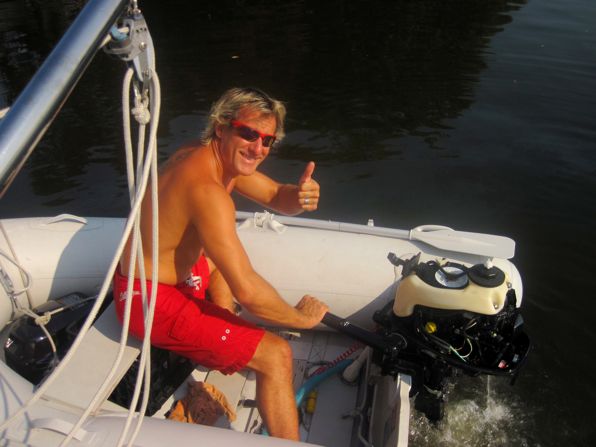 Foresight: If I knew then what I know now

How many days until Christmas?