Underway at 6:30 AM again today, we’re hoping to make it to the lower edge of the Potomac River today to anchor in Smith Creek. Yesterday we had a calm motor (1-2 knots of wind doesn’t make for very fast sailing) from Washington all the way to the Port Tobacco River. In areas like this we’ve learned that having the tidal current with us as opposed to fighting us makes about a 2 knot difference in our speed. So, although we had a bit more daylight so we could have gone a bit further yesterday, the current had shifted against us and it was hardly worth continuing.

When we pulled into the Port Tobacco River we were surprised but also happy to see a large marina in the bay that we wanted to anchor in. Surprised because we just didn’t notice it on the chart and also because our Garmin plotter doesn’t list it as a source of fuel. Happy because we needed fuel! Although our boat’s tank was 3/4 full, we had no additional fuel in our jerry cans and Ronzo, our generator, refused to run any more without some. The jerry-can relay in the dinghy went well and we met a couple of friendly people at the marina. Jeff: If you’re reading this, we hope to see you in Florida!

We had a cool surprise just before reaching our anchorage yesterday when we saw a catamaran coming towards us, and especially when they changed course and slowed to come towards us. It was Polar Pacer. Although we had yet to meet the owners of Polar Pacer, we were familiar with the vessel. A year ago August we saw this cat in one of our home area’s anchorages, Prinyers Cove. We then later heard from Bill Trayfors that he had installed a radio on their boat and they were enjoying it on their trip to the Bahamas. Bill had told us when we just visited him that Polar Pacer was northbound on the river so we were definitely keeping our eyes open for them. Hopefully we’ll see them again when they head back south.

While typing this post I am also multitasking a bit, checking into the Waterway Net on our new Ham radio. There is definitely a lot of voodoo with this radio stuff and I have apparently have a lot to learn. 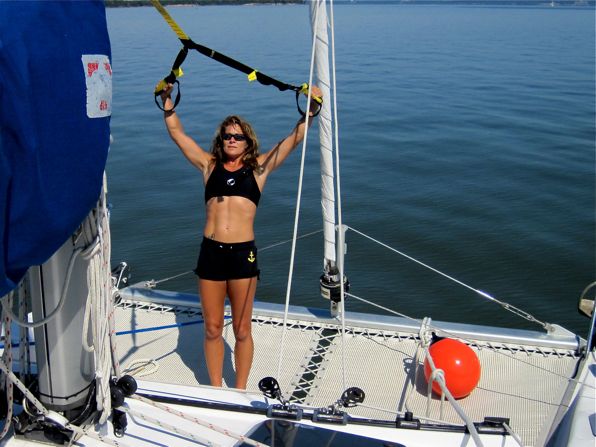 Calm waters while underway means at least one of us will be working out with the TRX. 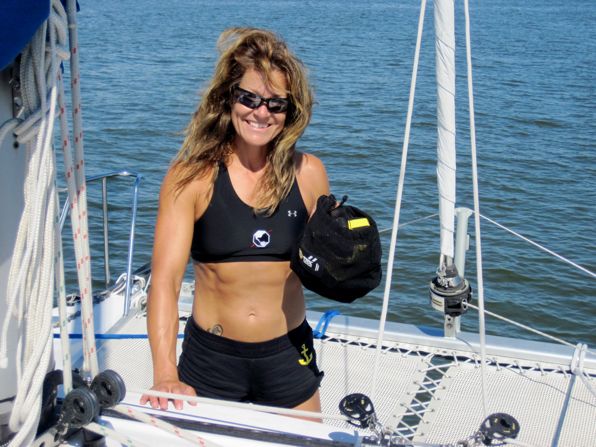 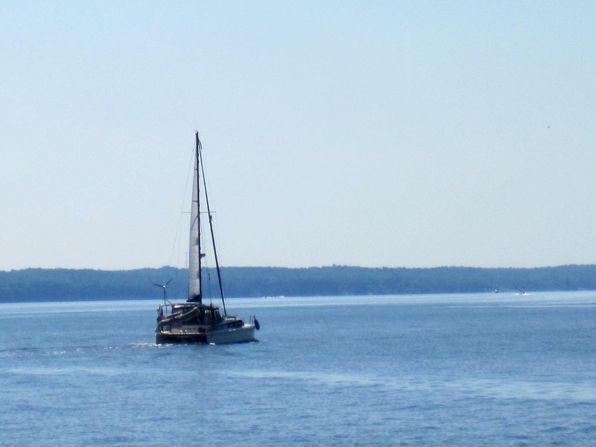 Polar Pacer. I can’t believe I didn’t remember to snap a pic until they were on their way. Doh! 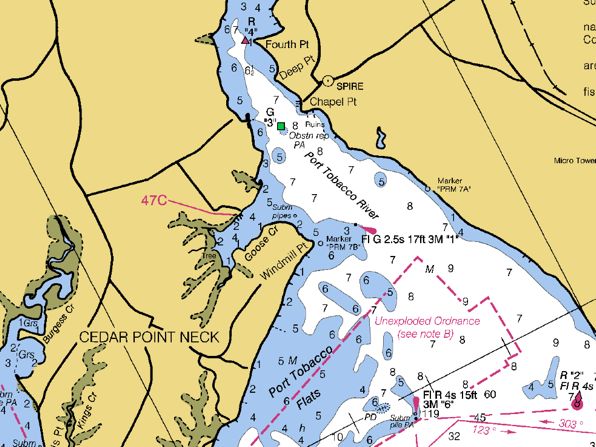 A story about our new J-O-B

Who needs a pole?