It’s time to move on. New adventures are calling!

I’d guess that many people, before they set off cruising, dream of idyllic, secluded bays that they can anchor in, and have all to themselves. I know that we did. We were fortunate to find just such a place for our last night in Carriacou and Grenada, and it was as perfect as we had imagined!

Anse le Roche, on the west side of Carriacou, is a spot that has spoken to us countless times as we have sailed by, urging us to come visit. Until yesterday though, we had yet to give in to that coaxing. The bay turned out to be as pristine as we had hoped, and as you can see from the photo above, we had it all to ourselves!

After visiting the sandy beach, we enjoyed a hike to a hilltop overlooking the bay, and then later a snorkel around its namesake rock (roche = rock). We spent a quiet afternoon reading, and had a few cocktails on deck in the evening. Later, with nothing in our ears but the sounds of nature, and the waves gently lapping at the rocks on shore, we were lulled into a peaceful sleep.

Today, now well rested, our intention is to clear out of the country with customs and immigration, and then make our way to the Tobago Cays, after first clearing in to St. Vincent and the Grenadines at Union Island. Goodbye Carriacou, and goodbye Grenada. We’ll miss you, but we have to move on. New adventures are calling! 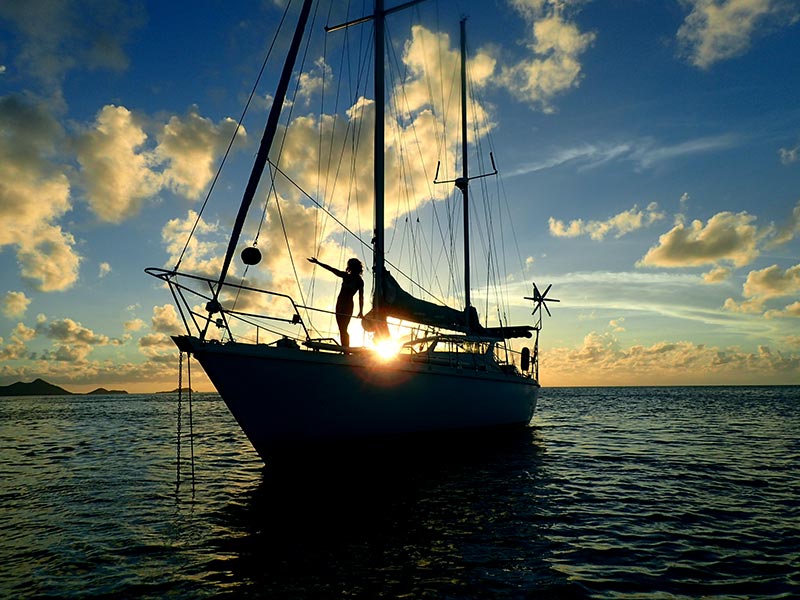 So long, Carriacou and Grenada. We’ll be back, some day.

I love it when a plan comes together!