We’re not having a lot of luck in our Gustavia anchorage. I already wrote how the other night, we had a large charter cat drag into us at 1:00 AM. I should mention that the individuals on that boat neither apologized to us at the time nor did they come around in the morning to make sure that there was no damage to our boat. Instead they quietly slipped away, moving to another anchorage. Not cool! Coincidentally, we found them on a mooring at Colombier Bay when Rebecca and I went there to explore. No, I did not go over to confront them about that… it just wasn’t worth the time and effort.

Last night was equally fun though. We spent the majority of the night on watch, making sure that we didn’t bump into (or vice versa) the two charter boats which came in yesterday and anchored on each side of us. On several occasions we had to physically push one of the boats away! Although frustrating, I really can’t place much blame on those guys for this. With the wind all but having died, the boats in the anchorage were just bobbing around randomly, none riding on their anchors. And because we’re in relatively deep water, each boat has enough rode out to allow it to intersect with their neighbors. Perhaps it’s time for us to get out of this anchorage? 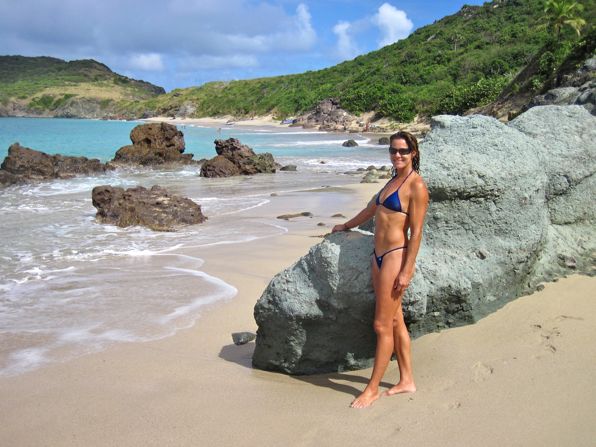 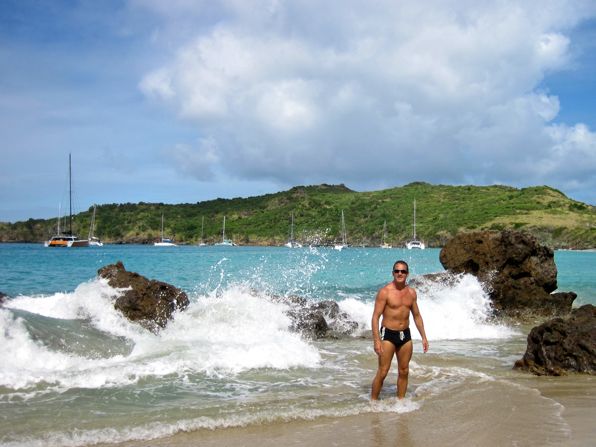 There’s also a bit of surf to play in. 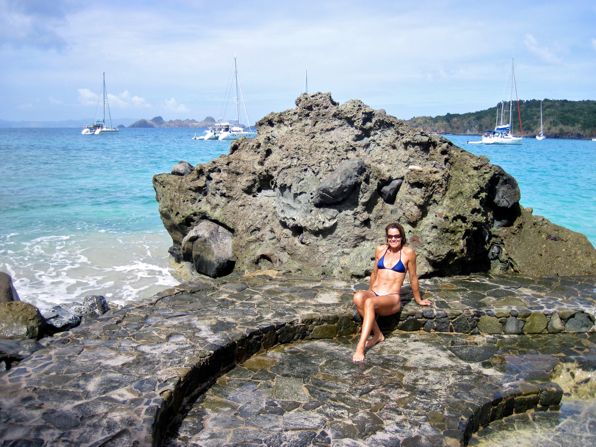 We’re unsure what the remains at the west end of the beach are from. 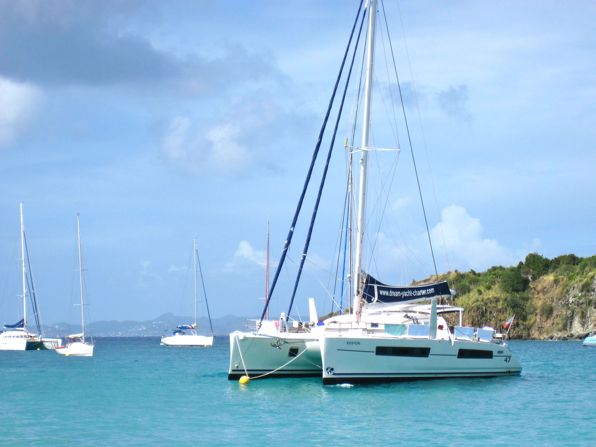 Our “friends” from the other night. By the way guys, you really shouldn’t attach to a morning ball like that. 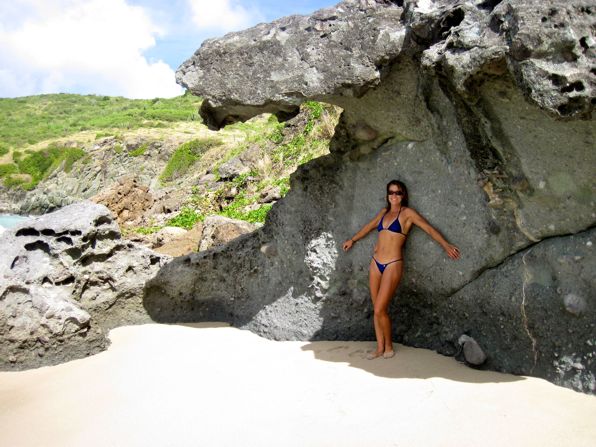 Rebecca humors me with a few bikini pics. 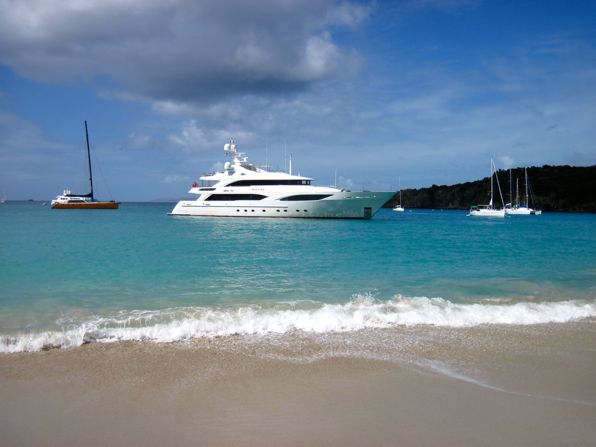 I have no idea what this huge mega yacht was thinking trying to anchor this close to the beach. Eventually even they decided it was crazy and moved out to deeper water. 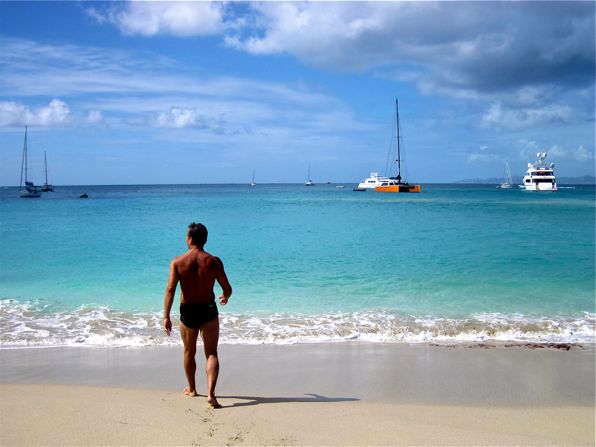 Time for one last swim before we head back to our boat.

Why didn’t I take Home Ec?