What do you do when your 10mm wrench, your only 10mm wrench, a tool that you need for a repair job, goes swimming in water too deep to recover it? You borrow one from your boat neighbor of course. But what do you do if their wrench goes swimming too? In our case, we moved on to our next friend and borrowed another one, hopefully without them knowing what just transpired. This wrench we tied to the boat though so as to not end up indebted to yet another person! Yes, the engine cable repair job turned out to be a bit more complex, and expensive, than simply swapping a cable. Don’t all boat jobs end up that way though? 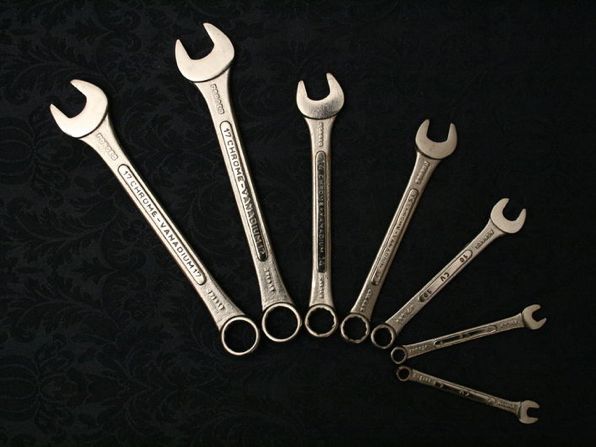 With new cable in hand I set about the process of swapping out the badly corroded one that I photographed for the previous post. Once knee deep in the job though I came to realize that the cable I was switching was in fact not the shifter cable but rather the throttle cable. I had no trouble with the throttle on the engine, it was my inability to shift gears which caused us to bump the marina dock!

Closer inspection showed that the culprit was the clamp which holds the cable securely (or rather should hold the cable securely) to the front of the engine. Without this portion of the remote control assembly doing its job, the entire cable can move instead of only the inside, which should be the only part moving. Unfortunately, for reasons not entirely clear to me, (only) this clamp and the bolts attaching it are badly corroded on both engines. I spent a fair amount of time trying to fit new bolts into the clamp to make it work and with a bit of jury rigging, did get it to function. The repair is not perfect though so I went ahead and ordered replacement pieces for each engine. Once these new ones are installed I’ll make sure they’re coated with grease so that they don’t fall victim to same corrosion issues. 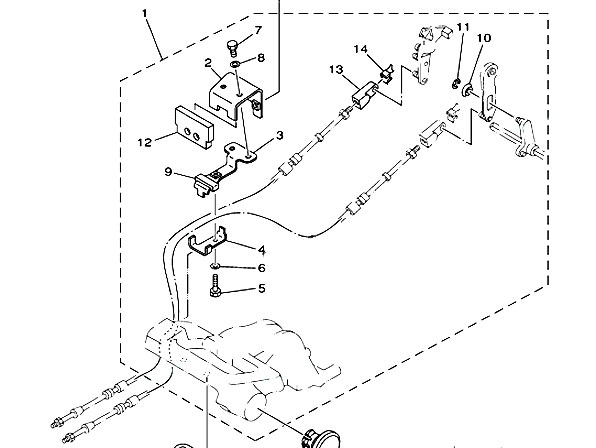 Parts 9 and 4 are the major problems. Our replacement parts were ordered from Boats.net

Note: I have been told that the cables on newer engines are not secured in the same manner. Perhaps this clamp was a problem item for others as well.

The glamour that is cruising