The Trouble with Tillers*

I mentioned before that we have friends who are determined to help me pass the Yachtmaster exam. Daniel and Beate, who crew on Coral, are among them and they offered to take us out sailing on their boat Galadriel on their day off.

Unfortunately, after tacking our way out the channel yesterday morning, we were met with some uncomfortably large, steep waves, making for less-than-ideal conditions. The conditions weren’t bad enough to send us back but we did alter plans a bit, deciding to head down the coast to Port Egmont to anchor and practice a bit in the shelter of the bay. Things were going pretty good too until after one particular jibe, we looked up to see the main sail torn. Bummer. No worries, we continued on into the channel, dropping the main and anchoring under jib alone. Oh yes, Daniel and Beate don’t motor… they sail everywhere. In fact, they told me later as I was short tacking back out of the bay that their engine doesn’t even work right now because they are waiting for parts!

The sail repair, although a bit time consuming, went without a hitch and after a coffee and a quick swim, we were back on our way again. Getting back out of the bay took some work, dodging reefs on each side. Did I mention that their boat has a tiller instead of a wheel? Just the thing to further complicate the process of short tacking in a narrow channel. We did ultimately make it out of course, only to find that the wind had died but the large swell remained. Not cool. Daniel and Beate took the tiller at this point and sailed us back to Hog Island. And yes, we made our way through the anchorage to retrieve their mooring line, all under sail. Impressive. Perhaps we’ll do that on ZTC some day.

Thanks for the day on the water, guys. Even if the conditions weren’t great, Rebecca and I had a blast! 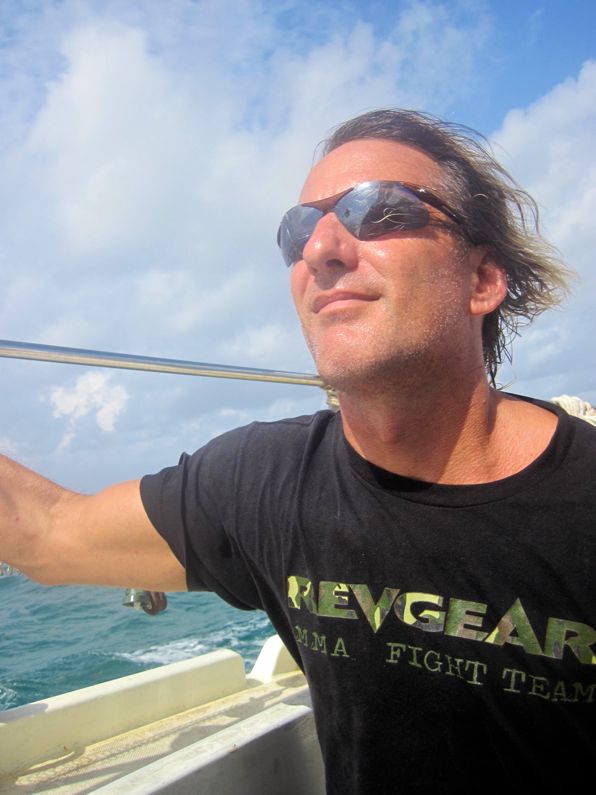 Focused on trying to pick up the nuances of steering with a tiller in big waves. 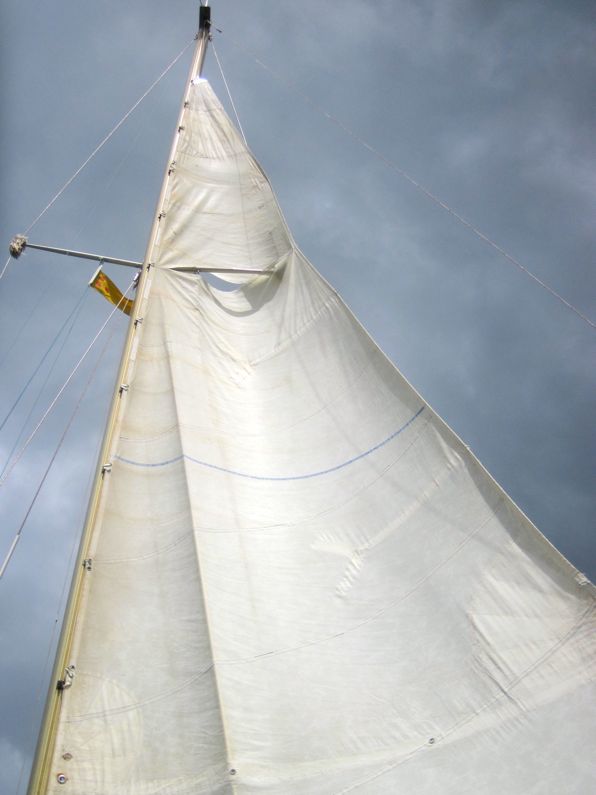 Oops. I was NOT at the helm, nor in control of the main, when this happened. 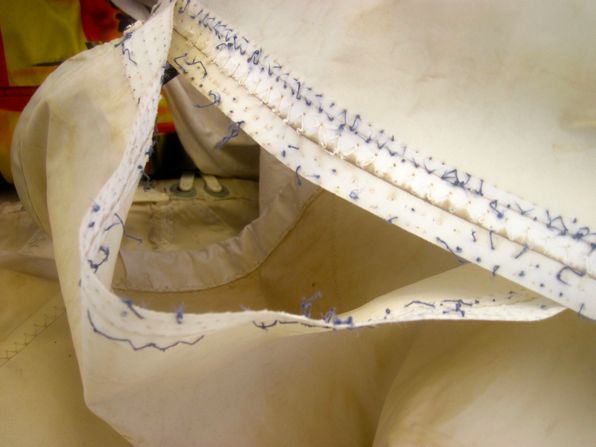 Fortunately the tear was just caused by threads coming loose at a seam. 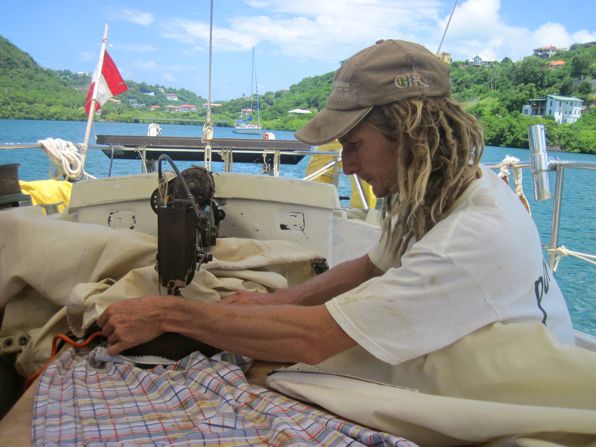 After anchoring in Port Egmont, Daniel busted out the sewing machine to make repairs. 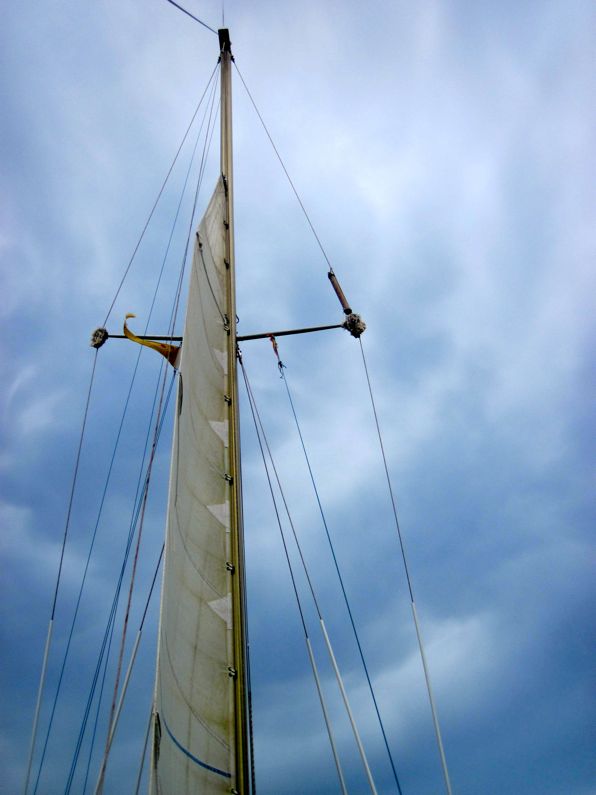 As good as new. 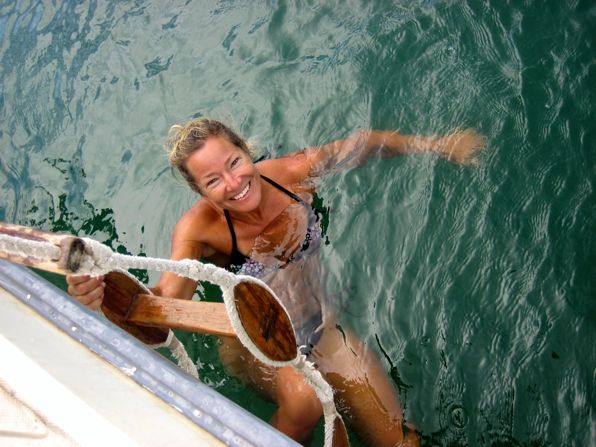 Cooling off before setting sail again.
Contrary to what our friend told us, we saw no sign of sharks in the bay! 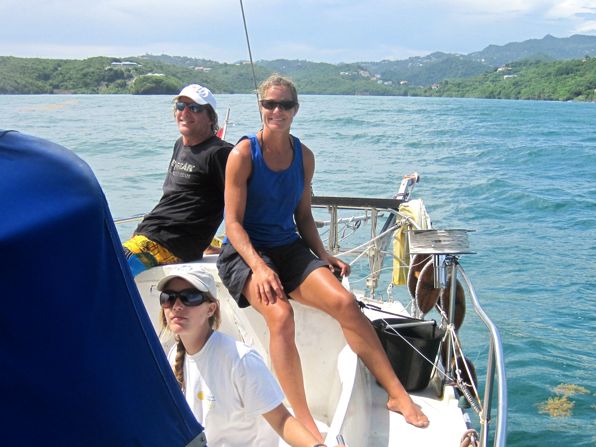 Beate on the tiller steering us down wind. 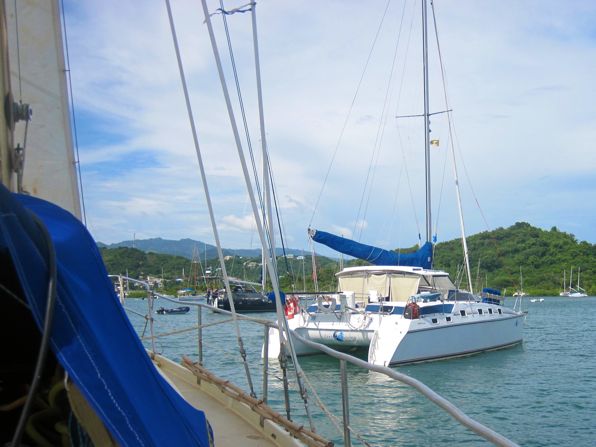 Passing close behind ZTC on our way to pick up their mooring, under sail of course.

Pics not enough? Here’s a short video Rebecca took while we were making our way through the waves.

*The post’s title is a play on the Star Trek episode The Trouble with Tribbles. Yes, I’m an old Star Trek fan.

All leaders are readers!