As much as we sometimes try to make it seem as if this cruising/live-aboard lifestyle would work for everyone, the fact is that that’s just not the case. There are so many things that we are forced to do that I know would be outside the comfort zone for many people. This does not mean that they couldn’t do it but rather that they likely wouldn’t. 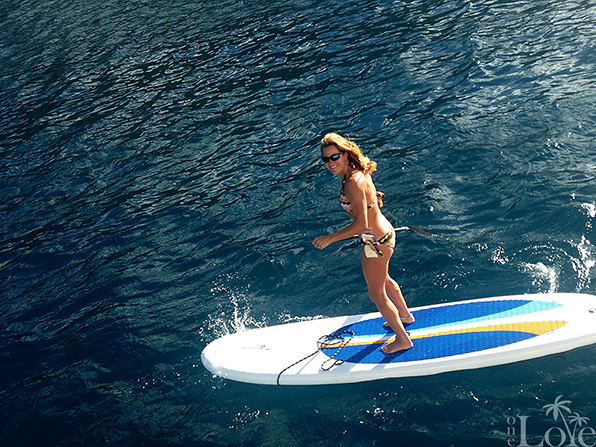 Rebecca paddling over to pay for our mooring ball in St. John.

In the past 24 hours we have been forced to deal with two unpleasant situations, both of which required going for a swim under the boat. Just this morning, as we waited for a mooring ball to become available in Soper’s Hole so that we could clear into the BVI, we wrapped a line around one of our props. The story is much more drawn out than that but the result is that we lost our starboard engine. Extricating ourselves from this predicament required anchoring the boat and then making countless dives under the hull, all the while with it pitching up and down, scraping our skin with barnacles and threatening to knock us out. 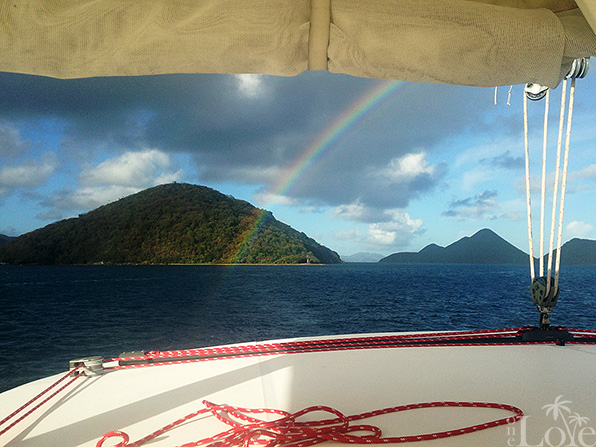 Welcomed to the BVI by rainbows.
The day would take a sharp downturn not long after this photo was taken. 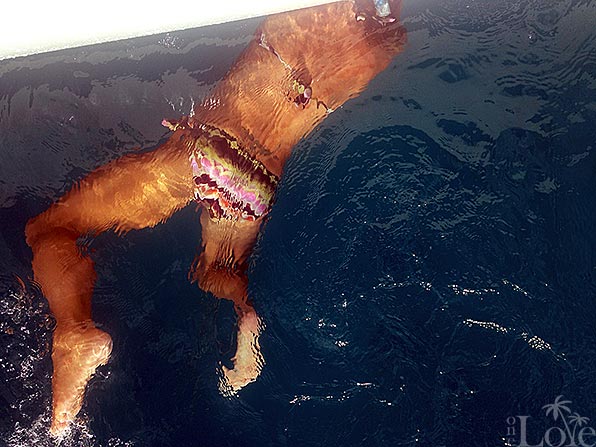 Rebecca took the first crack at freeing the line from the prop. I ended up finishing the job.

Less than 24 hours earlier I was forced to dive under the boat to perform a not-too-pleasant plumbing fix. For the sake of those who are perhaps eating breakfast or lunch, I won’t go into a lot of dirty detail on this. Let’s just say that it involved using an improvised plumbing snake to free up a clogged holding tank discharge. Use your imagination. Yeah… not a lot of fun!

Be happy that no photos were taken during the job described above!

Neither of these two tasks are outside the scope of what cruisers and boat crews do on a regular basis. If you’re planning on sailing to places where help is more than just a phone call away, you should be prepared to do the same.

Now that the boat is safe and we’re properly cleared in with Customs and Immigration, it’s time for a nap!