The (Plan) ABCs of cruising

A common topic of discussion, amongst both cruisers and our non-sailing friends, is where are we going. When are you going to be there? How long will it take for you to get there? What route will you take? These are all questions that are next to impossible to answer with any great accuracy. Let me give you an example of how we make our plans which will show why that’s the case.

Yesterday morning, while we were anchored in Sapodilla Bay with no real plans on moving, I followed a radio conversation (‘followed’ means that I eavesdropped on it, which is pretty much expected on the VHF) between our friends on Happy Times and another boat. The people on the other boat were describing their intention to move from Sapodilla Bay to South Caicos. While listening in I grabbed our chart and after hearing their reasons for moving, I thought it sounded like a good idea too. After running the idea by Rebecca, who is pretty much game for anything, I called our friends and told them that I thought it sounded like a good plan too. The anchorage at South Caicos apparently has a well established settlement with food and fuel and we will be able to clear out of the country with customs from there also. Sounds great, right? Within 30 minutes, we had the boat squared away for travel, our dinghy raised and secured and all relevant waypoints plotted into the chartplotter. We were good to go.

Just prior to setting out though, we heard back from the original boat that left, saying that they were turning back. Why? With wind and waves on the nose (where else would they be?) they would be unable to get across the banks before dark, a big no no. Their friends, who left just after them, were turning around too.

Although we might be forced to do the same, we, along with our friends on Happy Times, decided to test the waters ourselves. After all, we have significantly different boats than the other two and our situation may vary. Well, after getting out there and on course, by running both engines, we were able to make sufficient speed to get across the banks with good light, but not quite enough to make it right to South Caicos. No problem… I had plotted a secondary anchorage about 7 miles closer, Plan B. I radioed Happy Times and ran Plan B by them and like us, they were game to switch gears.

Plan B continued on for about an hour but with 7 hours of bashing ahead of us, running the engines at high revs, I was looking for an escape route. We could have turned around and went back, but that wasn’t appealing for a few reasons. That’s when Plan C emerged. More study of the chart showed that if we turned to starboard, we could make it to French Cay, about 10 miles south, by 1:00 PM. Again we radioed our friends and when I described the alternative to bashing, which was a nice SAIL to French Cay, they also thought it was a great change. Plan C it was then. In the space of a few hours our plans went from staying at Sapodilla Bay to moving to South Caicos, to stopping at Six Hills Cay to going to French Cay. This is pretty typical when your plans are determined 100% by the weather.

Want to read someone else’s take on this? Check out what Livia wrote on their blog. 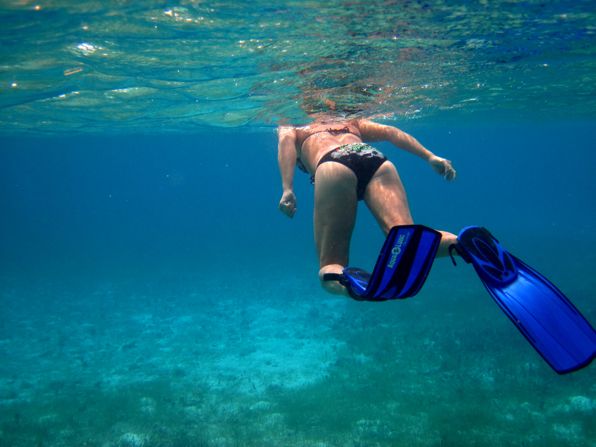 Rebecca and I checking out the area around our boat at French Cay. 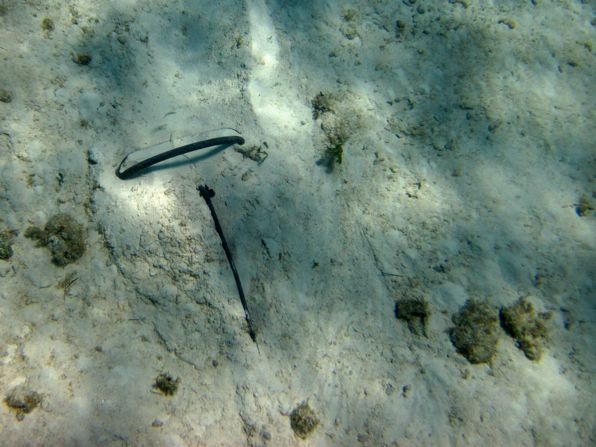 Rocky is on the job! 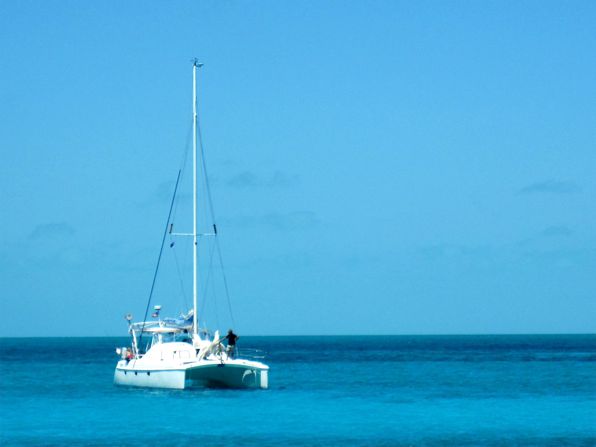 Our friends on Happy Times about to anchor. 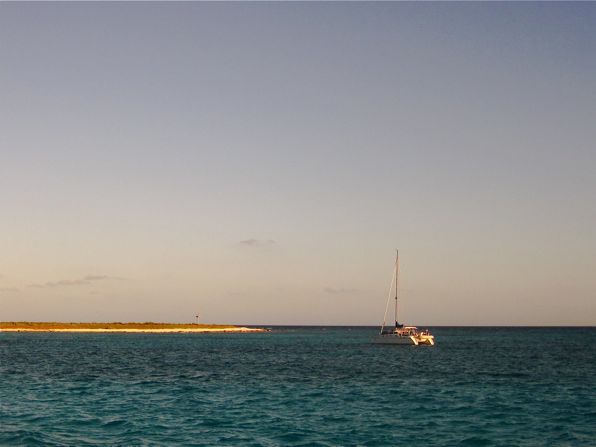 ZTC with the sun setting on her. 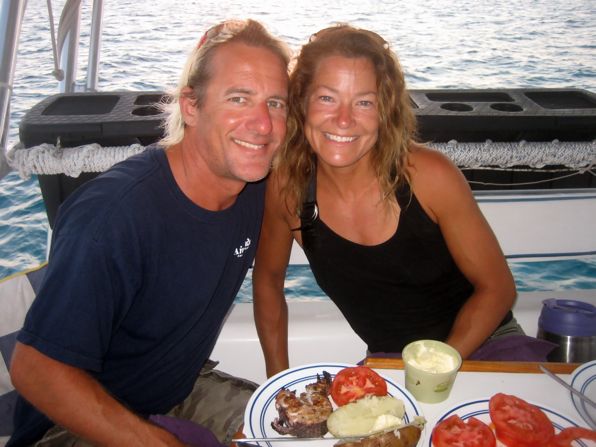 Please stop when we ask you to!

Have the seeds we’ve planted begun to sprout?