Today, June 1st, officially marks the beginning of the Atlantic Hurricane season. I’m not so sure Mother Nature was aware of this though because she has already taken it upon herself to throw two storms out there, Alberto and Beryl.

For reasons which are probably quite obvious, cruisers tend to pay pretty close attention to the weather. During the hurricane season most get even more diligent about this, especially those who have chosen to remain inside the “box,” the area which is statistically more prone to tropical storms. 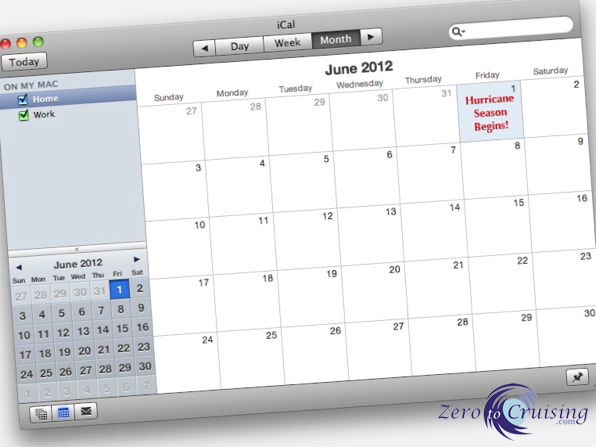 In order for us to be covered against named storms, our insurance company requires us to be south of 12.5 degrees north so officially, now that we’re in Carriacou, we’re cool with them. We have no intention of remaining here though. When the weather settles down, as it’s supposed to on Sunday, we’ll likely be making the run down to the south coast of Grenada, our base for the windy season.

Many of our friends will end up in the same area although we do know of some others who have opted to stay in the Virgin Islands or other points north of here. I hope that, in spite of the couple of early storms that we’ve seen, the rest of the season is benign and everyone has a safe and enjoyable summer. 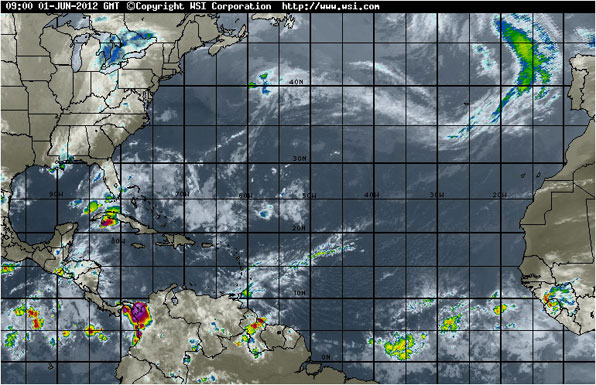 Trying to make the boat shine