As most readers of this blog know, I am a big fan of redundancy, especially when it comes to important systems. It’s for this reason that we brought ZTC’s Honda 2000 generator on board One Love last summer. My thinking was that if the Leopard’s generator was to fail, and I didn’t want to run the engines, I’d be able to hook up the Honda to charge the batteries.

While we haven’t found ourselves in the position of having to do that, one of our friends who was having some charging issues on his boat asked if he could borrow the generator yesterday. Now, that Honda has sat in a locker unused since last June when we put ZTC on the hard so I was quite curious to see how it would work. As we have come to expect though, that generator is virtually bulletproof and it fired up almost immediately for him (I had run it completely out of fuel when I stored it so he needed to pull the cord a couple of times to get some gasoline into the system). That’s why these generators are considered the gold standard for cruisers everywhere, they work when you need them to! 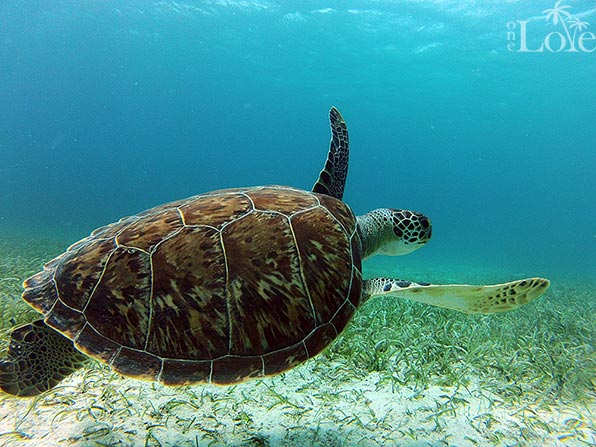 No boring pics of generators today.
Instead, here are a couple shots of a turtle that we swam with yesterday! 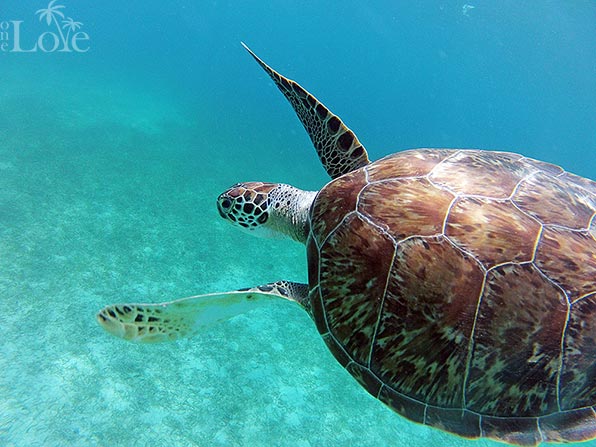 Will work for beer!