The eagle has landed

After more than a month of trying to acquire them, we now have in our possession the two Garmin chartplotter chips that we needed (wanted!) to continue our travels south. When I last wrote about this, the shipment (number 3) was held up in Nassau at the Fed. Ex. facility. After calling Fed. Ex. by Skype, I was informed that they simply wanted money for duties and taxes that they said were payable. One hundred and sixteen dollars later and the package was supposedly released and on its way to GT. But where in GT?

After two days, the Fed. Ex. website showed that the package had been received by M. Sweeney. Hmmmm. I didn’t remember actually getting the package yet! Rebecca and I visited Exuma Markets again, where the packaged was addressed, and was informed by the guy there that no, the package was not in their office but that they have someone picking up parcels from the airport 3 times per day so if it was in GT, they would get it. He also proceeded to give me a useless lecture on how to address the package (a bit late for that), how long it takes to ship from the US (he wasn’t listening when I told him that Fed. Ex. said it had been delivered already) and that I should have a Bahamian phone to call them. Grrrr!

Another day passes and we have a friend who is heading into town check at Exuma Markets for us. While at Volleyball Beach we are relayed the message that “the bun is not in the oven.” 🙁

On the 3rd day after M. Sweeney supposedly received the package, Rebecca and I take matters into our own hands. I called Fed. Ex. and after being put on hold several times, was told that the package was at the GT airport and we simply need to show up there with picture ID to claim it. Fine. Off to GT we go. I should mention that the wind has been blowing steady 20-25 for a few days so the trip across to GT, or more specifically, back from GT, is not going to be dry. At all!

Before heading to the airport, we stop at Exuma Markets one final time. This time I asked Rebecca to go in and check for me while I waited outside because if that guy decided to give me another lecture, I may very well have smacked him. Rebecca hears a similar crap story which includes that they have been calling the airport to find out about our package and that there is not one there. Whatever.

The GT airport is about a 20 minute drive away. A one-way taxi is 25 to 30 dollars. Forget that… we are hitchhiking. It took us 2 rides to get there, one in the back of a pickup truck, a bit of walking and one ride all the way back. Result: hitchhiking was FREE and probably took us only a few minutes longer than the cab ride would have! 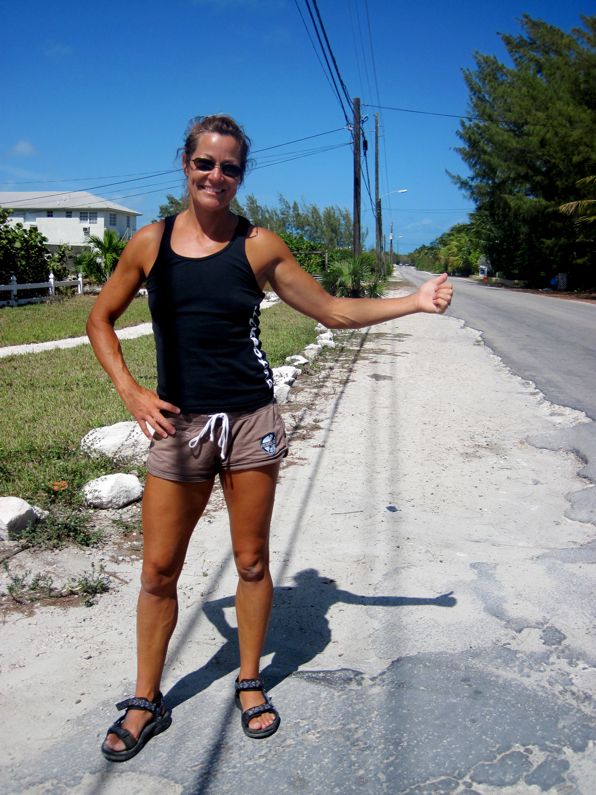 Hitchhiking strategy: Have Rebecca hitchhike while I hide in the bushes. 🙂 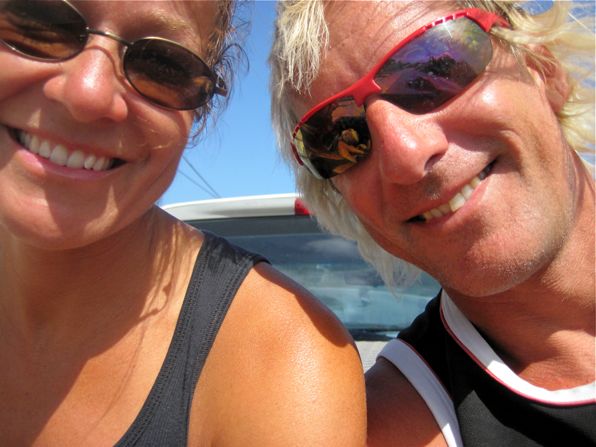 Riding in the back of a pickup truck. 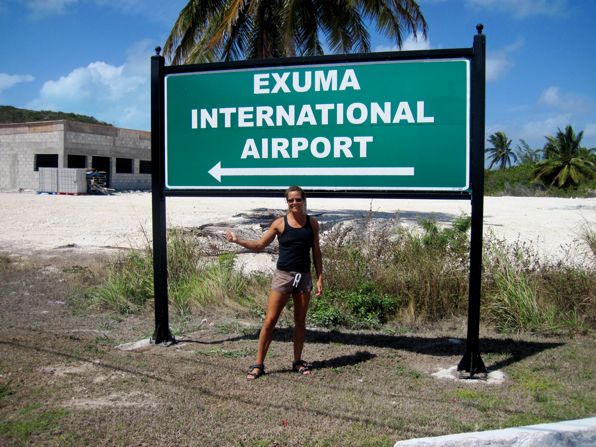 We entered the airport and were quickly directed to the BahamasAir office where, when I described the package that we were looking for to the lady working there, she looked at us puzzled. Oh oh. We were soon to find out why. I told her we were looking for a small package or an envelope when what we found was a fairly large box. I assume that after customs in Nassau opened the package, they simply stuck it in some random box that they had available and sent it on. Anyway, we thanked the BahamasAir lady but before celebrating, moved to the lobby to open shipment number 3 to see if it was indeed the SD cards that we had ordered. Success! Now we are happy. 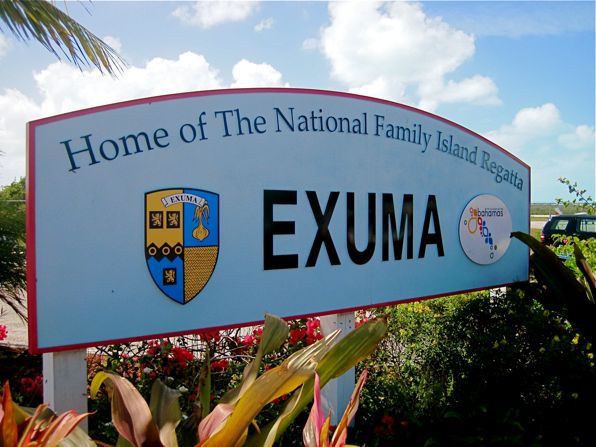 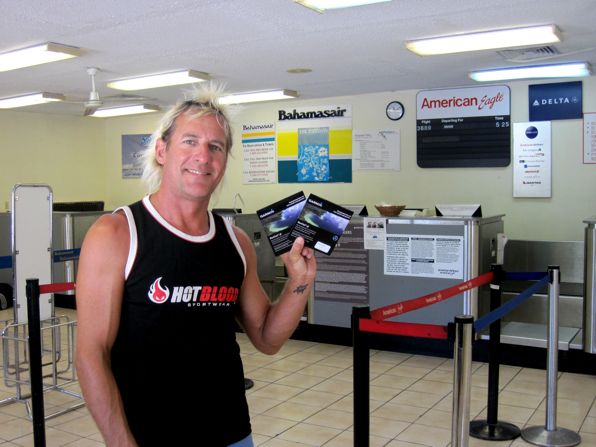 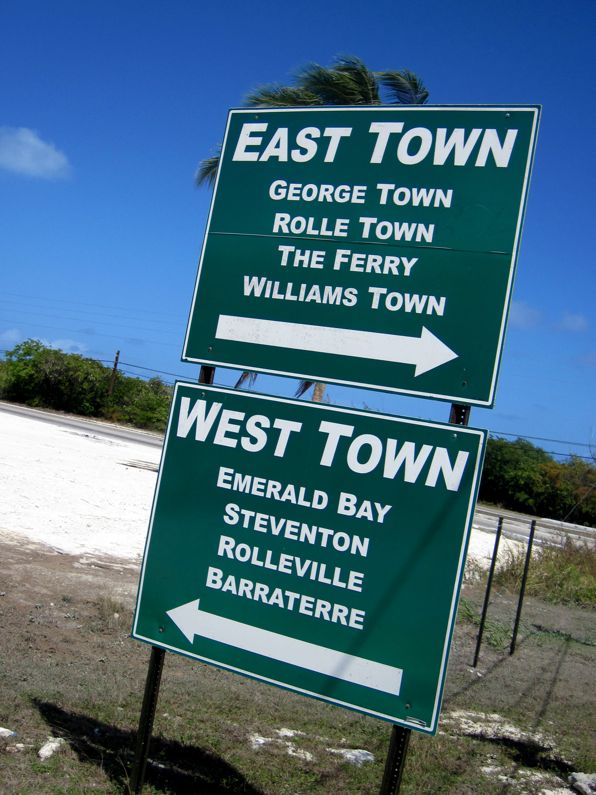 The final step in this process, after returning to our boat*, was to check the chips in our chartplotter to make sure that they worked. I will admit that I have not yet checked the Southwest Caribbean chip but the one for the Southeast Caribbean functions as it should. Woo hoo! Grenada, here we come.

*Remember that wet ride that I mentioned? Half way back across the bay, with our boat partially filled with water and both Rebecca and I completely drenched, our engine decided to quit. Rowing back would have been almost impossible but we did have our handheld radio with us to call for help had it been needed (everyone should cary a handheld radio when making trips like that). As it turns out, we quickly found that in the pounding waves, the fuel line had come free from the outboard, causing it to quit. After replacing it, the engine fired right back up and happily, we were able to complete our trip back to the boat under power.

**Special thanks to all those people who offered advice and assistance during this chip-acquisition fiasco. We really appreciate the help and support that we receive from people here, on the water with us, and those following along at some distance via our blog.

Almost as good as having guests

Sigh… money in, money out!