It will be four years ago tomorrow that I wrote about adding a small cleat to the transom of our dinghy. That inexpensive and easy-to-complete modification continues to pay dividends.

Yesterday, while en route to Clarkes Court Bay, we passed by a lady rowing a rigid tender who appeared to be working hard to make headway against the strong easterly breeze. Had her engine not been tilted up, we may not have turned around to ask her if she needed help. It was though, and we did, and yes, she did (want some help). Towing her and her son east to Woburn was a simple process after I looped the eye of her painter over the cleat. Could we not have towed her by tying the line off somewhere else, or holding on to it? Of course, but my $5.00 plastic cleat made the job so much easier, and looked cooler too!

By the way, shortly after acquiring the tender that we had on the Leopard, we made the same modification, and ultimately ended up using it on several similar “rescue” missions. 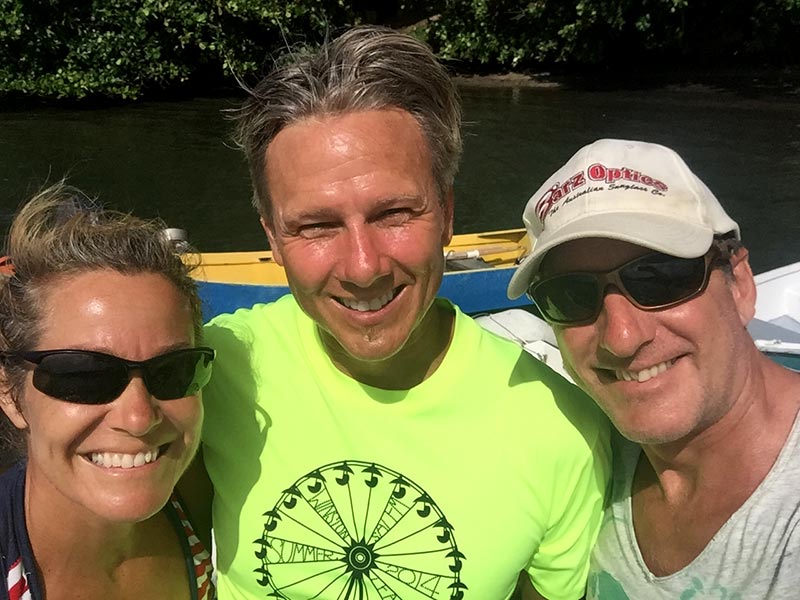 In addition to the above repost/reminder, I’d also like to give a shoutout to our friend Andy who, on one of his last nights in the area, visited us yesterday to spend the night on Frost. It’s always super cool for us when people make the jump from online friends to real-world friends!

Are we destined to row?

The coolest features on our Amel Maramu