As we didn’t get off the dock yesterday to begin our davit reinforcement project, the rain conspiring against us, we instead invested most of the day organizing the boat. Placing the various items in locations where they can still be accessible while guests are on board, without disturbing the guests’ belongings all that often, is taking some planning.

While that was going on, we also made plans to give our ice cream maker another trial run and invited some friends over to share in the results. One of the key ingredients in the ice-cream-making process is rock salt, the type of stuff that people in colder climates put down on their sidewalks to make the ice melt. As you might imagine, there is not a great call for that here in Grenada. While you can often find small packages of the stuff in supermarkets, overpriced and marketed as ice cream salt, we knew that we’d need a better source. Fortunately we found a supply at the local Ace Hardware store. A 50 lb. bag of Pool Salt could be purchased there for about $12.00 US. Deal! Of course, we still had to make sure that it worked, hence last evening’s test.

I am happy to report that both the salt and the ice cream maker performed flawlessly netting us a large batch of tasty vanilla ice cream. So tasty in fact that our friends on Banyan declared our home-made ice cream to be “The Best Ever!”

For the record, it is officially OK to have dessert before dinner when on One Love! 🙂 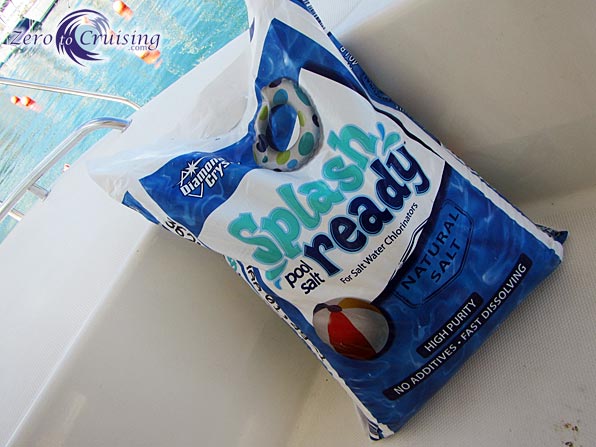 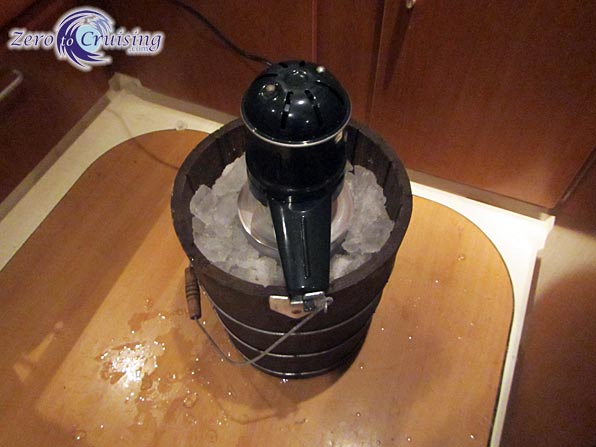 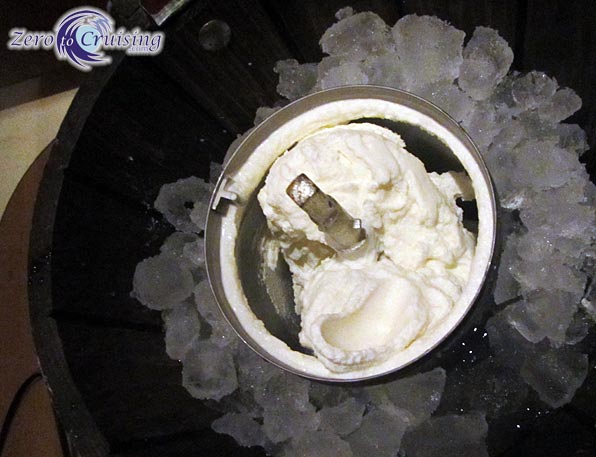 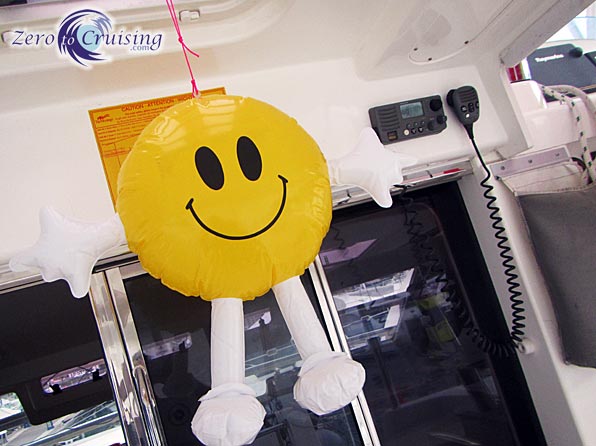 That’s a lot of water!