That’s why they call it a rain-forest!

While we are very much in tune with how much the weather affects boat life (Have you been paying attention to the tropical weather developments? We have!), Mother Nature caught us a bit off guard during yesterday’s hike.

This was the fourth time Rebecca and I have done the Mount Qua Qua to Concord Falls trek, the last three times having acted as “guides” for some friends. It’s a fairly difficult hike which kicks off with a steep 45-minute climb up a frequently-muddy trail. Following that, hikers take a trail off the ridge line and descend into the rainforest, crossing and re-crossing a little stream which ultimately turns into the large waterfall. The difference this time was that the little stream wasn’t so little, even from the get go. While we may not have had a ton of rain back in the southern bays, the rainforest had obviously been getting a fair amount (we can almost always see dark rain clouds in the distance over the hills). This additional water had caused the river to swell considerably, making for a very wet, and sometimes exciting, trip down to the falls.

There were six of us in the group and although none of us managed to escape without a muddy backside, our dirty clothes and shoes were washed each time we forded the river. Although when we arrived, we were all impressed by the fantastic amount of water roaring over the falls, not one of us dared risk swimming beneath the huge cascade, fearful of being hit in the head by miscellaneous debris which could easily wash over the edge. No, unlike all of our previous trips to Concord Falls, we chose to enjoy the water from the safety of the shore.

The trip concluded without incident and I suspect that this morning, most of us are at least a little bit sore from the day’s exertion. At least I am. Hopefully our friends enjoyed getting wet and muddy as much as we did.

As for you, Mother Nature, I’m going to continue to keep my eye on you! 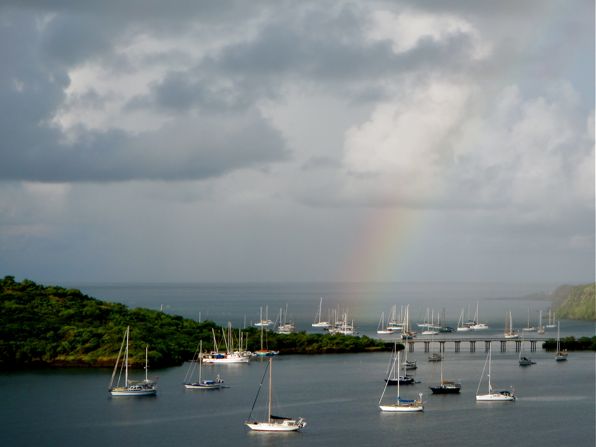 This rainbow was almost landing on our boat as we set off on our hike. A good sign? 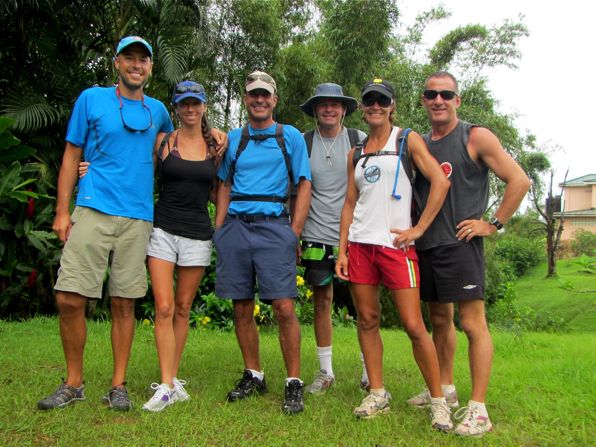 Look at how clean and dry everyone is.
A photo even 5 minutes later would have been entirely different. 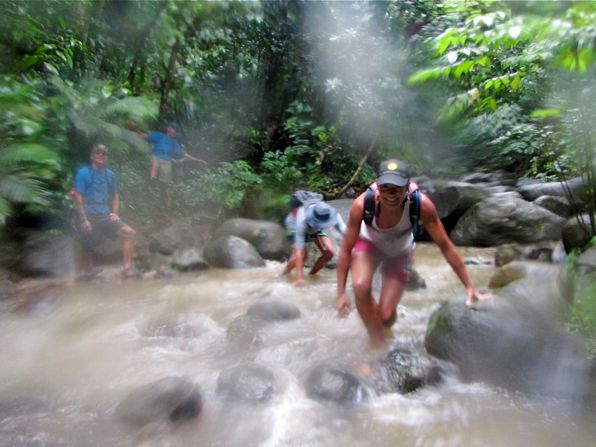 Blurry photo? Yes, it was raining… 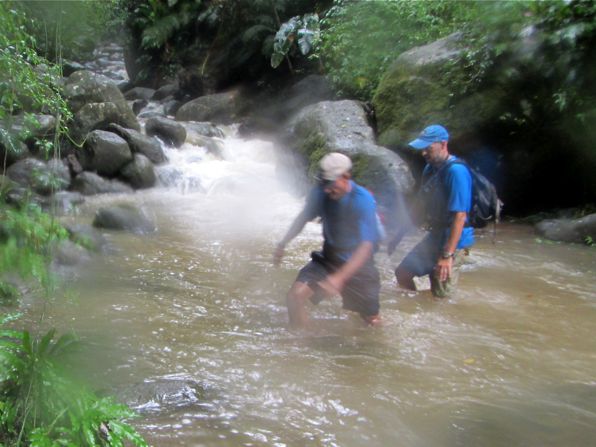 …and the camera was getting splashed. You get the idea though, there was a lot of water! 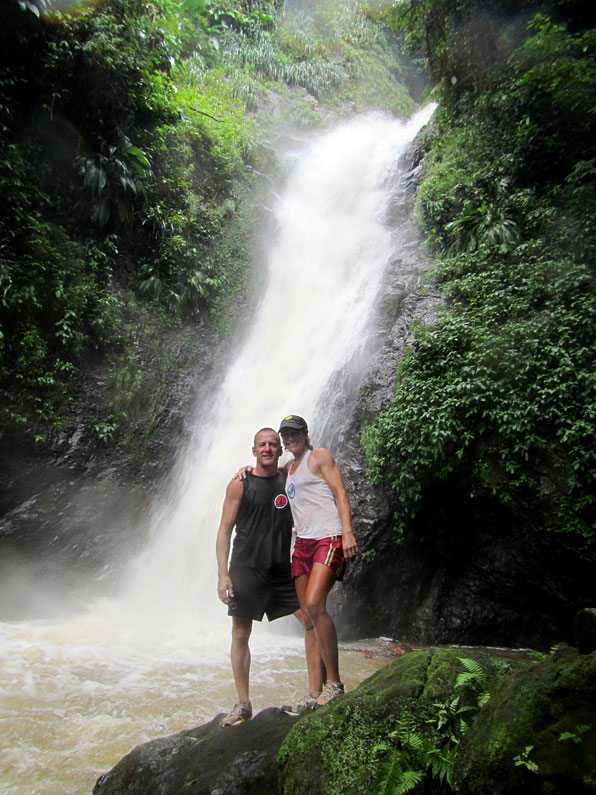 The river was running so hard that no one wanted to risk swimming in the waterfall. This was the fourth time we have done this hike and we have never seen the river this high. 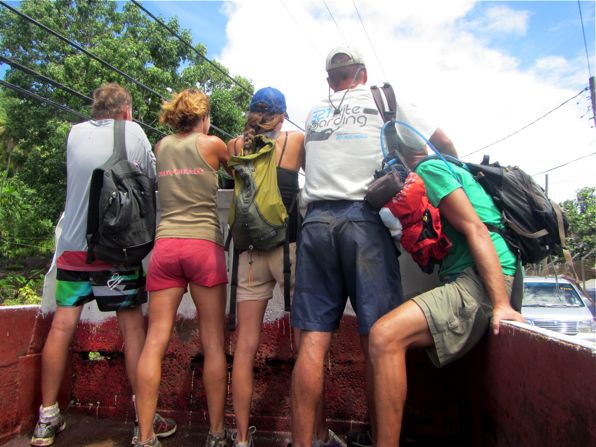 As each bus that passed us was full to the brim, we opted to hitchhike.
We were rewarded with an exciting trip in the back of a dump truck.

PS: The monkeys of Grand Etang continue to elude us. 🙁