My hypothesis when I posted my firearms survey was that very few cruisers actually sailed with guns on board, outside of US waters. If I was to go by the limited responses that I received (only 1 or 2 actual “I carried guns” replies), I’d have to say that my hypothesis was correct. That wouldn’t be very scientific though. In addition to what was posted on our blog, I received a private message from a friend, one that wishes to remain nameless, who stated that not only did he keep a gun on onboard (recently acquired), but that he had first hand knowledge that many other cruisers did too. The content of that conversation surprised me, but I trust the source.

I added a couple of links to a comment reply yesterday but I’ll repost them here as most people will likely miss them.

In case anyone thinks that simply hiding the guns and not declaring them is a good idea:

Declare your Firearm or Face Jail

This second link is not about boats, but it does show how serious an issue this is:

Ex-Marine Who Carried Loaded Guns Into Mexico Is Released 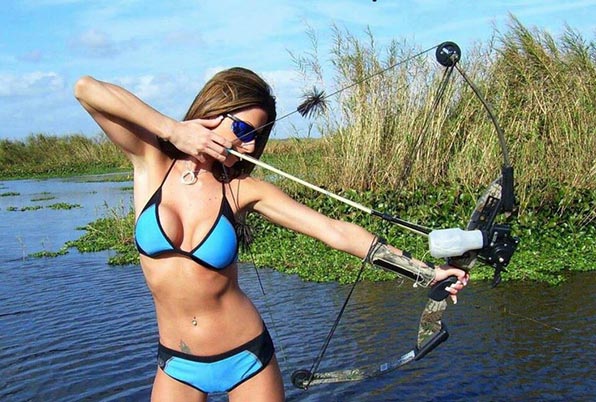 In an only quasi-related topic, I just started reading a book entitled Dies the Fire

. I’m only part way through it but, at the beginning of the story, an event that they refer to as The Change causes all modern devices that rely upon electricity and/or combustion to stop working. This includes all engines (cars, planes, etc.), and all firearms! In the book, everyone immediately devolves to using swords and archery equipment for hunting and defense. So, on that note, maybe we should carry a bow and arrow set on board? Perhaps even one set up with a fishing rig

You only regret the chances that you didn’t take