Steel is strong until it’s not

I try to be vigilant and keep an eye on the boat and its systems. The images below illustrate why that’s so important. The first 2 pics are of the bow shackle which connects the starboard leg of our anchor bridle to the boat. Is that just a blemish on the shackle or a crack? Oh, that’s a crack!

I noticed this just moments after we deployed our anchor in Anegada. While having it part would not have been the end of the world, it would have created some unnecessary drama and stress on the windlass, especially if we had been ashore eating lobster when it happened. Good thing I had a large spare shackle which, immediately after this pic was taken, we swapped for the damaged one. 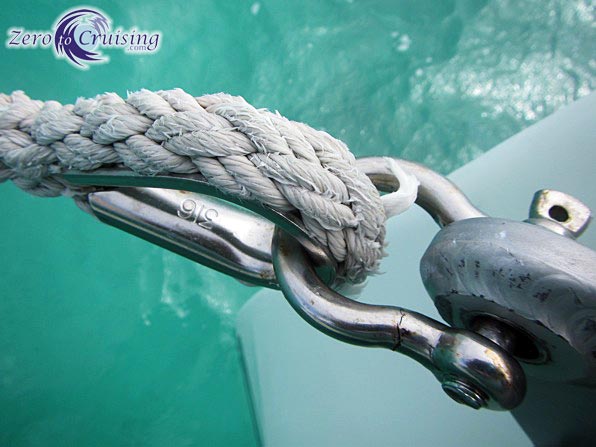 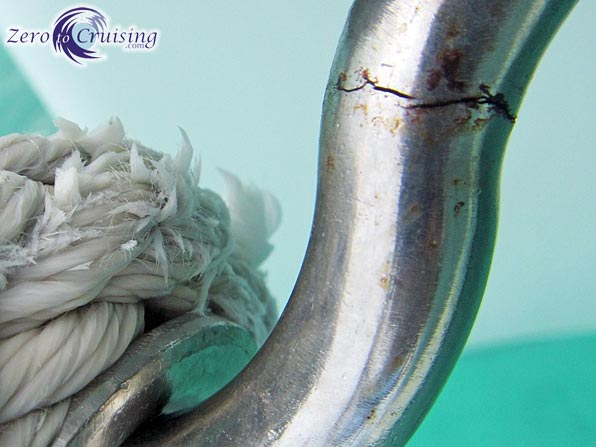 Note that I took the pics before swapping the shackle.
I do have my priorities straight. 🙂 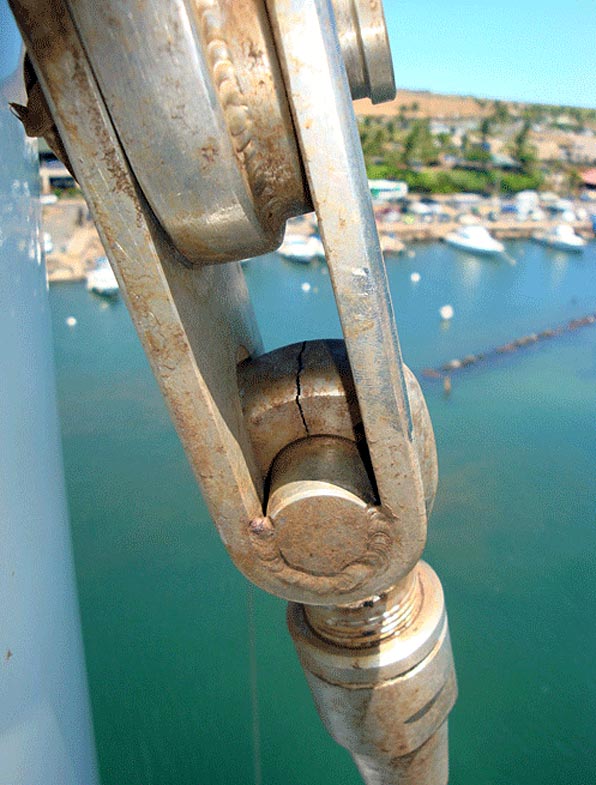 This is NOT my photo but rather one that I had saved on my computer.
THIS definitely would have caused some drama!

Locks: good but not too good!