Our stay in Mexico City was far too short

It was one week ago that we rode into Mexico City, the largest metropolitan area in the western hemisphere. Since that time, we’ve ridden our bikes near end to end of the city, visiting museums, exploring, and eating more tacos than I can count. 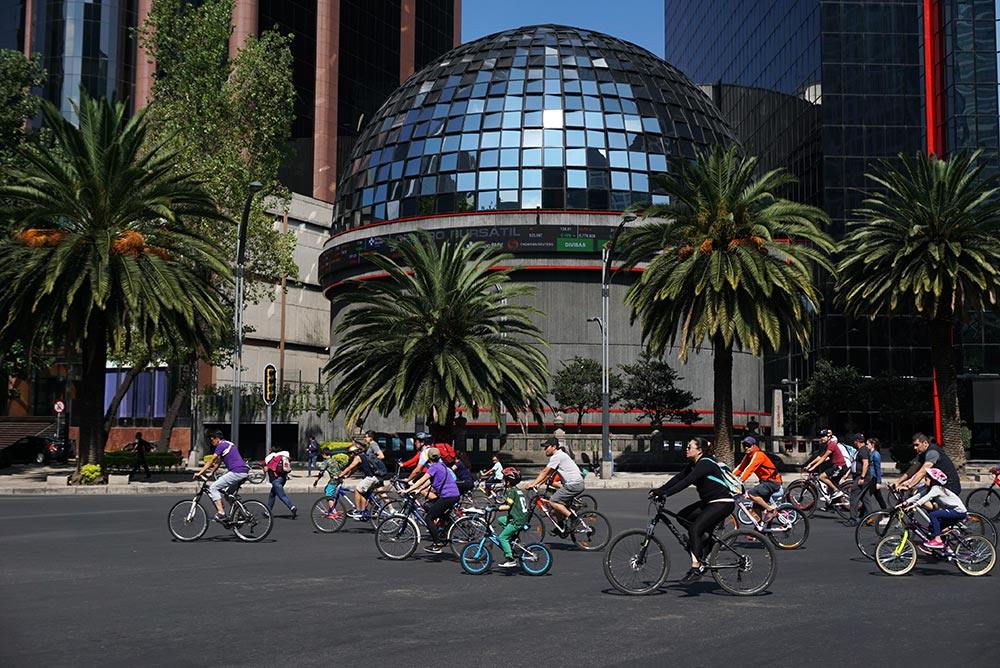 Every Sunday a number of streets are shut down so that cyclists, rollerbladers, pedestrians and others looking for a safe place to get active can get out and about. 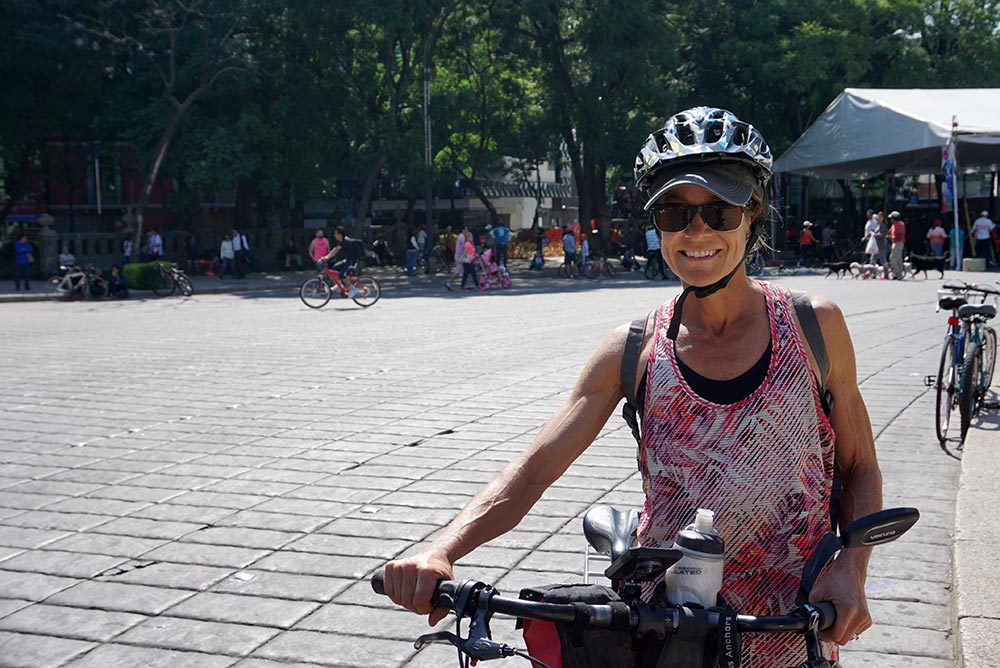 We rode over 24 miles on Sunday, just for fun! 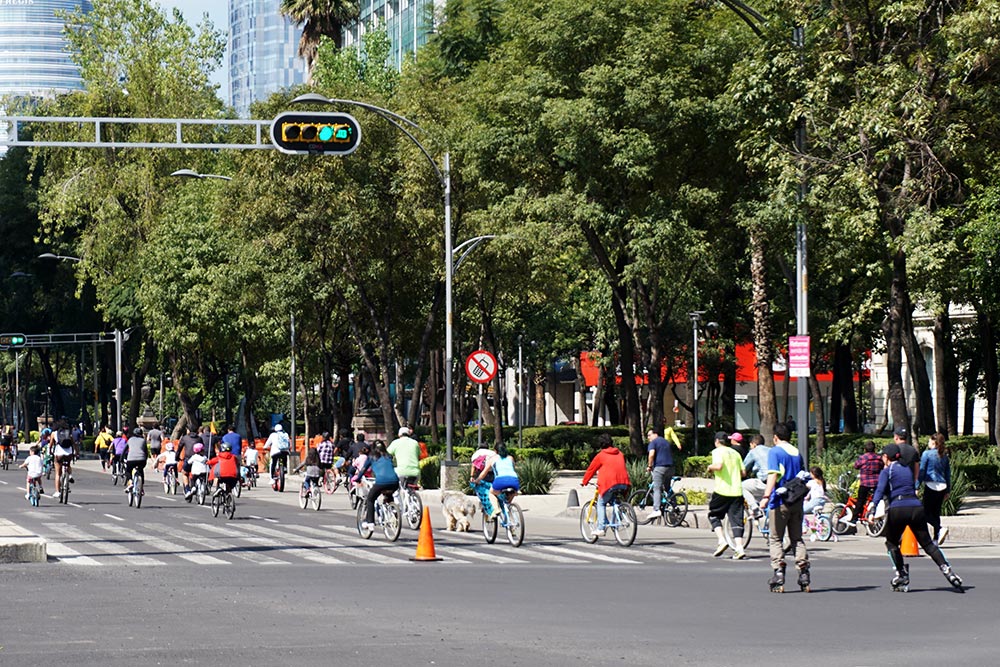 My guess is that there were thousands of people on the streets! 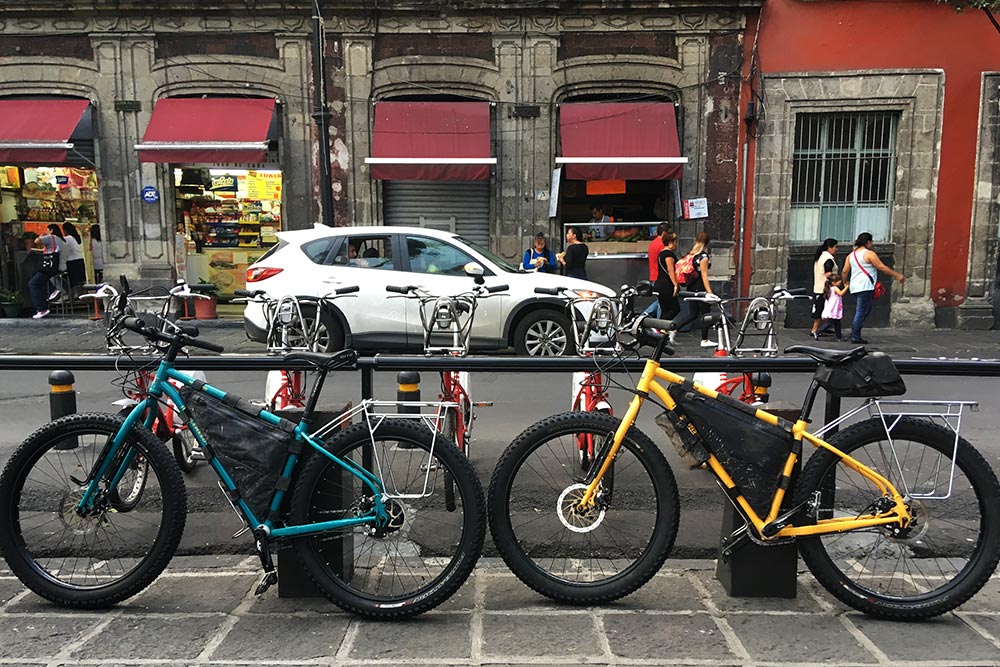 While in the city, we’ve been guests of another gracious Warmshowers host, Filipe, who lives not more than a 10-minute walk from the Zócalo, a perfect base for exploration. And as it turned out, our cycling friend Carlos, who we first met in La Paz and then later in Zacatecas, was also staying with Filipe, adding to the fun. 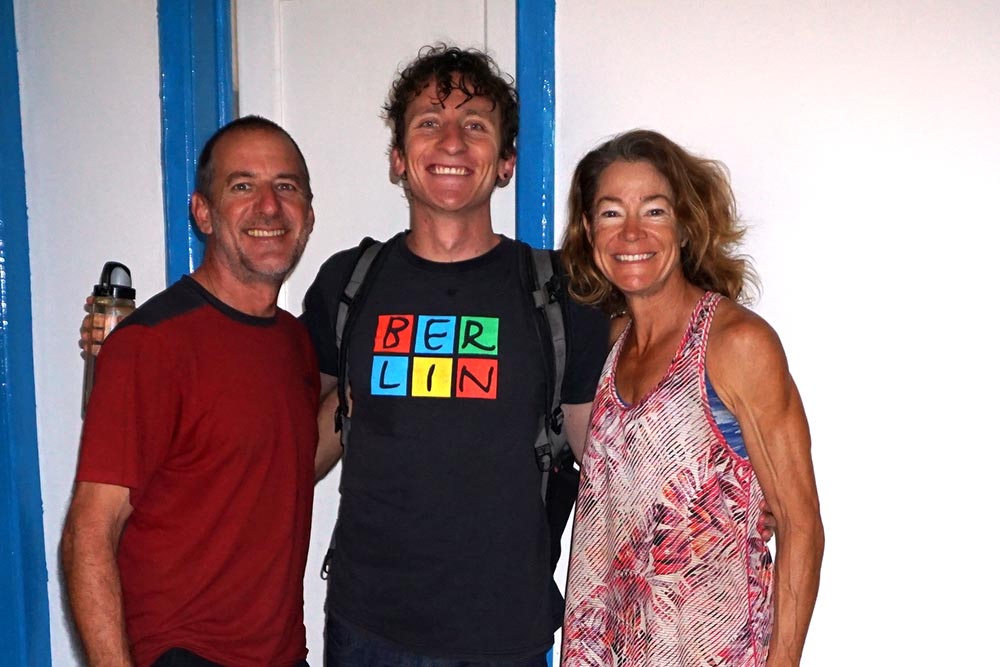 Our host Filipe cycled from Amsterdam to Xi’an, China along the famous Silk Road. 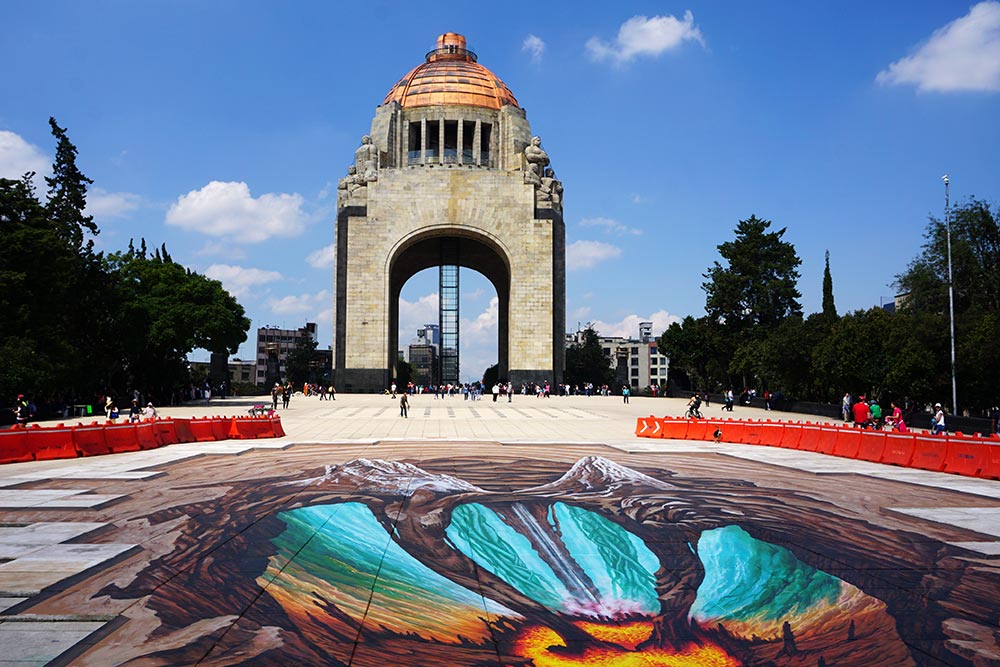 Every time we turn a corner there is some new-to-us piece of architecture to catch our eye. 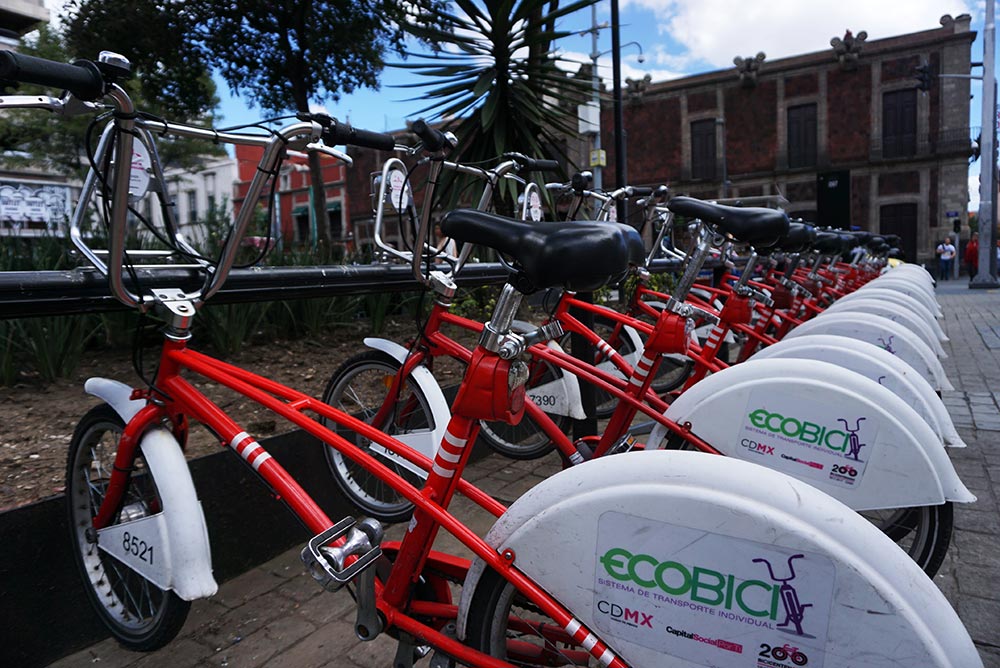 These rental bikes are all over the city. You can take one from here and drop it off at any of the other stations. 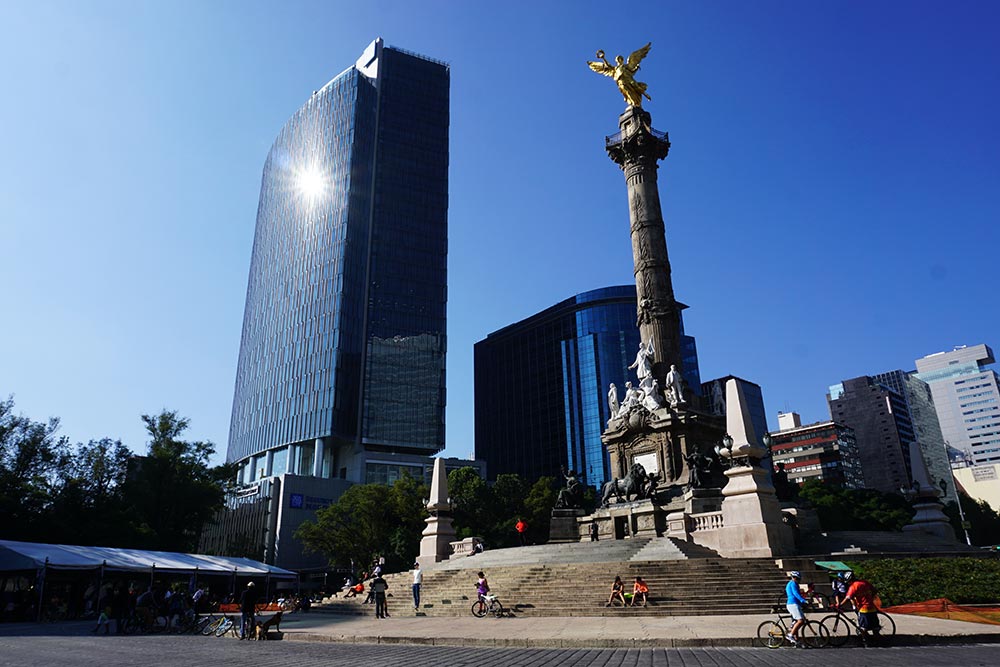 In addition to spending time on silly things like attending a professional wrestling show, we also took care of some practical matters such as visiting dentists and doctors, and servicing our bikes. I’m happy to report that both bikes and bodies are now ready to tackle the next leg of our journey. 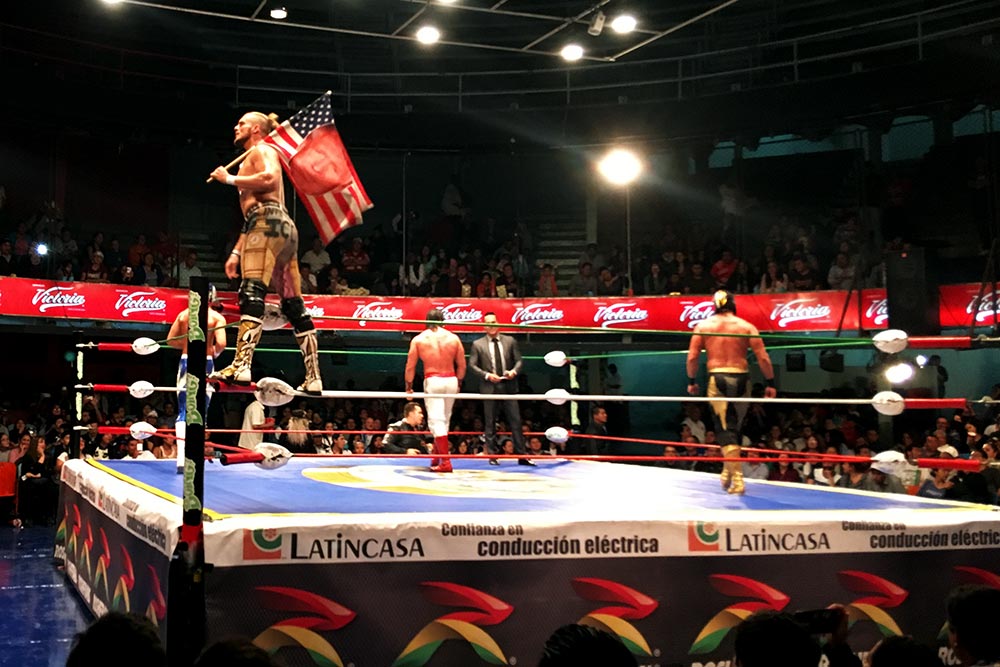 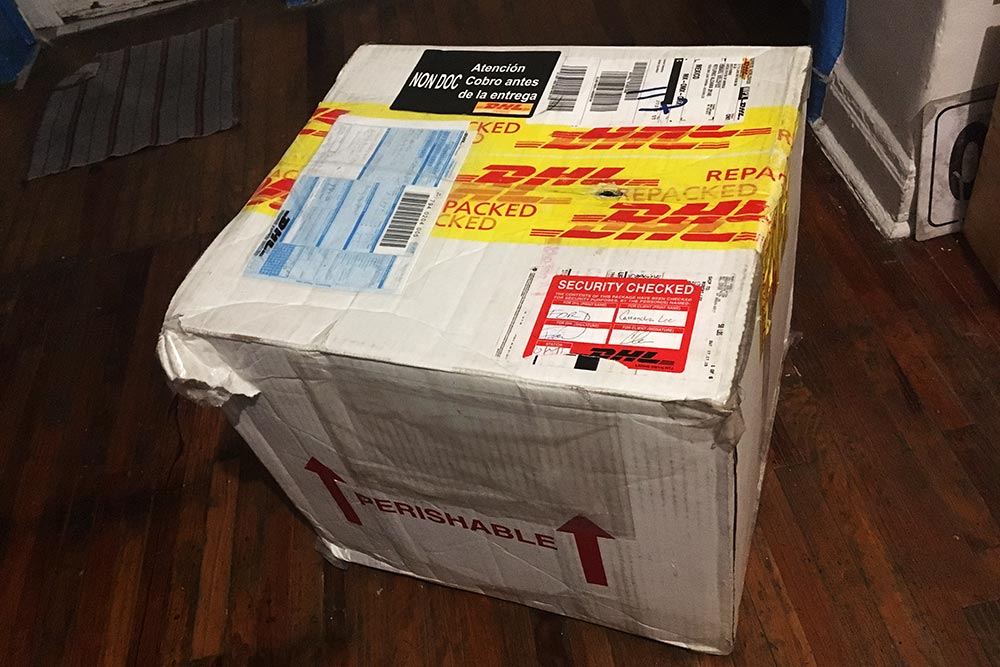 We received this care package thanks to our daughter, Cassandra and our friend here in Mexico, Kodiak. 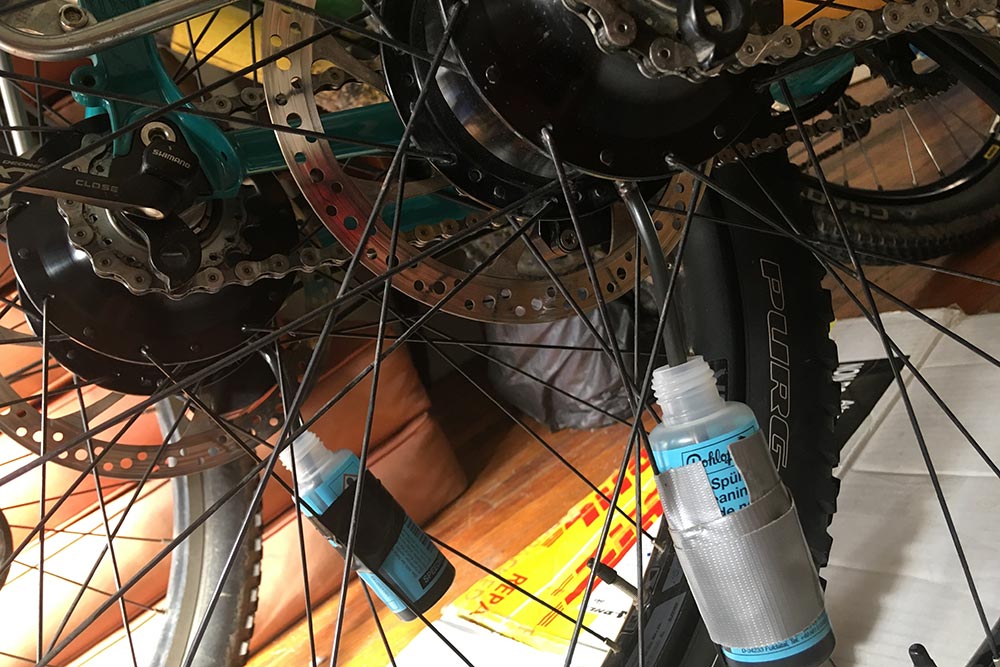 Yesterday was oil-change day for our Rohloff hubs. The oil was included in our care package. 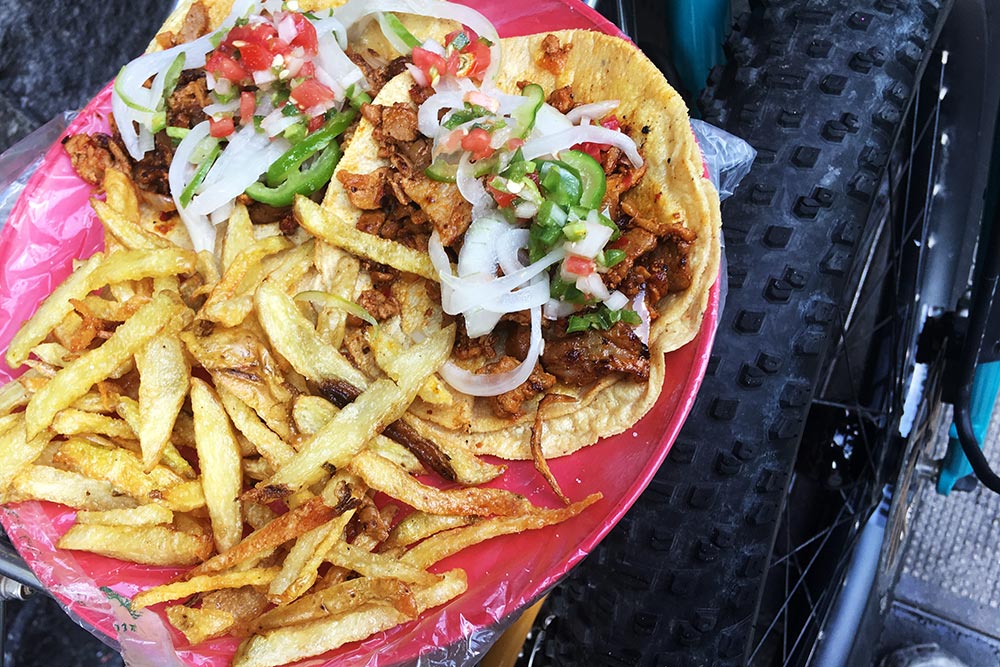 Fast food in Mexico: Street Tacos. Only 13 pesos each and super tasty!

Later today we’ll make our way south to Xochimilco, a borough of Mexico City only an hour or so from where we are now. We will once again be staying with a Warmshowers host. Without even meeting us, our host, Diego, has suggested that we remain at his house for an additional day so that he can take us cycling around the city with a group of his friends. How cool is that? Answer: Super cool! 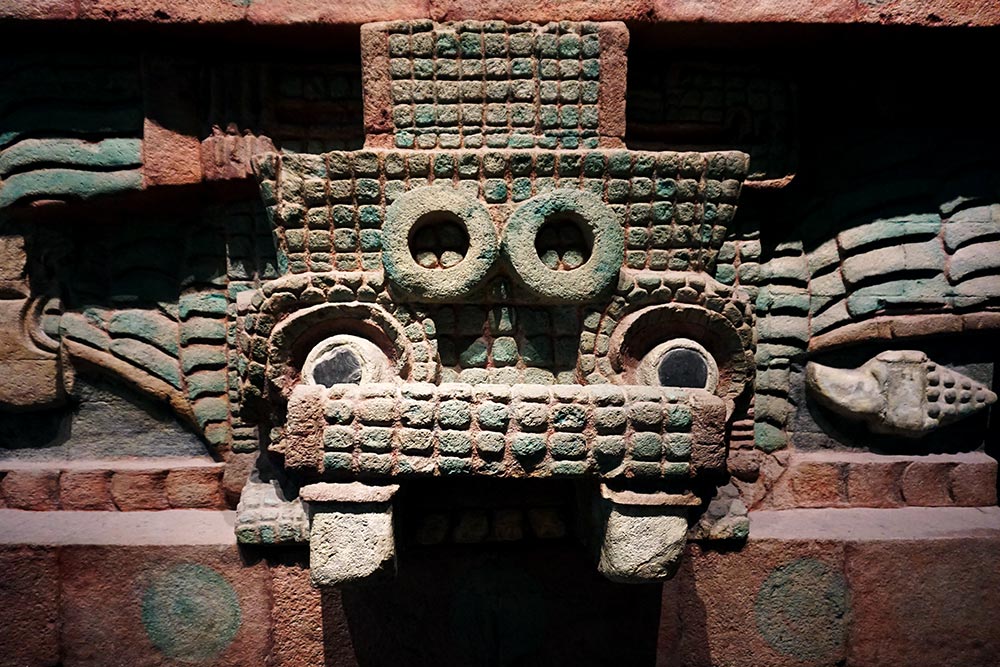 Images from the Museum of Anthropology. You could spend an entire week exploring there! 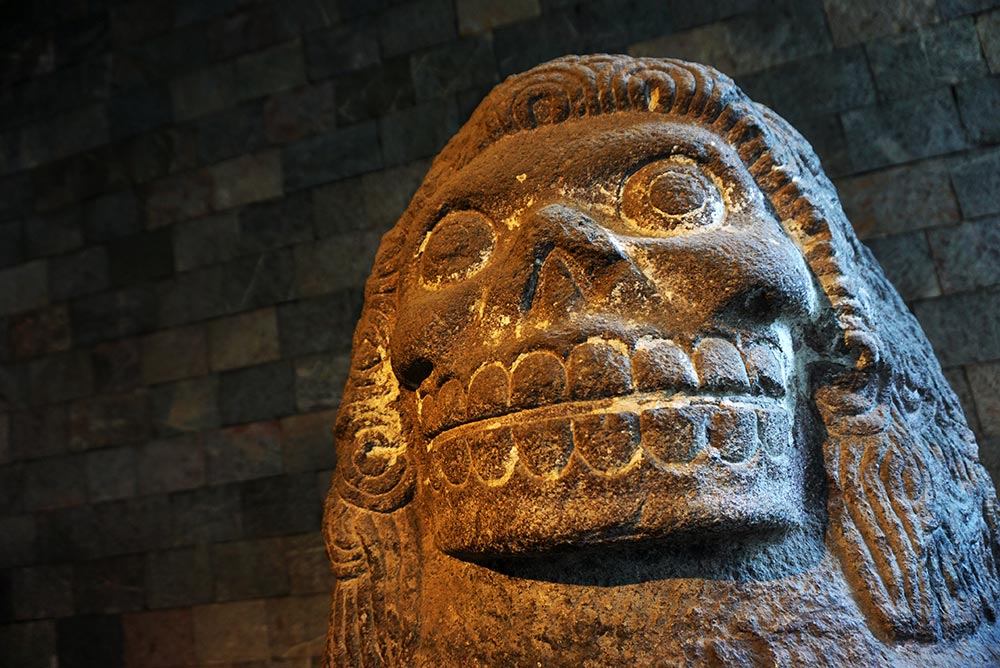 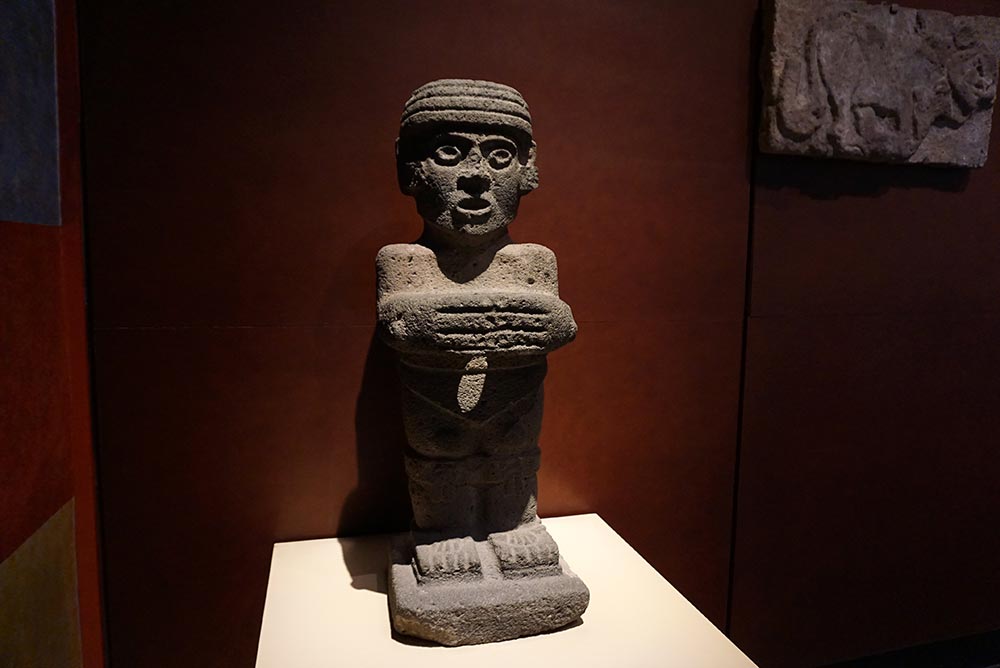 From Xochimilco we’ll begin cycling towards Puebla, the 4th largest city in the country. Our intention is to ride the famous Paso de Cortés, the mountain pass between the Popocatépetl and Ixtaccíhuatl volcanoes. This will have us climbing another 4600′ from our current elevation, taking us up to over 12,000 feet. That’s a lot of climbing, and the weather forecast shows that it’ll be significantly cooler at the top, potentially making for a chilly night in our tent. Good thing we both have long underwear with us! 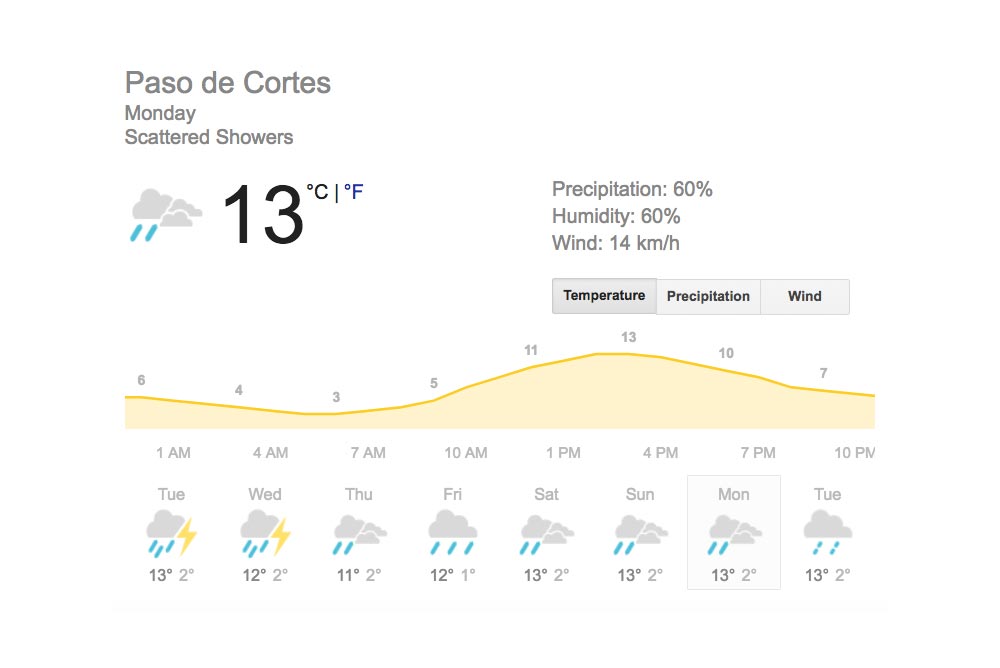 Pretty sure we’ll be layering our clothes!

We had read that if at some time you don’t find yourself wearing every article of clothing that you’re carrying, you’ve packed too much. I think we’re soon going to put that to the test! 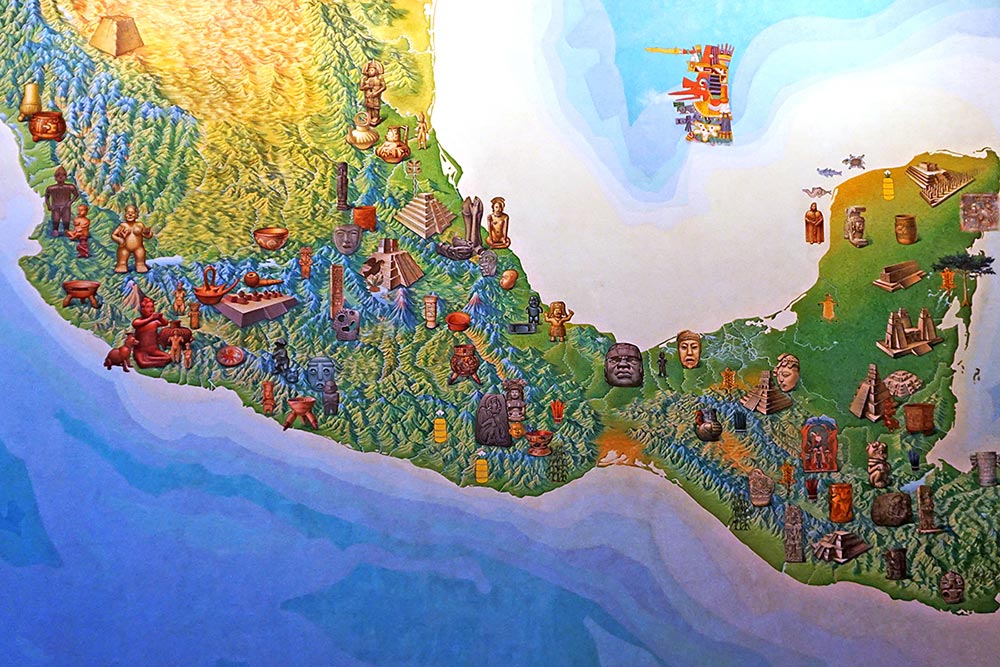 Plotting our route towards Guatemala. I think we may need an updated map.  🙂

A metric century and a side trip to San Juanico