We have once again been giving some thought into the whole weather-prediction thing, partially inspired by discussions in our last Seamanship class. On short coastal passages, of which we will, at least for the time being, be limiting ourselves to, it seems that one can pretty much pick a good “weather window” to avoid most nasty things. The exception to this seems to be squalls which can sneak up on you at any point in a passage, and from what I read, sometimes quite quickly. 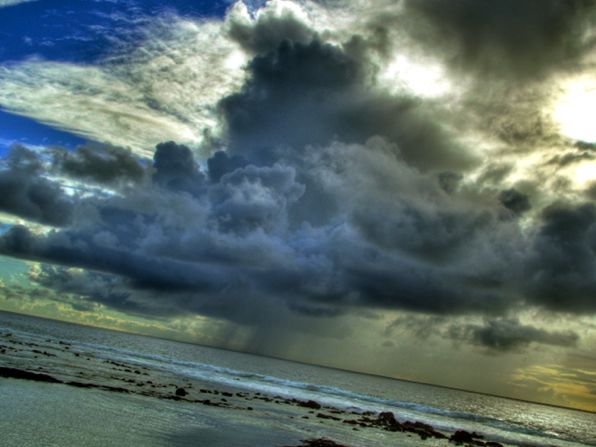 How are these dealt with? This has been the subject of some reading on my part. Being the newbies that we are, we have not had to deal with this first hand. The general consensus seems to be to reef or reduce sail, if not drop them altogether. Some people suggest turning on the engines to maintain maneuverability. Some suggest rounding up into the wind to take it bow on while I think others suggest the opposite. It’s always nice to have such clear direction [sarcasm]. This may very well be a boat-dependent thing that we will have to figure out on our own.

Because squalls can sometimes happen at night I have read of people who preemptively reef their main sail at dark, accepting that they will lose a bit of speed to save the trouble of trying to reef in the dark if a squall should strike them.

If there is any good news in all of this it’s that squalls of the type that I am describing typically don’t last very long. After 10-20 minutes of chaos they can pretty much be gone so it seems that all you need to do is take the necessary steps to slow down, hang on and wait it out.