ZTC has three 55 watt solar panels mounted on top of the hard bimini and because our new battery monitor doesn’t read any power coming in from them, I have been curious about measuring their input. So, together with a friend, we tried to troubleshoot it. What did my genius friend find? There was NO FUSE in the fuse holder! I am virtually positive I have never opened that fuse holder before and without the fuse, it couldn’t charge. This means that it is entirely possible that our solar panels have NEVER been working, or at least, not as long as we have owned the boat.

****STOP! All boat owners know that something bad is about to happen. There are no “simple fixes” on boats!!!

We put in a fuse and what happens… we smell something burning. Guess what it was? The solar charge controller. 🙁

Here is the good news though:

Just another day in paradise:) 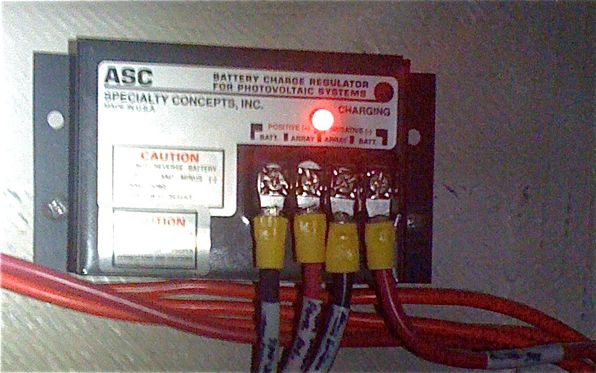 A photo I took back in March of the now-dead charger. Notice that the two outside wires are mixed up! Also notice the multiple “caution” stickers warning about mixing up those wires.

For fun or for dinner