Snow may very well determine our where and when

I ended Friday’s post about our prospective route with this statement: “So, weather depending, that’s our current plan for making our way through the US.” I find it interesting that this new lifestyle we’re working to undertake will be governed by Mother Nature at least as much, if not even more so, than our travels on a sailboat have been. And at the early stages, by snow in particular!

It can snow at any time!

It’s probably fairly obvious that we couldn’t begin our travels in Alaska during the winter months. That’s not really our area of biggest concern though. The Great Divide Mountain Bike Trail that I wrote about is really what will control our north to south timing. Apparently, due to the high elevation of the mountain passes, it can snow at any time. From the Adventure Cycling Association website (click on the Logistics tab) we have learned the following:

This route can be ridden anytime from early summer to mid-fall. Be aware that snow can occur at any time along the route. If it is a heavy snow year, high-elevation roads in the north may not be open until late June or early July.

Concerning the other end of the cycling season, plan on being off the route by mid-October at the latest.

That’s a relatively short window of time! The link above goes in to much greater detail about the difficulties of this particular route, and for those who are interested, this is a great link on winter bikepacking. 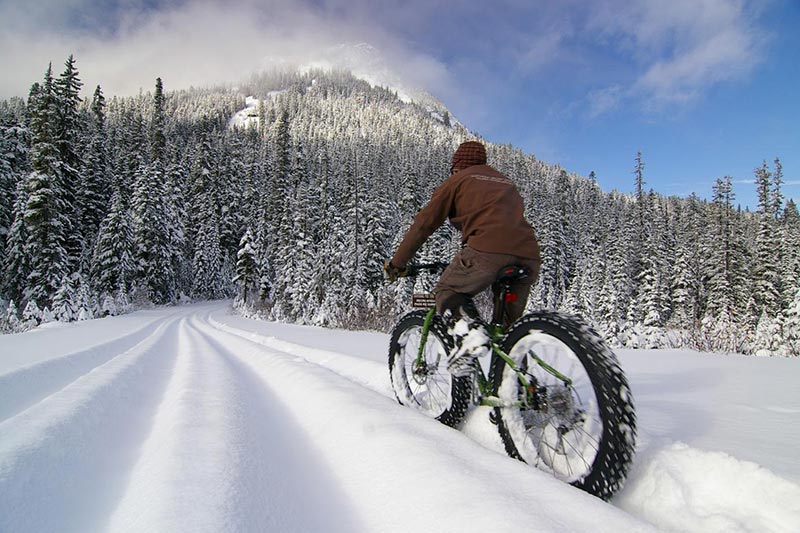 We have read several accounts of people who have completed this route, as well as those written by folks who have been forced off of it by inclement weather and heavy snow. The following video details one such account. While long, this video is well done, and in my opinion, quite entertaining. If your time is limited but you still want to see the snow that I’m talking about, you can skip towards the end.

We made it to La Paz, but are not done yet!