Smalls repairs while at anchor

It’s strange but up to this point I seem to only associate doing repairs and chores on the boat with being tied to the dock. While at anchor I feel much less inclined to do things like that. Given that we plan to stay “on the hook” the majority of the time, it’s about time I get over that!

Yesterday while anchored Rebecca and I each had a couple of smaller repair tasks to do. One job that she took on was sewing new velcro onto the lifesling case. Sadly this has to be done by hand and not with her new sewing machine. It’s taking her a while. 🙁 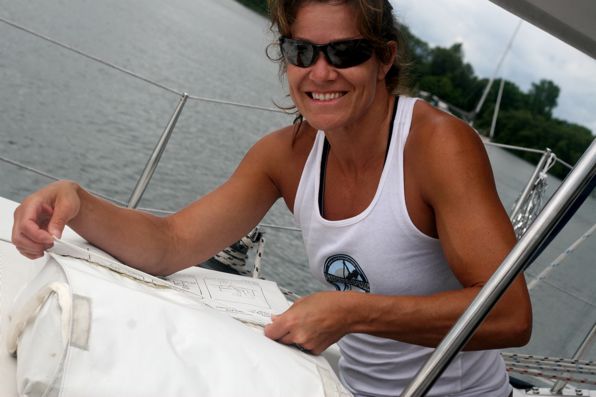 My morning task took a lot less time. Somehow (don’t ask!) a screw went from one of the berths, through the wall so that it was sticking out into the cockpit near the traveller. Like I said, don’t ask! I had to remove the screw and fill the hole with epoxy before replacing it with a shorter screw. Getting the epoxy into the little hole seemed like it would best be done with a syringe. Pictured below are two West Systems syringes which sell for $4.99. Along side them are some that I purchased from the pharmacy for $0.25 each. Are the West Systems ones better? Well, yes, I think so. They are bigger and go down to a smaller point. Are they THAT MUCH better??? 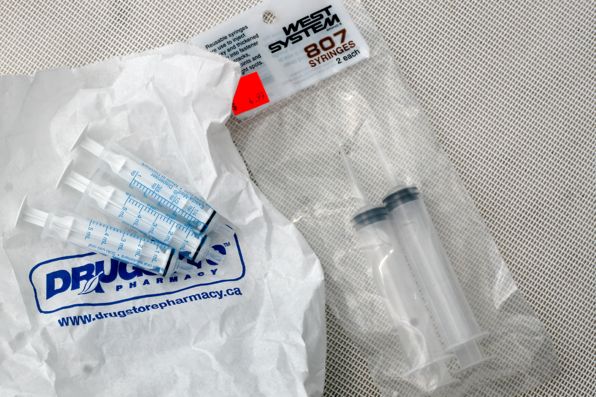 Not to worry though… once the chores were done we still had plenty of time for fun! Yes, the fish (a rock bass perhaps?) was tasty! 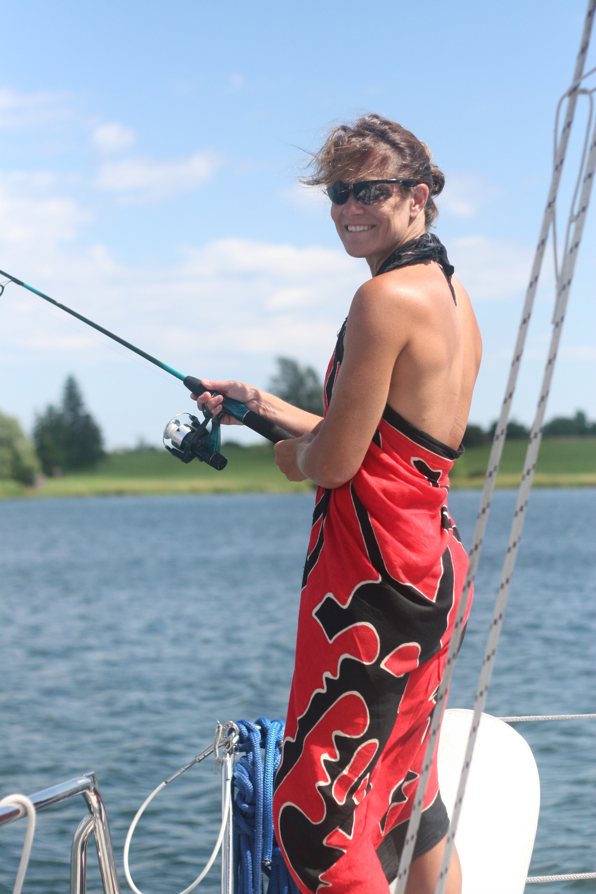 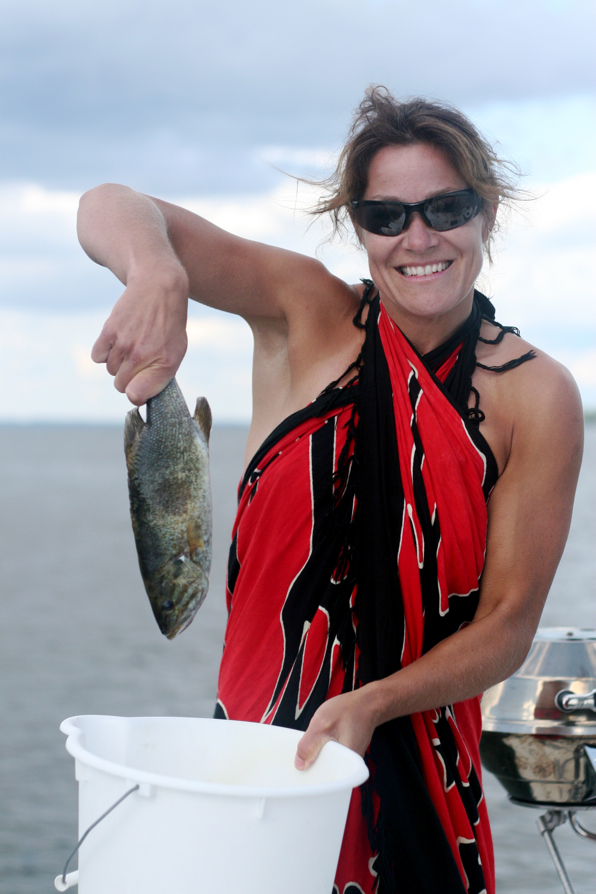 Something new to play with