After a week of being fairly productive, yesterday was one of those days. If the days of the week actually meant anything to us, I’d blame it on it being a Monday. For the most part though, a Monday is just like any other day for us.

I started out simply taking a look for a spot to install a fresh water tap near the stern. My big mistake was opening up the engine locker and crawling in. That really started the ball rolling! When I looked up inside to where the engine room blower is bolted on, I noticed that one of the wires appeared to be “broken.” Being Mr. FixIt, I quickly grabbed my wire strippers, crimpers and a new butt splice and reattached it. What do you think happened when I turned the ignition key to check its function? I heard a loud grinding sound which you might imagine, is not good. It became immediately apparent to me that the wire in question had not broken. Rather, someone had cut it to stop the engine room blower from running and making that noise.

There are several ways to fix things. You can do it the proper way, apply a temporary “band aid” or when possible, just stop using the item. Obviously, in this case, they chose option three. This goes to prove that no matter how good a surveyor you have, he/she can’t find everything. If we had noticed this during the survey or phase out, I am sure the Moorings would have installed a new blower for us. Now, here in Grenada, it was up to us to deal with it.

It took trips to both chandleries, a dinghy ride and a bus trip to find a suitable replacement. It then took some boat yoga, a bunch of scraping in the hot sun, and drilling a few new holes to install it. When all was said and done, we got the new one installed and up and running. With the cover removed, it is amazing just how much air that blower can exhaust! 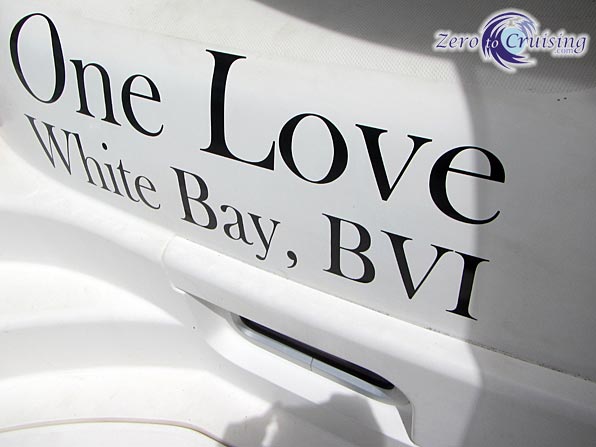 The blower exhausts from behind the panel you see at the bottom of this image. 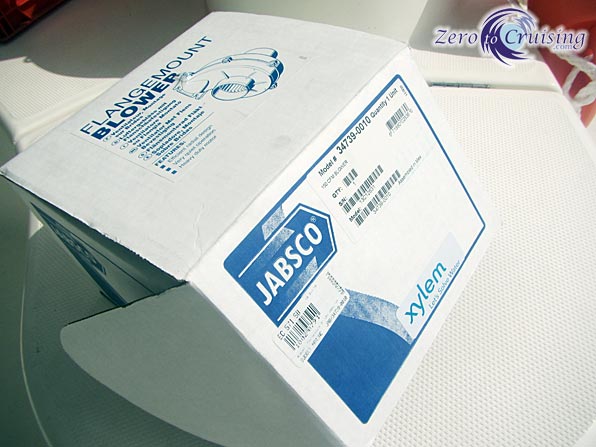 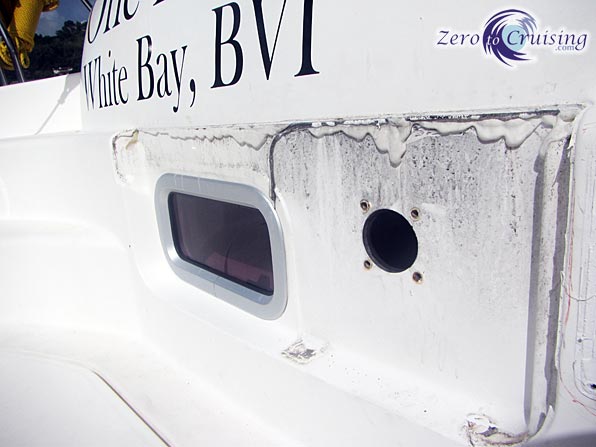 With the panel removed. Lots of scraping was required to removed all of this old caulking. 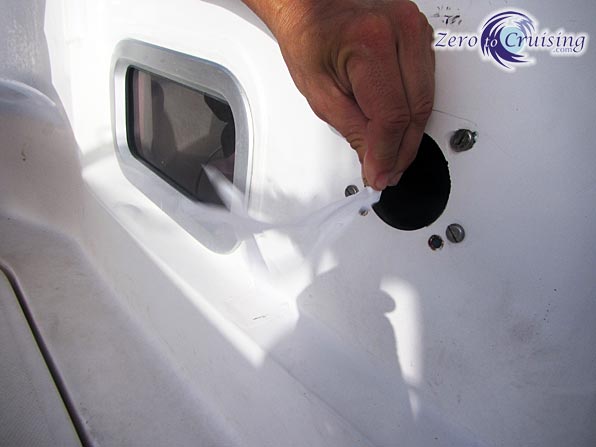 And the blower works. Woo hoo!
Note the new holes that had to be drilled. Of course the bolt pattern couldn’t match up.

Are you a Pollywog or a Shellback?