Salad is not good for you, if you are a cormorant that is, who decides to get stuck in it. While involved with another sail repair (don’t ask), we looked out off our boat and noticed a bird in the water that didn’t look quite right. With a bit closer inspection we came to the conclusion that the poor bird was stuck. As neither Rebecca or I can stand seeing injured animals, we had to figure out a rescue plan.

As usual, we were docked “stern to,” which meant that getting our dinghy in the water wasn’t quite as easy as normal. Ultimately we did it though, by lifting it, and the engine, over the dock and dropping it into the water on the other side. With boat hook and leather gloves aboard, I set off to free the bird. He was well stuck, and obviously very tired when I got there. I think he might have also injured a wing during his struggles to free himself. The boat hook did the trick though and with a bit of work, he was on his way. Where did he go? He swam across to the next dock and got stuck all over again! Yes, rescue effort two was undertaken and he was again set free. I turned my back on him after that though. If he really wanted to commit suicide, who was I to stand in his way? 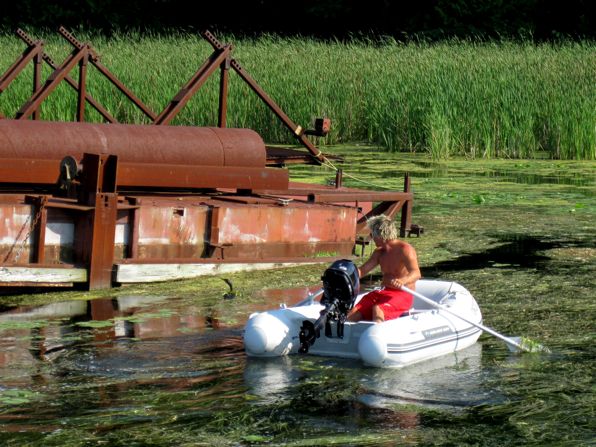 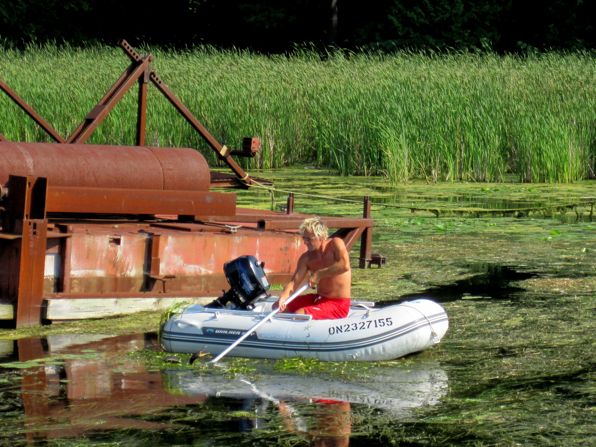 Just so that you don’t think that I get all the fun “salad” jobs, here is Rebecca doing her part to remove a bunch of it from our rudders and engines, just prior to raising sail: 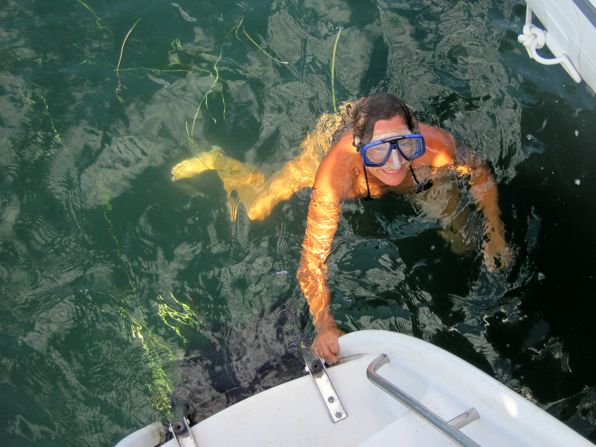 Where do we stand in the big getaway-plan? Reservations have been made at Oswego Marina for this weekend and I have ordered our Honda 2000 generator from Mayberry’s to arrive there by Friday. We expect to leave here Saturday or Sunday, weather depending.

As the days tick by, we have been quite busy saying our goodbyes to our friends and family. Today we are off to Ottawa to visit with our daughter Cass. Yesterday we were treated to dinner by our friend Mike (Thanks Mike. Dinner was great!), and had a surprise visit from one of our old students, John. And we had a huge surprise out on the water yesterday too. After just dousing our sails, we looked up to see a large catamaran coming directly at us. Unsure of their intensions, we slowed down, only to see when they got closer that is was our boat’s previous owners, David and Jackie in their new-to-them Lagoon 380. We rafted up briefly at the mouth of Collin’s Bay to chat and get a quick tour of their vessel. The word palace comes to mind when I think of that boat. Those two have been so helpful to us throughout that last year and it was great for them to pay us a surprise visit to say goodbye. It made us very happy. 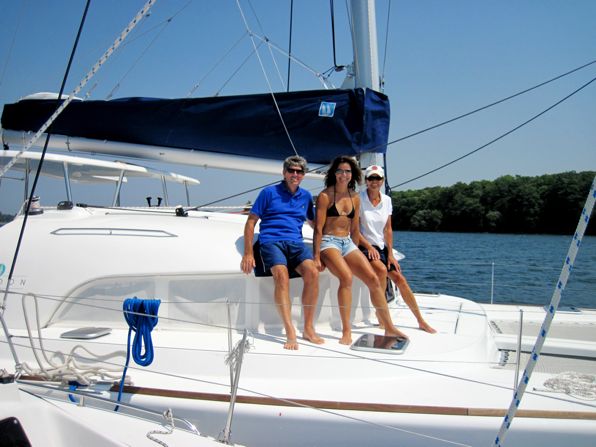 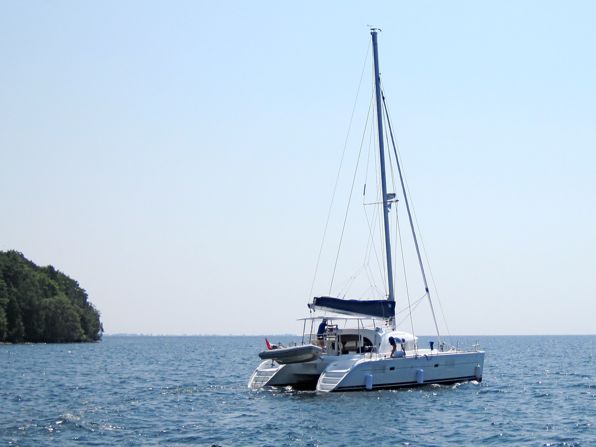 We said our goodbyes and they sailed off into the sunset.
Not really the sunset as it was still morning, but you get the idea.

How to improvise a PFD