Is it possible to have a boat that can both safely deal with heavy weather and have good light-wind performance? People often talk about the former as a desirable trait for a cruising boat and yet seldom bring up the latter. In my post Do you need a Bluewater Boat, I touched on this subject but I tend to think that for boats sailing predominantly in the Caribbean, that emphasis might be a bit misplaced. This was brought even more to mind during our recent sail to Bequia.

There were a fair number of other sailboats sharing the water with us that day and to my distress, every single one of them that was heading in the same direction passed us while we were on route to Bequia. I wasn’t getting super bummed out about it because I know that longer vessels are inherently faster but still, we were going in the same direction which, of course, meant that we were racing. 😉

On the day that we were to clear out of Trinidad, Rebecca and I watched a beautiful Gunboat come into the harbor and tie up at the customs dock. I met the Captain in the immigration office and struck up a conversation with him, complimenting him on his vessel. He told Rebecca and I that they had just arrived after crossing the Atlantic and when I inquired about how his passage went, he told me that it was awful. When he elaborated about why it was so, his description was not at all what I expected to hear.

Instead of stormy conditions with huge waves and strong winds, it turns out that their boat was becalmed, stuck in extremely light conditions for days. He told us that they blew out their spinnaker early in the passage, limiting their down-wind sailing ability, and that even though they did not have enough diesel to motor through the windless area, they spent days with their engines running at idle just to keep moving. Now this catamaran is a vessel that I would expect would have fairly good light-wind performance and yet even it was stuck without the power to drive it. Imagine if it had been a big heavy monohull with a full keel! 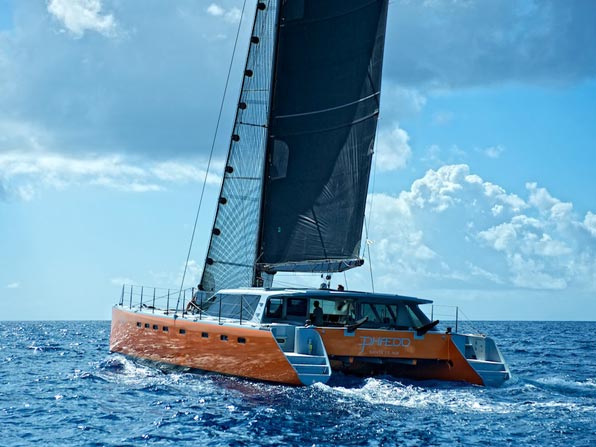 Some people might wonder why light-wind performance is important at all. We aren’t in a hurry, are we? Well, as accurate weather forecasts are a very perishable commodity, the longer that one is underway the greater the chance of running into unfavorable conditions. Additionally, the faster that we get our passages completed, the more time we have to enjoy the hospitality of the islands that we are visiting.

So, what would make our boat go faster? There are a few things. The first is that we could remove from it many of the things that we keep around solely for fun. Without the additional weight of two bikes, a kayak and all of the other crap that we keep on board, our boat would almost assuredly have a bit more get up and go. Secondly, we could replace our small self-tacking jib with our 150% genoa. That would be a huge increase in sail area and on the right point of sail, would definitely drive us faster. The third thing we could do is to ensure that our boat’s bottom is perfectly clean. While I do not intend to discard our toys, nor will I be swapping sails until our autopilot is back to working 100%, I did spend a couple of hours yesterday removing the countless barnacles that have stowed away with us since Chaguaramas. Will that help us move a bit quicker on our next passage? I certainly hope so! 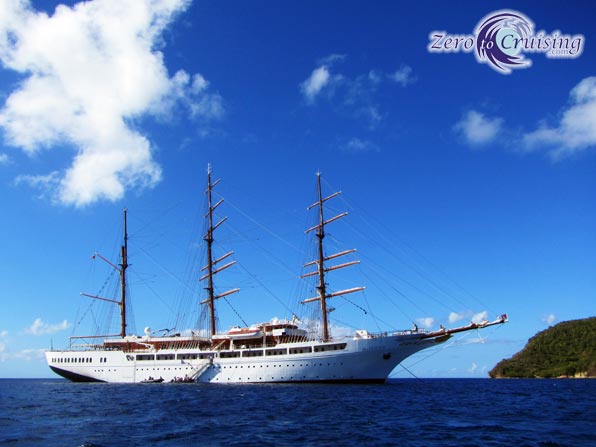 I wonder how these two boats would fair in light wind? 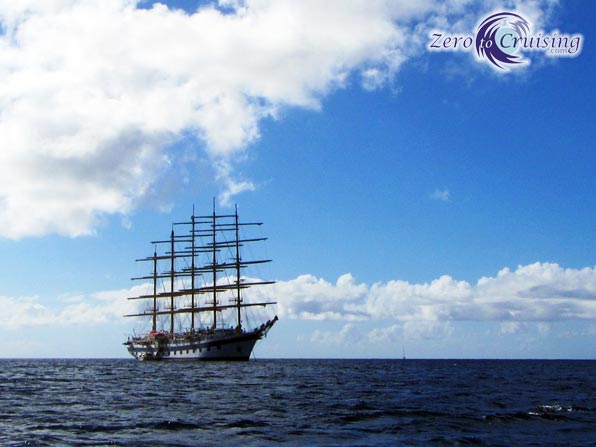 I don’t know how you guys do it!