Rum vs. Rhum: which do you prefer?

It’s common knowledge that Martinique is a great place to provision. There are many things that can be purchased here cheaper, and in better variety, than they can on most of the English-speaking islands. That said, there are some things that are best stocked up on before coming to Martinique, as they are simply not available. I plan to touch on that subject in a future post, but I’ll focus today on one item that is dear to all sailor’s hearts: Rum!

Unless you’re a rum aficionado (while we are not, some of our friends are), you may not be aware that there are two distinct types of rum, each made in a slightly different way. There is the rum that we are used to, Traditional Rum, or Rhum Industriel as it is known here, made from fermented molasses. The second variety, known as Rhum Agricole, is made from fresh sugarcane juice. If you haven’t tried both varieties, let me just say this, there is a huge difference between the two!

The bottle of Kirk & Sweeney that you see featured in this post’s cover pic was a gift from our friend Dave Russell, a man who most definitely is a rum aficionado! It’s a traditional rum made in the Dominican Republic, and we’ve for some time wanted to get our hands on a bottle. Can you guess why? 😉

During Dave’s last trip through Grenada he brought us this bottle, and even though we didn’t get a chance to meet up in person, he left it there with a friend for us to pick up. It’s such an awesome gift, and we have been waiting for just the right moment to open the bottle, and enjoy it. Thanks so much, Dave!

In the French-speaking islands, Rhum Agricole is all that you will find on the shelves. And you’ll find a hundred different varieties — the French apparently take their Rhum very seriously!

Have you ever heard of a Ti’ Punch? That is the shorter, more common name for a Petit Ponch, a favored cocktail here. It is only ever made with Rhum Agricole, French Rhum. 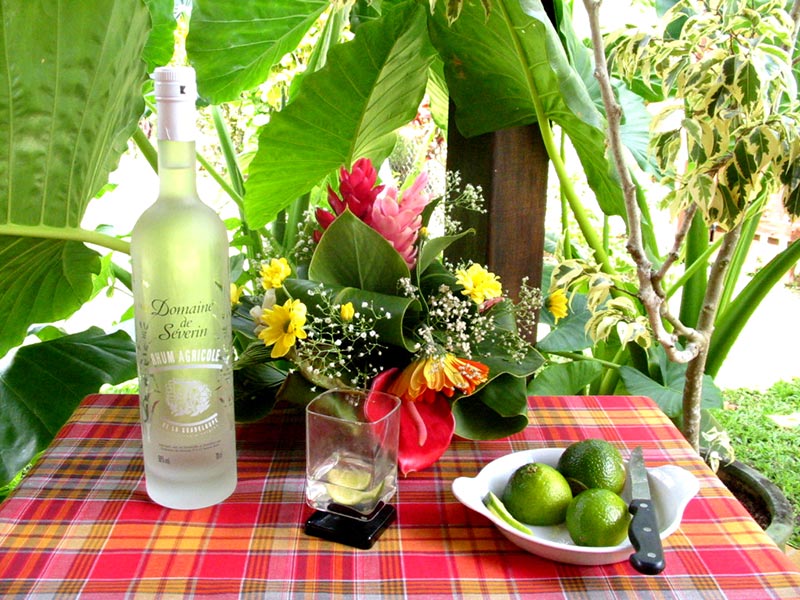 Incidentally, in Grenada there are three rum distilleries: Clarks Court, Westerhall, and River Antoine. While the first two make or blend rums out of molasses, the latter produces it’s own blend of Rhum Agricole out of sugar cane, using an old, traditional water wheel. Pretty cool, eh?! If you’re just visiting Grenada, you should definitely pay River Antoine Estates a visit!

As for Rebecca and I, we are NOT fans of the French Rhum, at all! While many love it, we would prefer to just go without. If you’re planning an extended trip to Martinique, and you have similar tastes, you might want to stock up on the Traditional Rum before you get here. Otherwise, you’ll be rum-less.

October — Not All Over

Contest: Help us to better describe ourselves!