This blog has been the source of countless personal connections for us, some of whom we know will be lifelong friends. The first of these, Kirk and Donna, we met at the beginning of September 2010, just a month or so after we started our journey south. It was at that time that, breaking with historical patterns, Hurricane Earl was threatening the Chesapeake Bay area. Kirk, who we had communicated with on a few occasions via our blog, offered for us to come to their home on the Magothy River and stay with them, securing our boat to the dock which backed onto their house. Inexperienced with just about everything at that time, and especially what to do about tropical storms, we happily accepted. What followed were several weeks of fun and bonding with one of the coolest couples we have come across.

During our time with our new friends, we learned that they were about a year behind us in their preparations to head south cruising. They already had the boat, a beautiful 44′ Lagoon catamaran but they had their house and successful business to deal with. In others words, quite a bit still to work out. As we left them to continue our trip to the Caribbean, we kept in contact both by email and blogs, monitoring their progress and sending them good vibes.

When the time came for them to actually cast off and head south, Rebecca and I couldn’t have been happier. We were truly looking forward to the day that we would meet up again, although in a much warmer locale than where we first met. Just over a year and a half later, that day has arrived. After a long and bumpy passage from St. Lucia, Kirk and Donna sailed into Bequia yesterday and dropped the hook just a couple hundred meters behind ZTC. How awesome is that?

In addition to the fact that I think it rocks that we get to reconnect with our old friends, I also think it’s inspiring in that it shows that other people can make it happen too. We have multiple friends who, still landlocked, profess to wanting to spend at least a portion of their time cruising the Caribbean on a sailboat. Well, this goes to show that it is an achievable dream, if of course, one takes the chances and puts the effort into it as Kirk and Donna did. Hopefully we’ll have many more such days where we get to share a boat drink or two, reminiscing with friends new to cruising about their journey south! 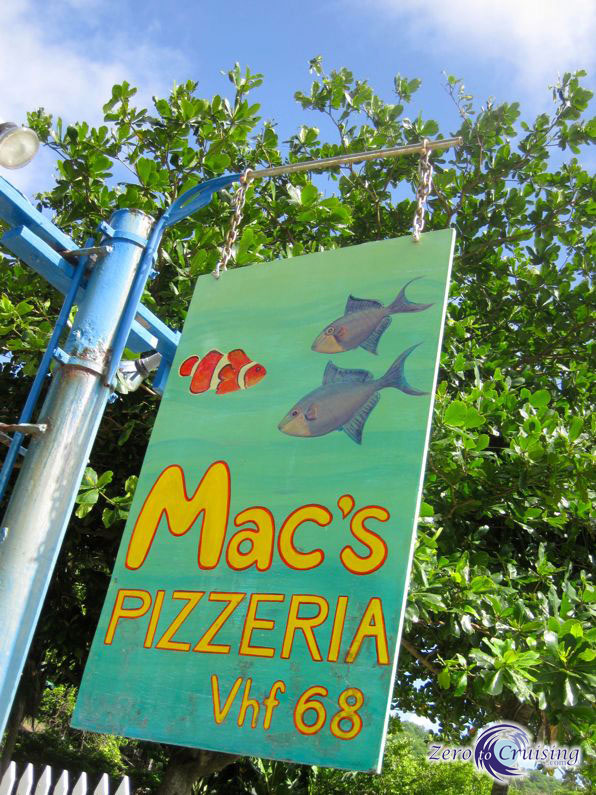 Several people had recommended that we visit Mac’s here in Bequia. 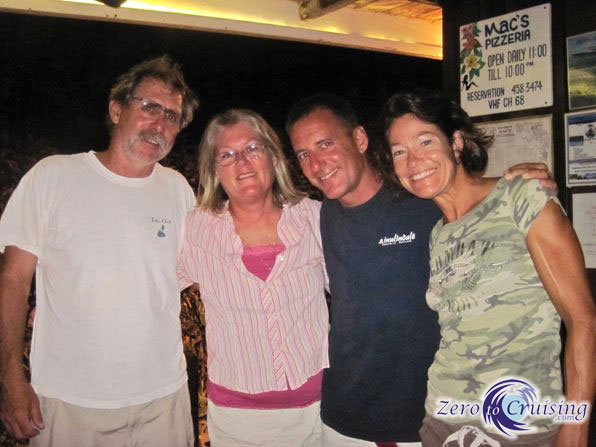 It was a perfect place for a reunion! 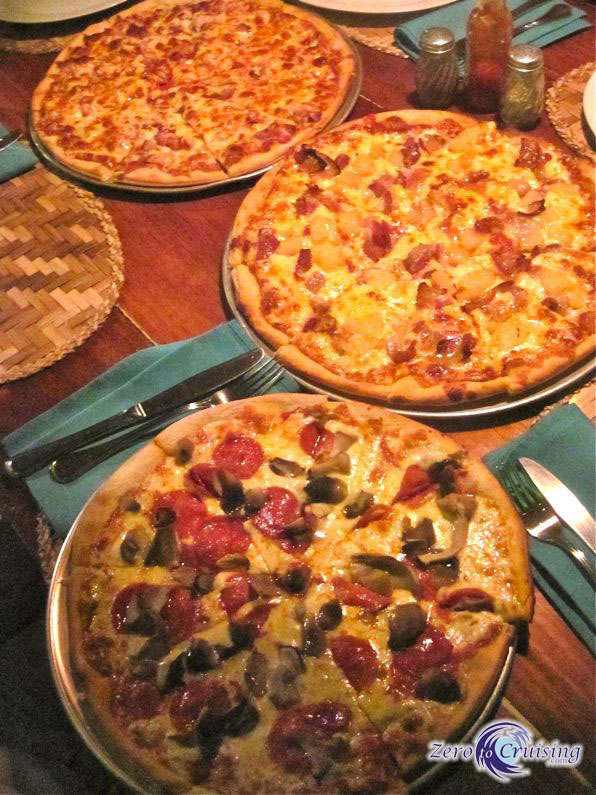 And as promised, the pizza was pretty good!