Most boaters who have done some piloting would be familiar with the red-right-returning mnemonic, or at least North American boaters would be. It relates to the primary navigational aids, lateral buoys, which are red and green. The mnemonic reminds boaters that when returning to port, they should keep the red buoys on their right side. Of course, the opposite would then be true when leaving a port. 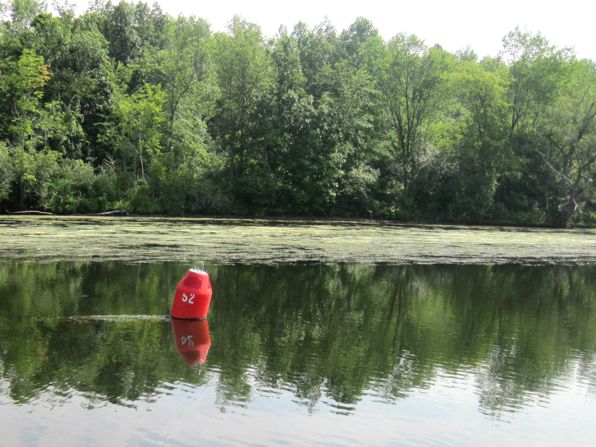 We have been working our way through a lot of these red and green markers the last few days. 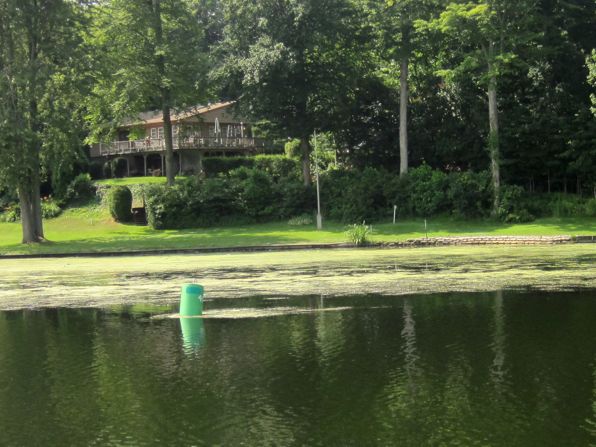 But what about when in a canal or a river, such as where we are now? In this case, the red buoys would be on your right when traveling downstream. Currently, we are heading upstream in the Oswego River, which we have read is one of the few rivers that actually flow north. 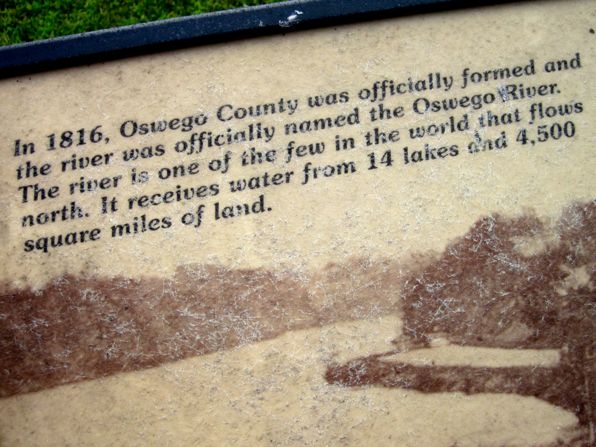 Interestingly, later today, we will meet a junction called Three Rivers. Were we to continue south as opposed to turning left into the Erie Canal, the buoys would switch sides. Fortunately this is marked in a nice bold font in our NY State Canal Guide Book.

By the way, being the enthusiastic newbies that we are, prior to heading down here we purchased the official NOAA chart book for the canal system. To be honest, we have yet to really even look at it. The mono-colour charts in it are OK but the full-colour info and charts contained in the NY State Canal Guide which we also purchased are, for us, much better. And the book is cheaper, and it came with some other maps and stuff, and… you get the idea. Buy the NY guide!

Back to the buoys, I understand this changing of sides might occur someplace(s) on the Intra-Coastal Waterway too. I’m sure we’ll read about it before we get there. We are currently only reading ahead in our charts one day in advance, and the ICW is a long way away.

So, once you have that red-right-returning thing memorized, recognize that it is different on the other side of the pond. Of course it is!

After an early morning TRX workout on the edge of the canal, and after picking a basket of apples from the nearby trees, we left Fulton, NY, yesterday and made our way to Phoenix, which is known in this area for the Bridge House Brats. The town is small and friendly, and the dock offers free electricity, water and Wi-fi. Although we have yet to partake in any of the errand-running services that the Brats are known for, we did have several of them descend on us to take our lines when we approached the dock. Very cool. 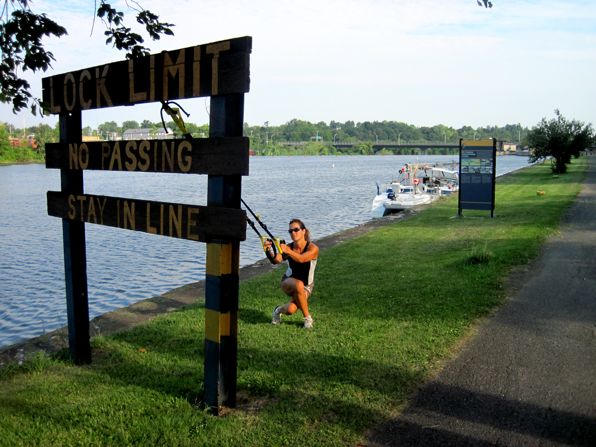 A great start to the day, with great scenery. 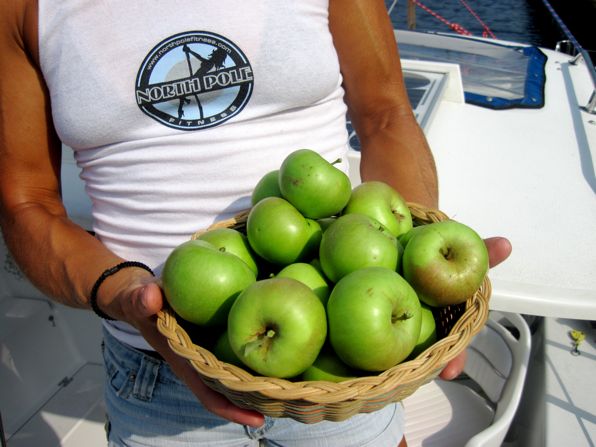 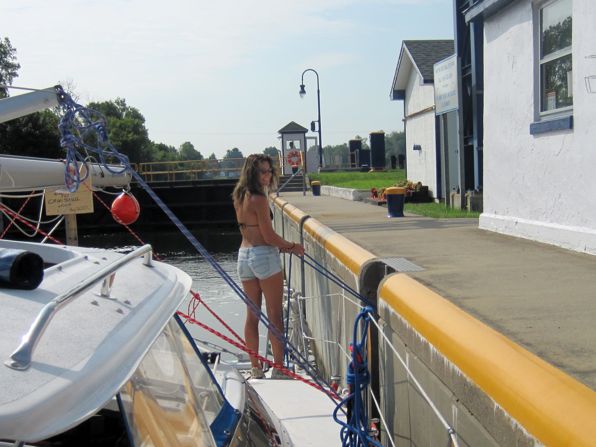 Rebecca is a pro at picking up the lines now. 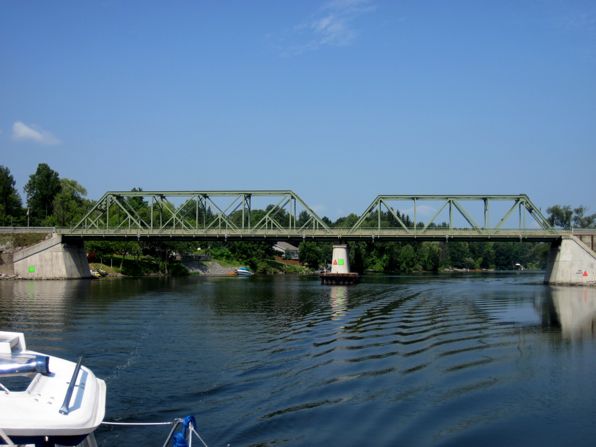 You can see the red and green marks on both sides of the bridge as we move away from it. We assumed this meant we could have gone under either side, which I don’t think is often the case. 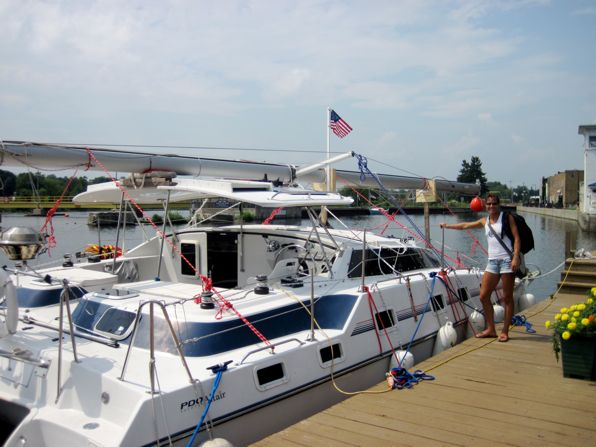 Heading off to explore Phoenix. Note our improvised flag pole so that we could fly our US courtesy flag. 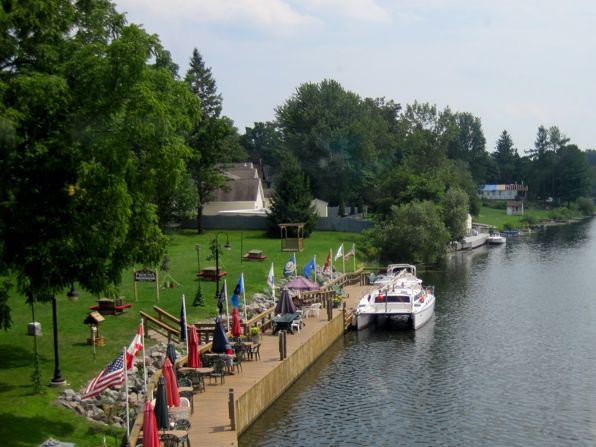 A SAILboat once again!