Red marks: Even numbered except in Martinique?

If you’re a boater there’s a pretty good chance that you’ve heard the expression red – right – returning, the mnemonic used to help sailors remember to keep the red channel marks on their starboard (right) side when returning to harbor. Of course, that only holds true in half the world, what is referred to as IALA region B. In the other half of the world, IALA region A, the exact opposite is true. 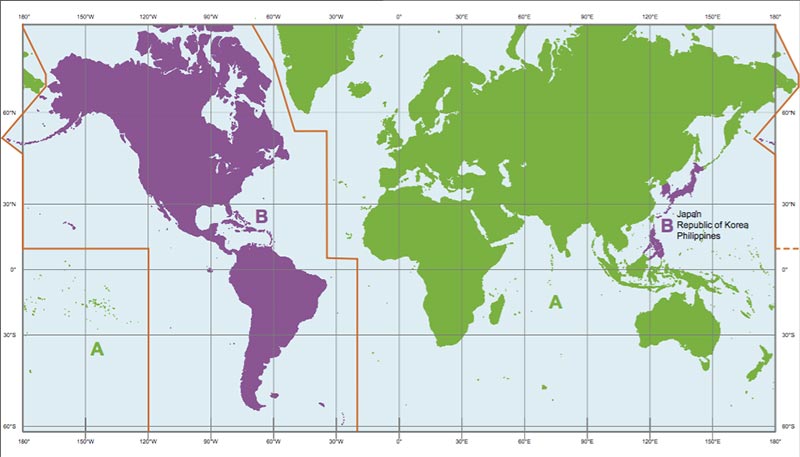 There’s a less-common mnemonic that I was taught that related to leaving a harbor. It is Even the Nuns Left town. Nuns, the name given to the conically-shaped red channel markers, should remain on your left (port) side when leaving. Additionally, it reminds us that the red marks are even numbered, with their counterparts, the green cans (they have flat tops) being odd numbered. At least that’s supposed to be the way that it works.

Our friend Chris from LTD Sailing shared another way of remembering the numbering system: the green mark looks like a can of 7-UP, the soda. Green – Can – 7, an odd number. I like it!

Earlier today, after returning from a road trip into Fort de France, I took note that the markers delineating the channel into Le Marin are numbered the exact opposite of what I just described, the red ones are odd numbered and the green ones are even. You can see that even the chart shows them that way (top image). Why? Je ne se pas, and believe me, I’ve searched for an explanation. 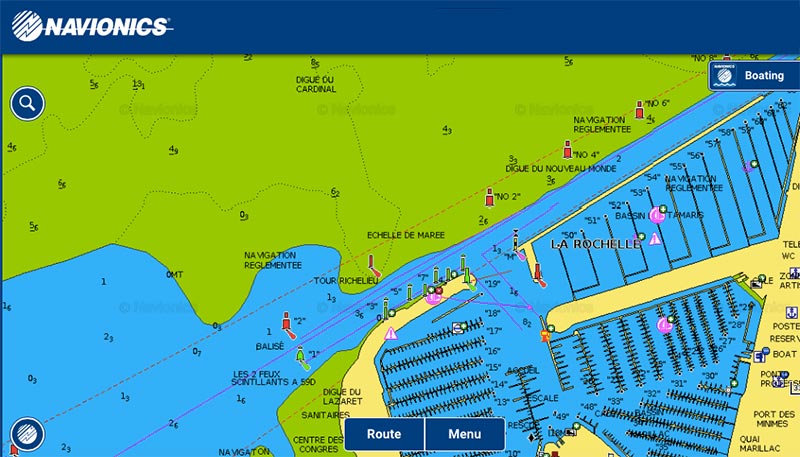 In case you’re thinking it’s because Martinique acquired some leftover IALA A marks from France, that’s not it. Although the marks in Europe do switch sides, and even the shape of the red and green marks are reversed, the numbers stay the same, as this chartlet from La Rochelle, France shows.

What is this red and white mark called, and what is it used for? Super bonus marks if you can tell me where I took the photo. Hint: It’s some place in the Windward Islands. 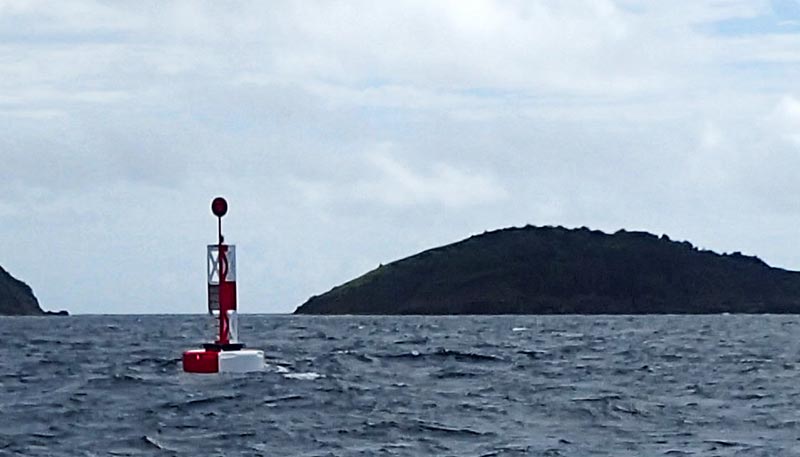 Our purpose in life