On our passage north from Trinidad, miles out to sea on a moonless night, we ended up on an almost head-to-head course with another vessel. We had our sails up but were under power, and our lights indicated as much. The other boat’s lights showed that it was under power as well. It was hard to tell the other boat’s size until it was near upon us but I suspected it was a fairly large vessel even though they were not transmitting an AIS signal.

As determined by the lights that we could see, we were the Stand On vessel and as such, maintained our course and speed. We did however closely monitor the other boat as it drew nearer and nearer. Eventually the green light that we could see changed, first to red and green and then later to red, indicating that they would pass astern of us. What turned out to be a Venezuelan fishing boat ultimately did duck behind us but they did so by only a very narrow margin. We felt that to pass so closely was totally inappropriate given the amount of water around us but what can you do? We carried on. 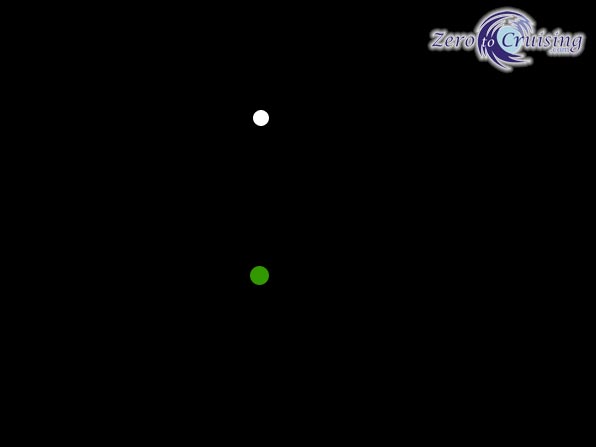 People typically learn the light signals with images like this. It’s a lot harder to determine what’s really going on when you’re out on the water at night in less than ideal conditions!

Yesterday, while enjoying a much more pleasant sail from Canouan to Bequia, we shared the water with dozens of other boats. It is seldom that we have to exercise our knowledge of the collision regulations that apply to sailing vessels meeting other sailing vessels but yesterday, with all of the boat traffic, we did. I posted the following pics on our Facebook page along with a question about the rules and they garnered quite a response. Knowing that there are quite a few newbies who read this blog, I thought I’d give everyone the same chance to exercise their knowledge, and perhaps learn something in the process.

****Try to answer first without reading the previous comments.

Question 1: Assuming that both are sailing and not under power, which of the two is the STAND ON vessel and which must GIVE WAY? Why? What is the rule that applies in this situation? 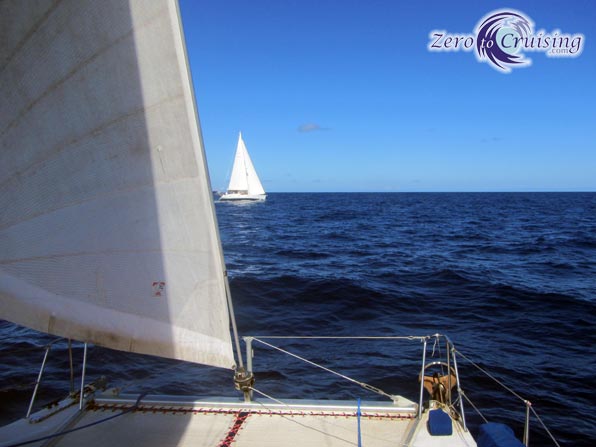 Question 2: Assuming that both are sailing and not under power, which of the two is the STAND ON vessel and which must GIVE WAY? Why? What is the rule that applies in this situation? 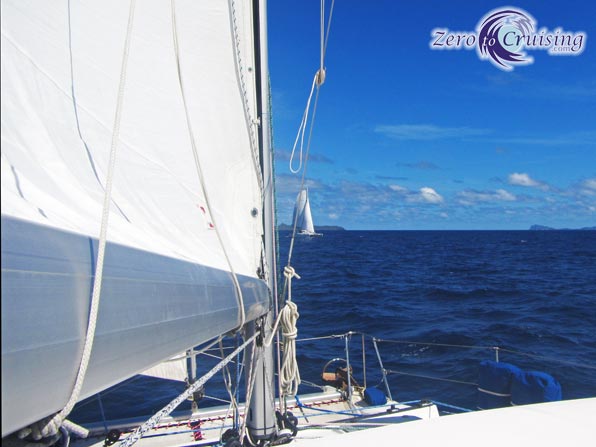 Note: There is no RIGHT OF WAY. In the event that the other vessel does not respond appropriately, you are REQUIRED to avoid collision even if you are the STAND ON vessel.

Bonus: I said to assume that both vessels were under sail. In an ideal world where everyone was complying exactly to the rules, how would we be able to tell if one of them was under power (had their auxiliary engines running)? How would that change the above scenarios?

Who cares what time it is!

A picture is worth…