The other reason we have been visiting the Flip Flop Shop as of late, aside from those mentioned yesterday, is that it affords Rebecca and I a private venue to practice for this Saturday’s Regatta (no)Talent Show that we have both committed to be a part of. Rebecca has found herself a great pole dancing alternative, rope dancing, and will be busting out her new moves at the show. In need of a tree to hang the rope from, and some privacy to work on her act, the Flip Flop Shop fit the bill perfectly. 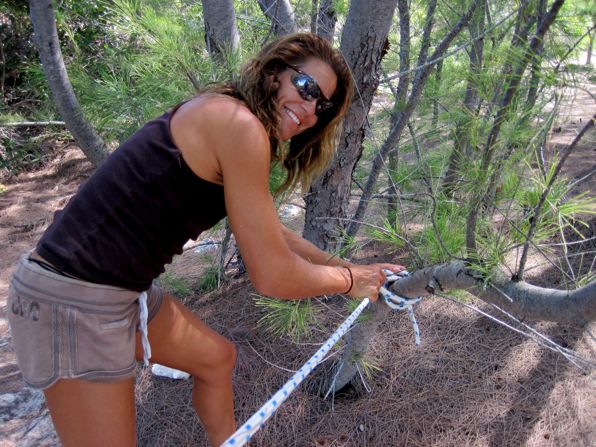 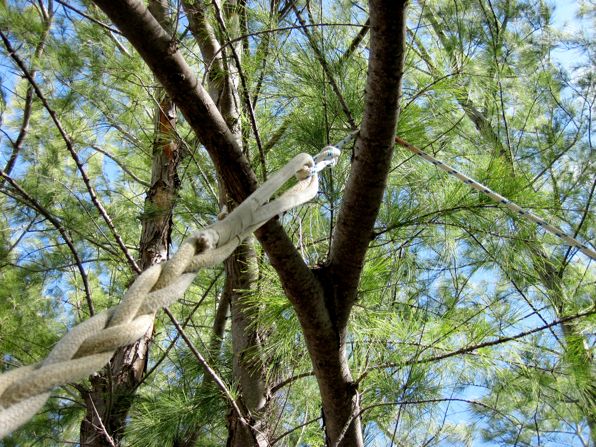 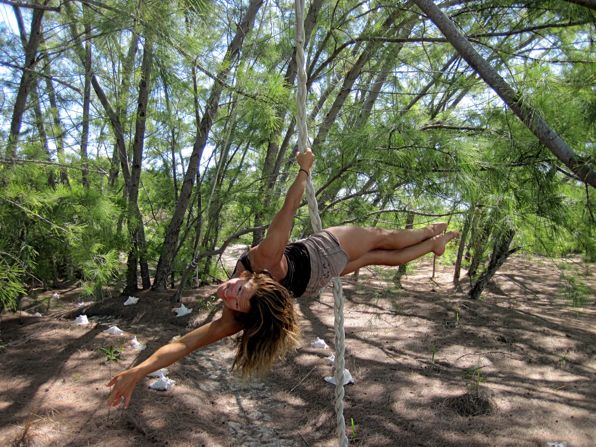 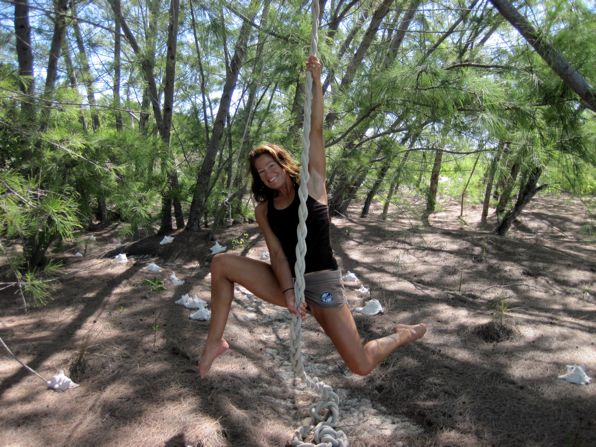 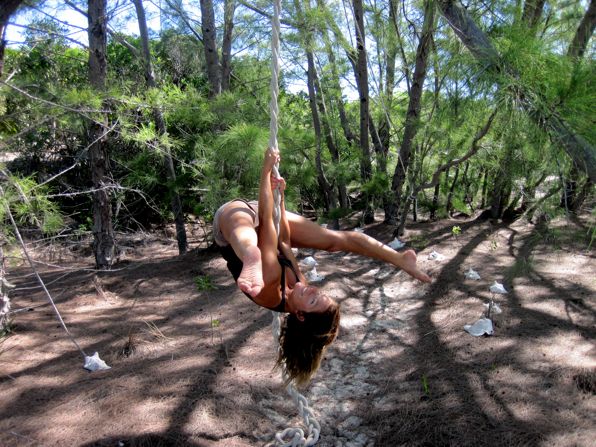 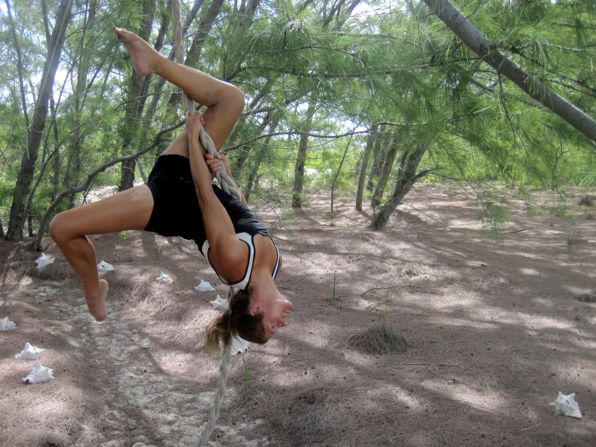 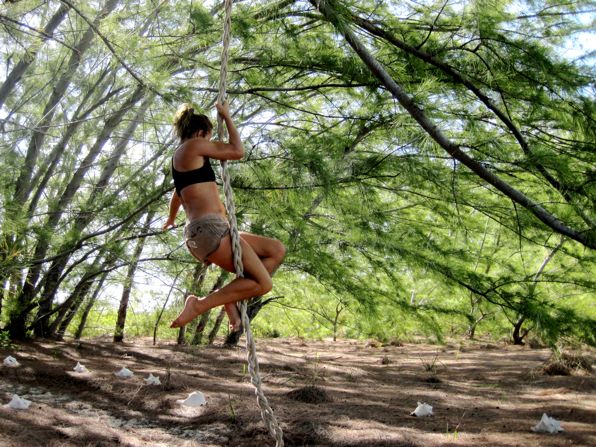 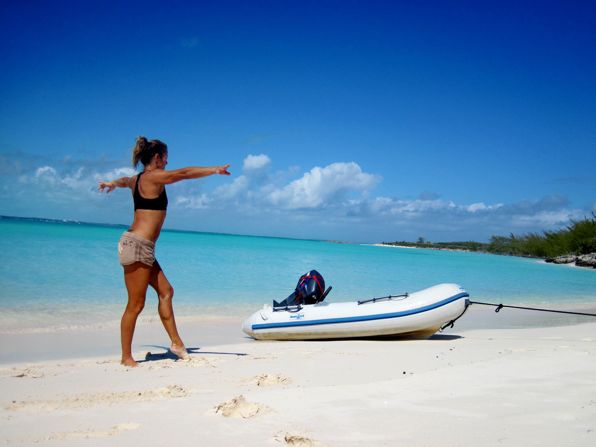 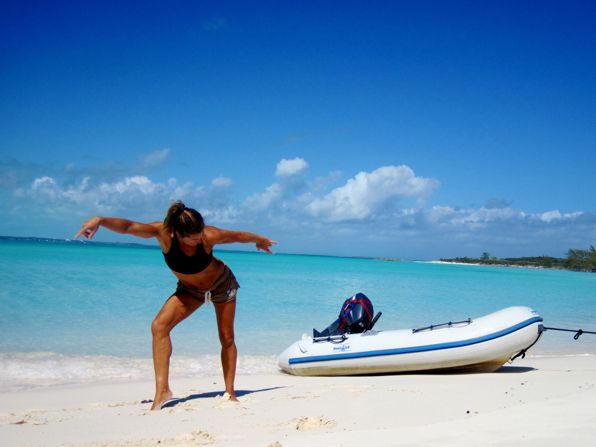 My part in the show? I was coerced by base player Greg off s/v Sympatico to play a few Uke songs with him. Greg is a “real” musician so let’s hope that he can carry the act. 🙂 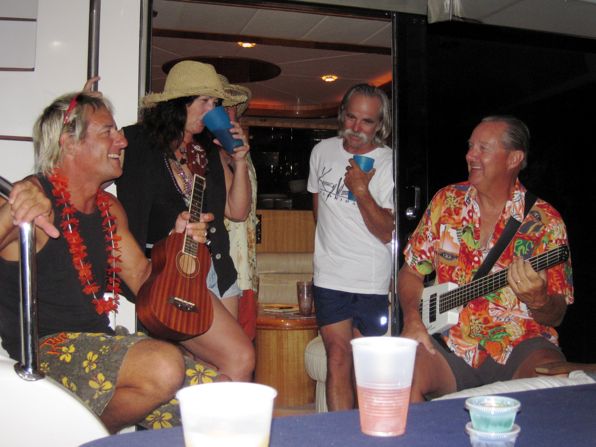 Greg and I jamming on m/v Jus Chilln’

By the way, calling this place secret may not have been as much of a stretch as I initially thought. While having drinks on a friend’s boat last evening, we mentioned the Flip Flop Shop to three separate couples and not a single person knew of its existence.

Today’s Regatta activities? Four-on-four volleyball and then beach golf. Another tough day at the office. 🙂