Plenty of marks to decipher

Yesterday I posted a bit of a quiz on our Facebook page, asking if anyone could fully explain the navigation marks seen on the hillside in the photo below. Although there were many replies, including a number that noted that they are range marks, none told the entire story. That doesn’t surprise me though as it’s pretty canal specific, and I had to ask about their meaning too! 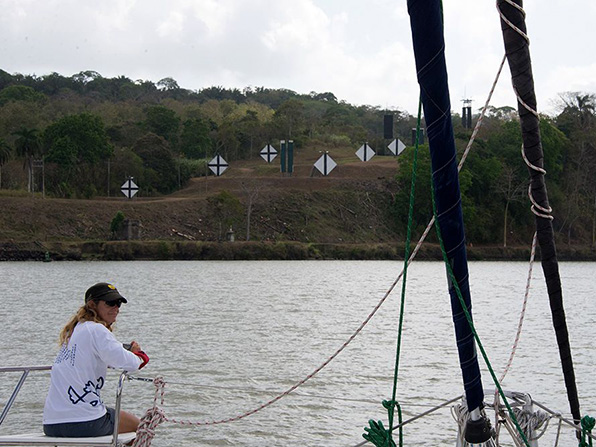 Plenty of marks to decipher.

The photo was taken in the narrowest section of the Panama Canal, the Culebra Cut, formerly known as the Gaillard Cut. As we motored by, I quizzed the advisor that we had on board about the meaning of the marks, why there were so many (all boats transiting the canal either have an advisor on board, or if they are over 60′ in length, a pilot). He explained it as follows.

What you can see on the hillside are three different sets of range marks (3 marks per set). The center set has been covered up and is no longer in use (the cut has been made wider since they were in use). The marks with the + symbol, when lined up properly, would position a ship in the very middle of the channel. If instead of using these, a pilot/captain was to line up his ship with the | symbols, he would find himself in the center of the right hand (starboard) half of the channel. These would be used when two ships are passing one another. 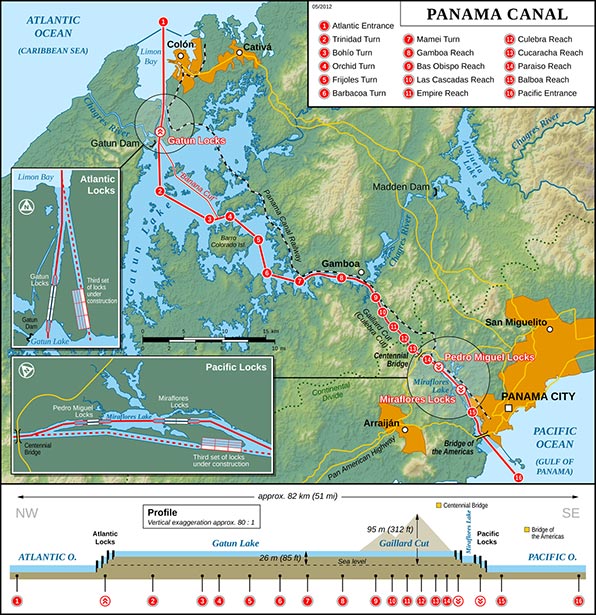 This map shows the cut’s location, in between Gatun Lake and the Miraflores Locks.

As I noted, this is the narrowest portion of the canal, and I don’t imagine there’s a lot of room for error when two Panamax ships are side by side. 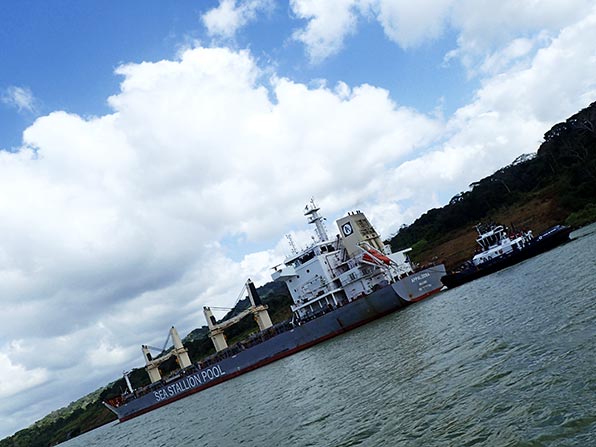 The larger ships all transit this section with a stern-affixed tug to aide mobility.

A valuable tool on a boat