Please stop when we ask you to!

Yesterday was a work day on Frost, and the two issues that needed addressing were of a fairly unusual nature. While most boat problems relate to equipment that ceases to function, Rebecca and I were dealing with two items that didn’t want to stop running!

The first item on the agenda was our diesel generator. Since we replaced the capacitors, we’ve been having no trouble getting it going. Instead, stopping the generator at the end of its run time has been getting increasingly difficult. There is a button on the control panel that, when depressed, kills the gen set. Over the last little while, we have had to hold the button in longer and longer, and the other day, we could tell that it really didn’t want to stop. 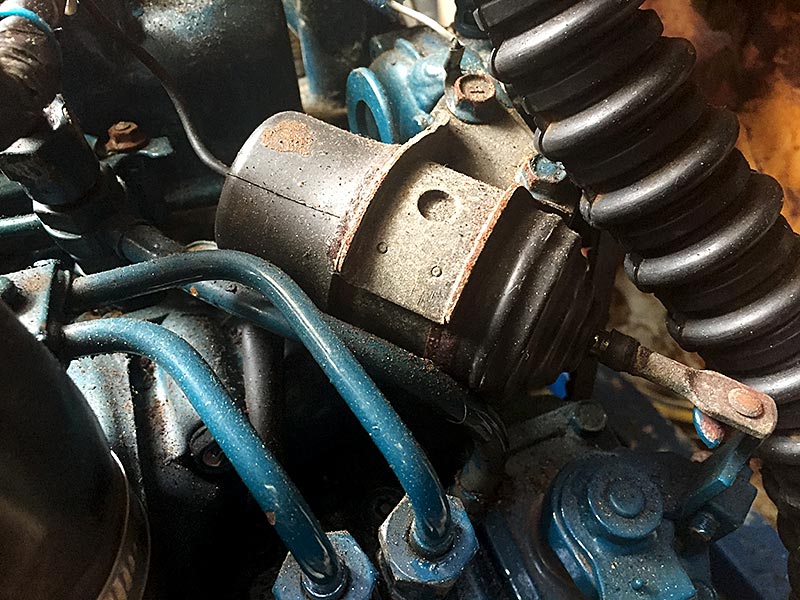 The stop solenoid appears to just have needed a bit of lube and exercise.

Not knowing exactly how this thing functioned, I did what any “Who Wants to Be a Millionaire?” player would do, I phoned (or messaged in this case) a knowledgeable friend. Simon Clay, owner of Navicomm Marine, is not only an excellent marine electrician, he knows a lot about boats in general. He explained to me the workings of a stop solenoid, and with me sending him multiple iPhone pics, he even helped me track it down. Once I had its location, and had an opportunity to watch it in operation (I had Rebecca start and stop the gen set while I watched the solenoid), I began with the assumption that it was just sticking a bit, making it difficult to close off the fuel supply fully. I added some lubricant to the plunger, and exercised the mechanism a bit, and after doing so, all appeared to be well. A relatively quick and successful job to begin the day!

The second thing we needed to address was our anchor windlass. Again, our problem was not that it wouldn’t work, but rather that it would keep going when we didn’t want it to, a potentially dangerous situation! I could tell that the momentary-on switch on the unit was sticking, not lifting back up when we let go of it. When I banged on the side of the windlass with a winch handle (winch hammer!), it would pop up though, leading me to believe that possibly it just needed cleaning and lubricating.

Fearing that taking the windlass apart might lead to later water ingress, I once again I asked Simon for some advice. He pointed out that he was unfamiliar with any Lofrans windlasses that had switches mounted on top of them, but that I was going to have to take it apart regardless.

I would later find that Simon was right. Someone, the previous owner, or the owner before that, had crudely cut a hole in the housing to install a switch, inches from the foot-eating gypsy! Why anyone would do that instead of the proper alternatives (deck switches, etc.), I do not know!

With the realization that I was going to have to take the windlass apart to at least check the switch, we got to business immediately after working on the gen set. Once the nuts were removed from the two bolts holding the windlass’s motor cover on, and the seal between the housing and the windlass was broken, it was apparent that a bit of water had already made its way inside. Further inspection proved Simon’s suspicion that the windlass had been modified, and also that the switch was corroded and needed to be replaced. In a rare good-news moment, I found an exact copy of the switch in our boat’s spares. That almost never happens! 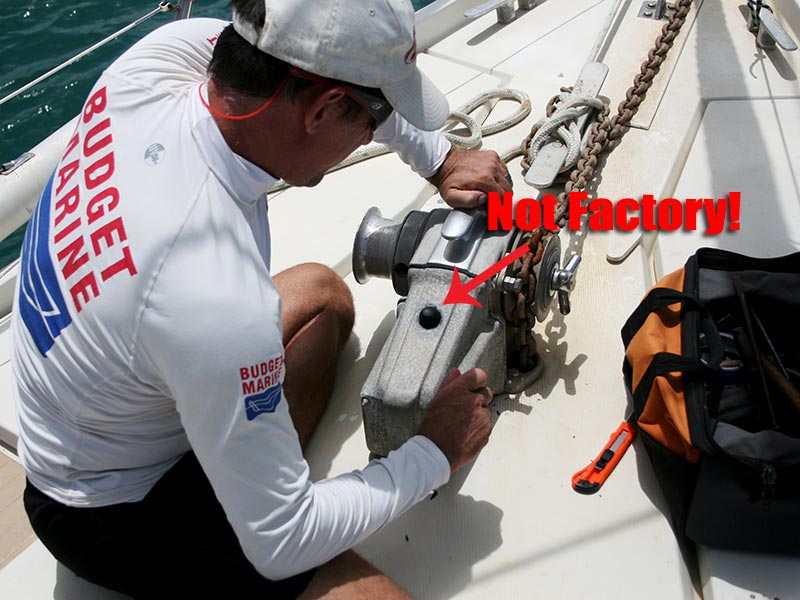 Removing the bolts holding the motor cover on. 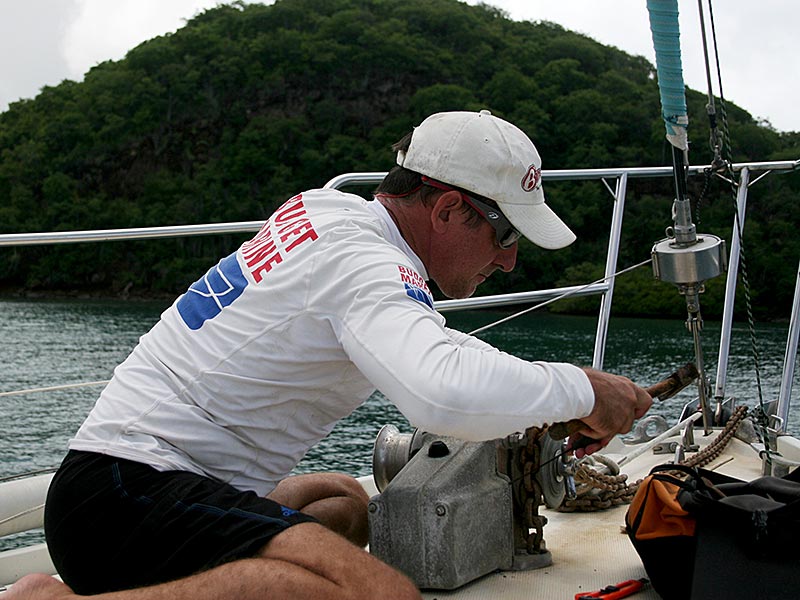 Working to break the seal.

Replacing the switch would prove to be easy, but as with many jobs, the majority of time was spent cleaning and prepping the surfaces to be resealed. I spent well over an hour scraping and brushing away the old sealant so that we could be assured that, when reassembled, it would be waterproof. Of course, to be a true boat job, we couldn’t have all of the parts that we needed on hand. While we did have a switch, the old half-used tubes of sealant that we found on board were as hard as a brick, necessitating a trip to the chandlery to buy some new stuff. 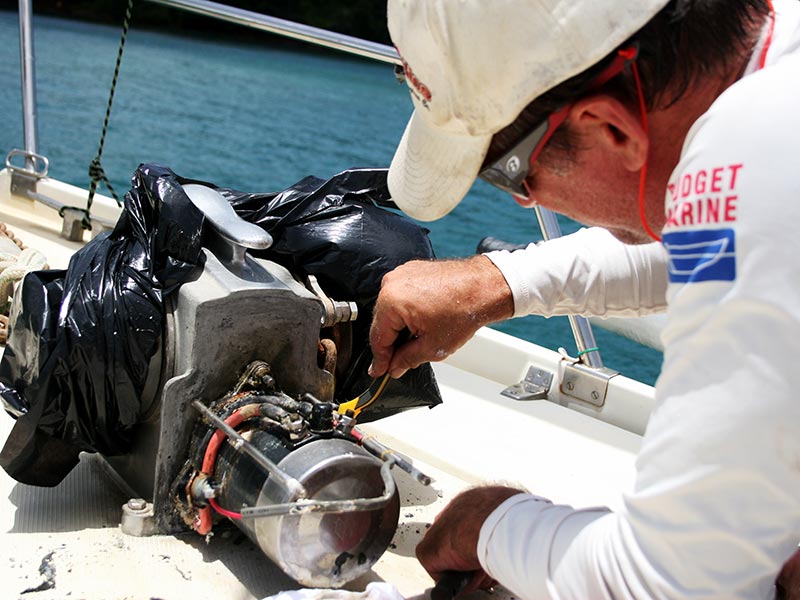 Surface cleaning and prep. Garbage bag at the ready due to frequent squalls. 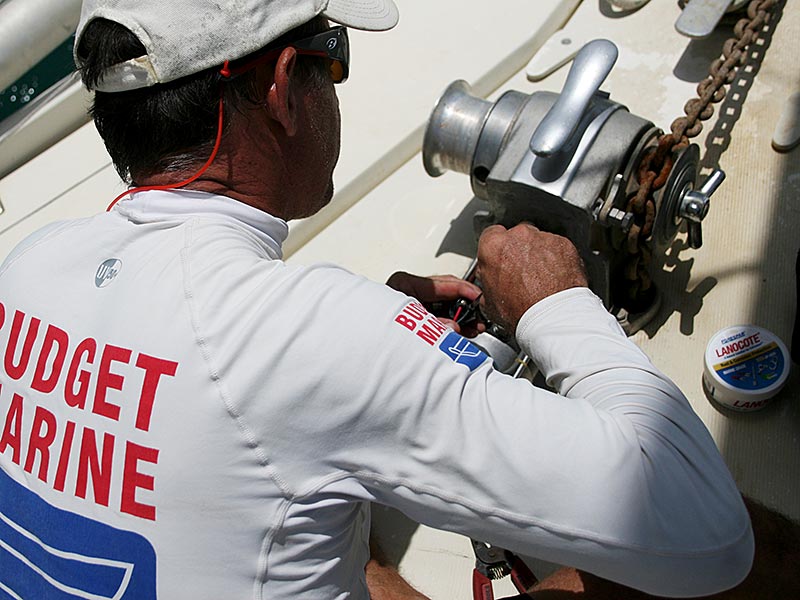 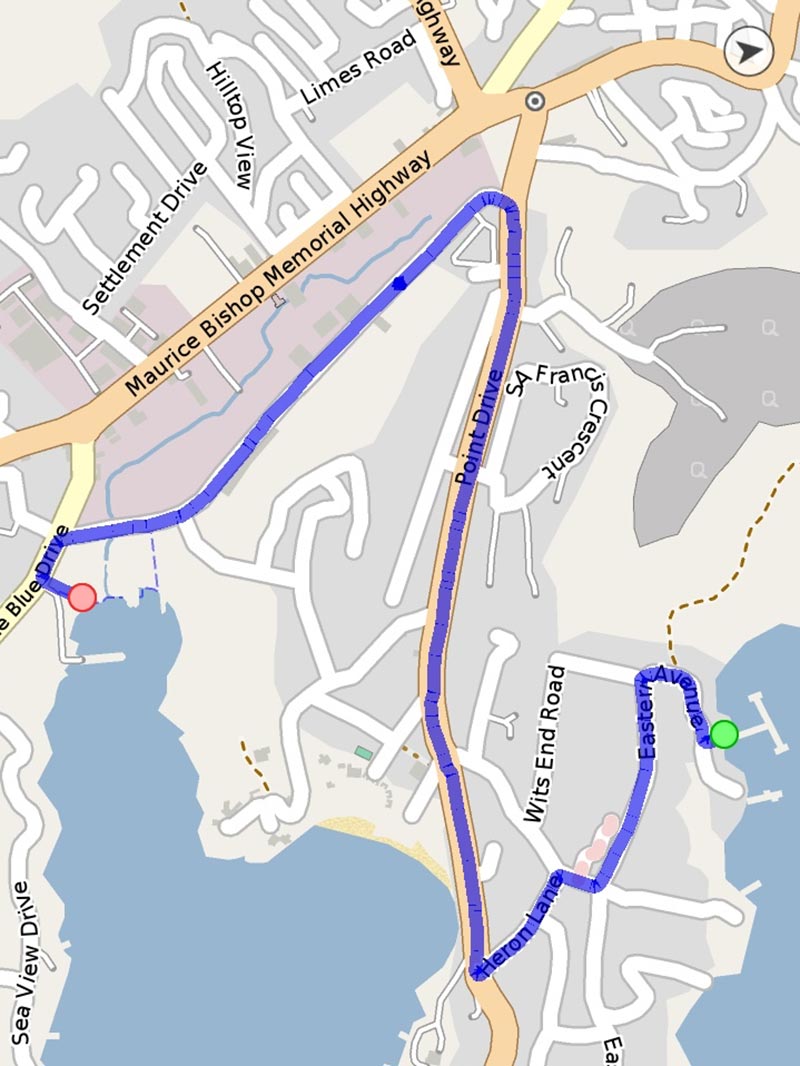 We combined our trip to Budget Marine with some exercise, jogging to the store. It’s not that far, but it sure was hot. We got to mix in some strength training with our cardio workout too, helping a driver on the Dusty Highway re-load his pickup truck with the lumber that had fallen out of it onto the road. Those planks were heavy!

With a new tube of Lifeseal

in hand, we put the windlass back together. Rather than tighten the bolts completely though, I just snugged it up a bit to allow the sealant a chance to firm up before cranking them down. Without doing this, most of the sealant would have been squeezed out, reducing the effectiveness of the gasket. Wisely, we covered the windlass with a garbage bag over night (just as we had done a couple of times during the disassembly and cleaning). The rain squalls have been frequent the last few days, and last night especially, we received a huge drenching! 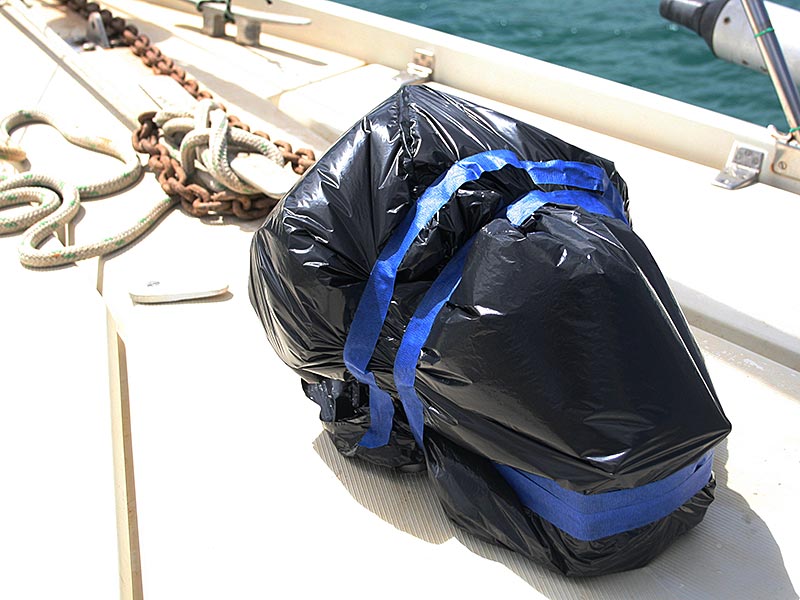 Because the waterproof seal was not fully set, we covered the windlass for the night!

Does the windlass work now? While I have yet to check it again this morning, I believe that, yes, it does. And not only does it work, it stops when we want it to. Two for two!

We can easily learn something new every day

We don’t ignore the bad, but choose to focus on the good!