Planning ahead for Halloween

I’ll admit it, yesterday’s post was a very feeble attempt at leading you astray (pun intended). No, we have not taken on any actual crew and as for a baby, HELL NO! We do, however, have a new ship’s cat, and not just any cat, a black cat which reportedly is good luck for sailors! 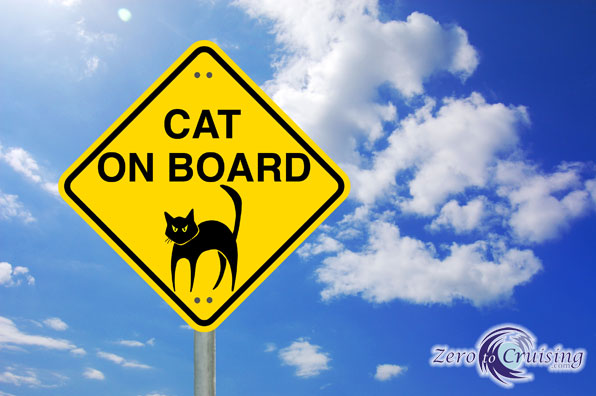 Fortunately for all of us, six year old Samantha is no stranger to the sea. In fact, this cat was raised on a boat. Sadly, due to personal reasons, her owners are no longer able to care for her which is where we come in.

Rebecca and I have always been pet people. Our cat passed away shortly before we departed to go cruising and as I wrote early on in this blog, we were forced to leave our large German Shepherd behind with some friends (I hear he’s doing great by the way). The lack of animals in our life has made for a bit of a void but given that the whole cruising thing was so new to us, we weren’t sure that we were up to the added responsibility of caring for a pet. Now that we’re a lot more settled though, we think that the three of us will be able to make out just fine.

A word of warning to any rodents who might have thoughts of stowing away on ZTC: Fogetaboutit! 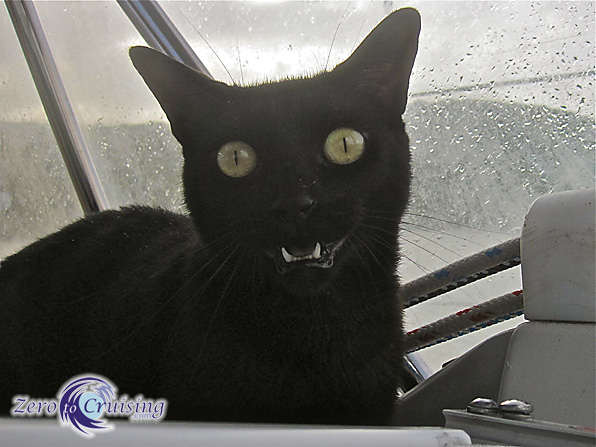 On naming a ship

How fast were we going?

New kid on the block!