Pics can not possibly do this justice!

Yesterday I wrote about how we thought the Pollepel Island anchorage was peachy keen. I have to put a huge disclaimer on that post and say that I wrote it early in the morning before ever leaving the salon. Had I ventured out on deck, the post might have had a slightly different slant.

What do you think TowBoat US would have said if we called them and said that we were stuck in weeds, in 12′ of water? Over the course of the night our boat was covered, wrapped up, surrounded and just about encased in weeds. Thick, need-to-be-cut-with-a-large-serrated-knife type weeds (we were doing just that). We took a bunch of pics but I swear there is no way on earth they could do this justice. It took us at least 2 hours of hard work to free ourselves and in my mind, the situation bordered on dangerous. Our engines, which we left down for the evening, were covered and thus inoperable. Had we actually been able to move (we couldn’t) and our anchor had dragged (it couldn’t) we might have ended up on the shallow ruins around the island. All in all, NOT a fun experience. As our friends Susan and Jeff might say, that was not what we signed up for.

But, it does give us a fun story to tell. Doesn’t it?

Below the pics would be my dialogue… 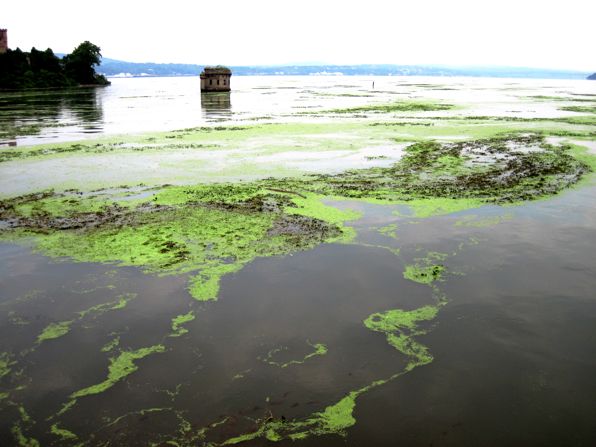 First sight, looking aft: Oh, this is sort of gross. 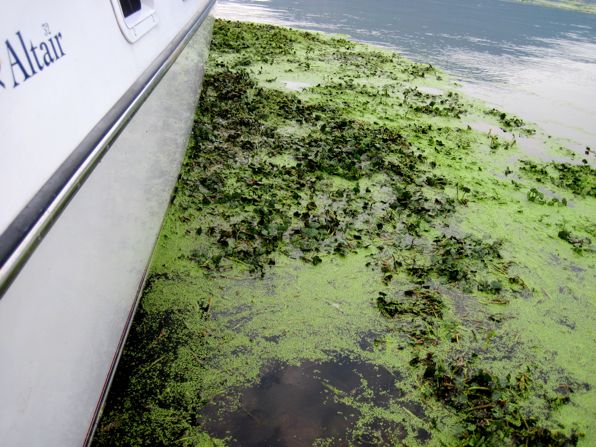 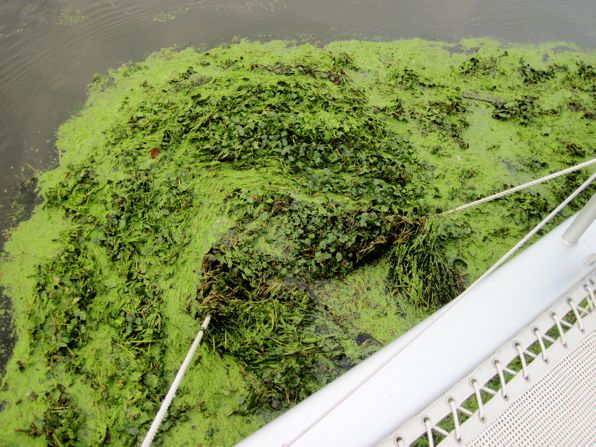 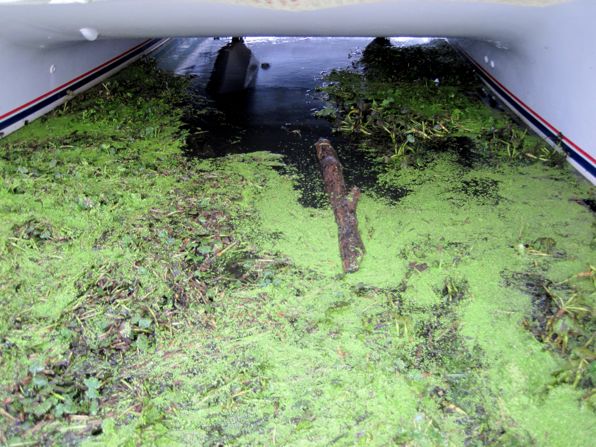 Fourth sight (looking under boat from bow towards stern: REBECCA!!!! Come and see this!!!! 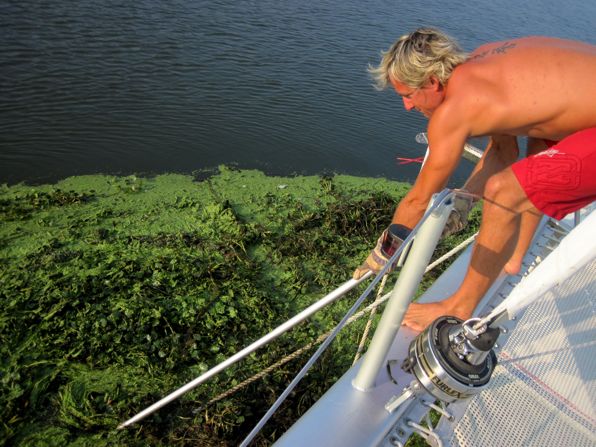 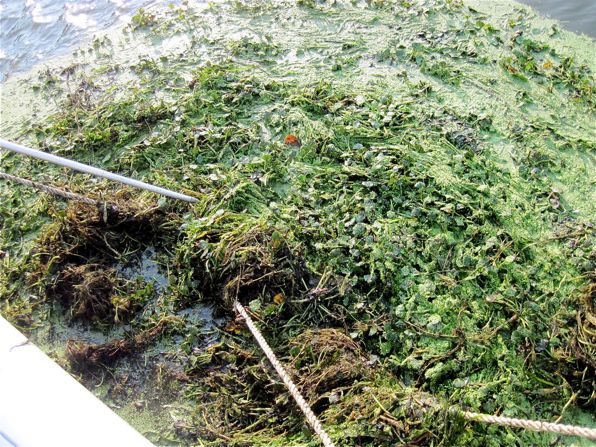 We’re going to be stuck here forever. The haunted castle has entrapped us! 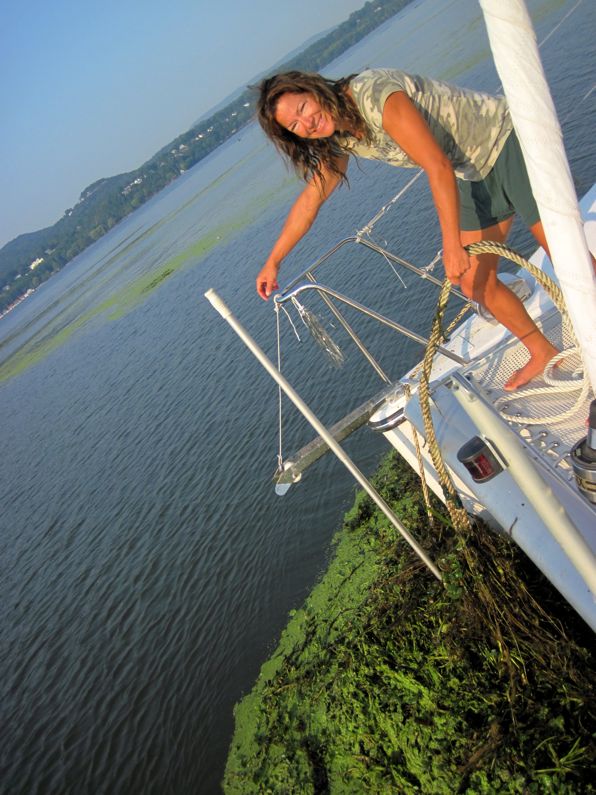 That’s right Rebecca… do it just like that. Now I’m going to go have some breakfast. 🙂

We ultimately did escape, what I now think is haunted, Bannerman’s Island. We headed off to Haverstraw and anchored behind Croton’s Point. While we were chilling a bit (this means that I was enjoying a beer, playing on the computer while Rebecca was doing a TRX workout – psycho) we were visited by the Rockland County Sheriff’s Dept. A routine check of paperwork and safety stuff, we received their stamp of approval. They did tell us though that we need to be calling in to the Dept. of Homeland Security at each port to let them know our whereabouts. I had heard this before but because we weren’t told this officially when we checked into the states, we didn’t push it. Now that we have been officially informed though, we’ll have to play along.

Today we’re up early and off to New York City. We have both the West 79th St. Boat Basin and an anchorage near Liberty Island programmed in our plotter. The weather looks good for the trip so unless we’re surrounded by weeds again, it should be a good day.

It’s going to get colder before it gets warmer