Our thoughts turn to moving

Once again, our thoughts are focused on moving on. We’re nearing the end of our Georgetown experience, with only a weekend of regatta events remaining.

Yesterday was long and activity-packed. We were on the beach just after nine to warmup with our teams for the four-on-four volleyball tournament. We each played 7 games and although my team looked quite strong on paper, we just weren’t able to get it together, winning only once. Rebecca’s team faired much better but when points were tallied, didn’t make the cut for the finals. No additional rum winnings for us I’m afraid.

The later afternoon was spent playing “golf” on the eastern shore of Stocking Island where a 9-hole course had been laid out on the beach. Rebecca opted not to play but accompanied our foursome during the game, acting as team photographer. Although the fairways could have been a bit better manicured, I don’t think you’ll find a course anywhere in the world with quite that nice a view!

Rebecca and I spent a quiet evening aboard ZTC last night, reflecting on the days events, but also discussing our departure to-do list and routes. We’re both anxious to see what lies ahead of us! 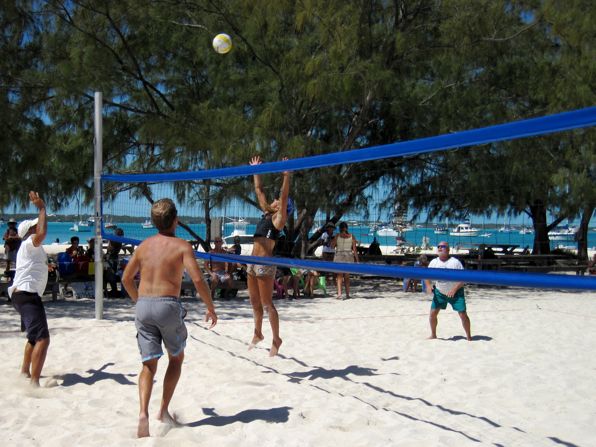 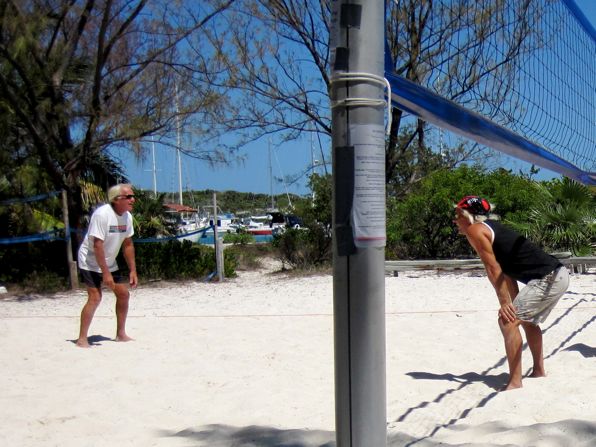 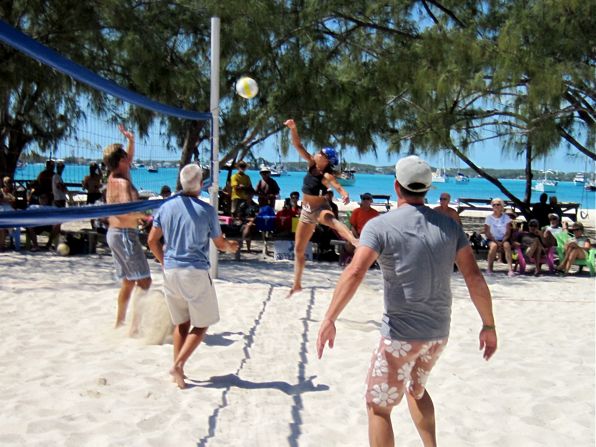 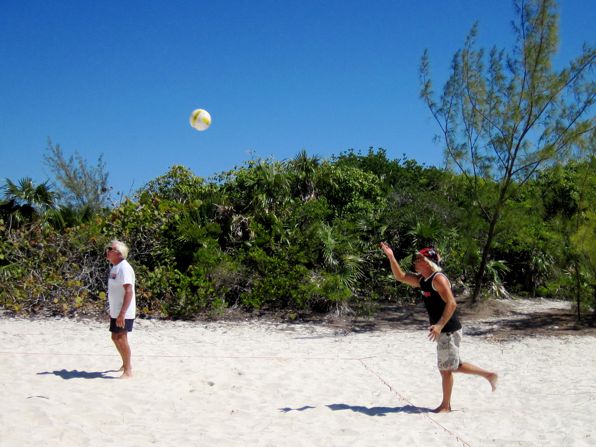 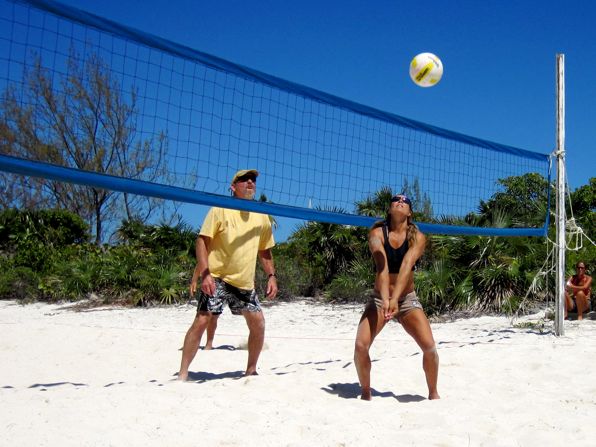 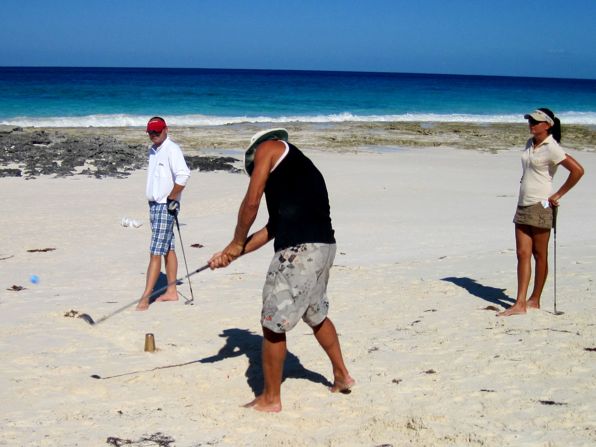 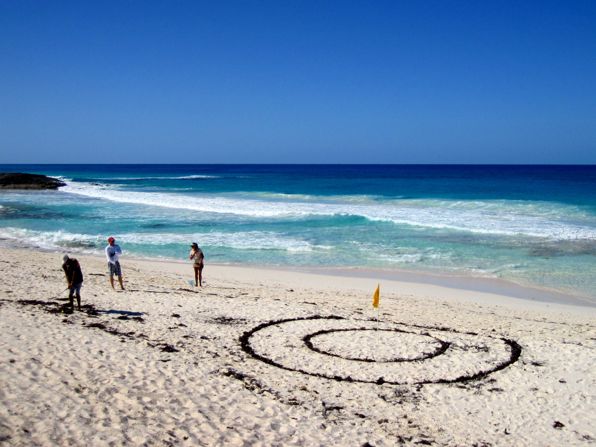 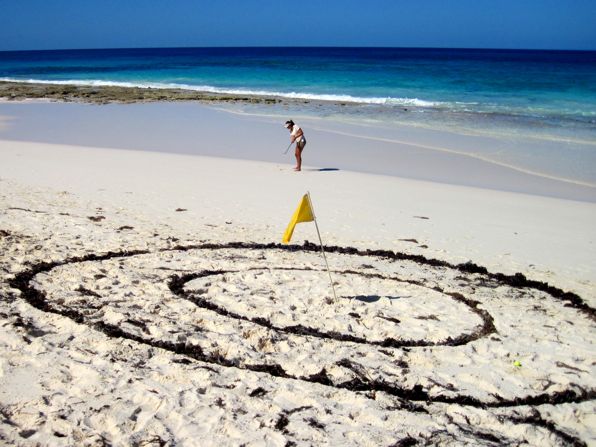 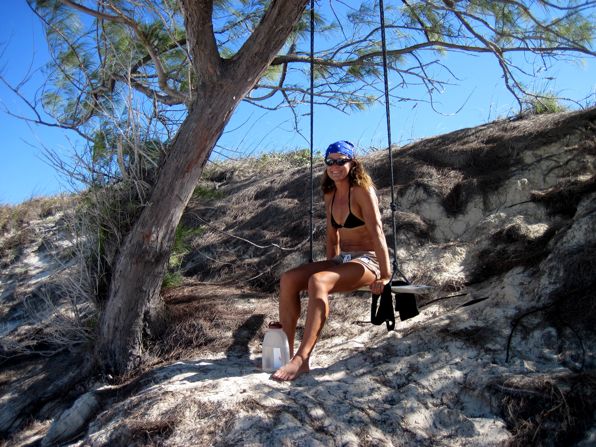 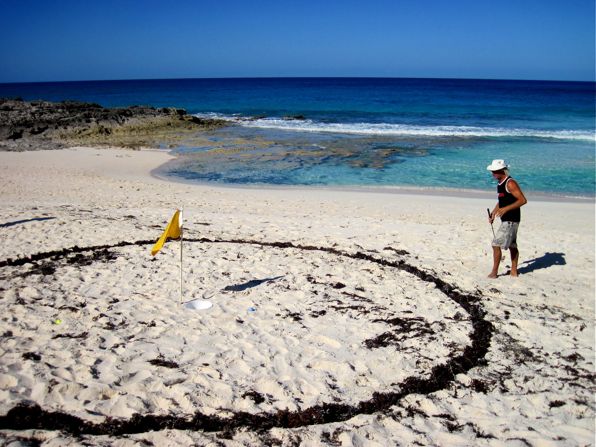 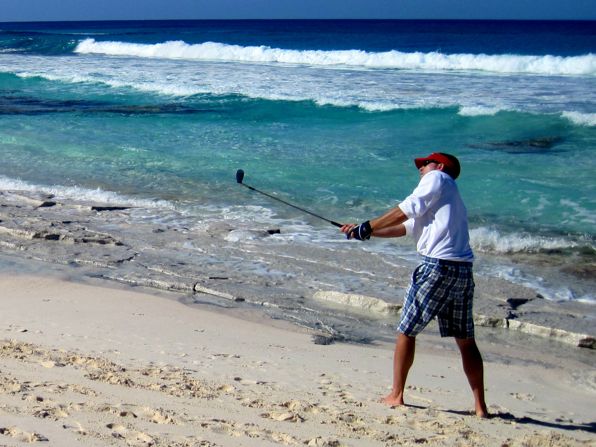 Waves are not measured in feet or inches.

The definition of rolly