Our quest for more storage space

Back in July I posted a photo of a magnetic spice rank that we installed. One of the comments we received, from a former PDQ owner, suggested the magnetic strips might not hold up. Well, she was right. The double-sided tape gave way in short order, and the metal strips showed spots of rust within a couple of weeks. So, there we were with a dozen or so spice tins with magnets on the back and nowhere to put them. Rebecca to the rescue! She cleared out one of the little cupboards and installed a rust-proofed piece of metal along the back side. Although it doesn’t look quite as pretty as our initial attempt this one is much more secure and keeps the spices tucked away nicely. 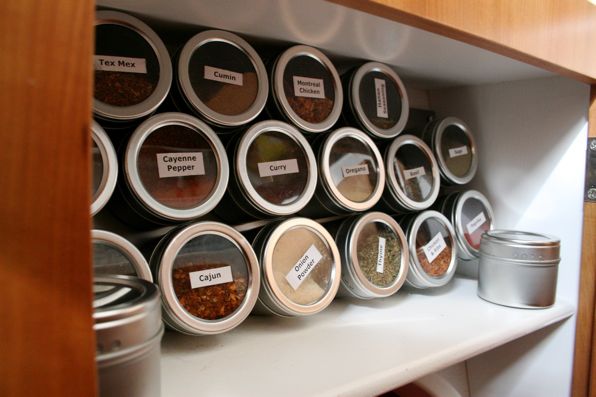 I also previously posted a photo of the huge storage space available under each of the two beds. This is awesome for storage except for one little issue: accessing it requires folding the mattress in two. I have never wrestled an alligator but I imagine it would be much like that chore. Putting our brains to work netted us the idea of having the mattress modified (cut) so that it would fold to easily allow access. We turned once again to Barry Braithwaite for this job. We dropped it off this morning and picked up the finished mattress moments ago. Awesome. He also did the job for a lot less then he initially quoted us. Double awesome! We will be bringing in the mattress from the other berth next week to receive the same surgery. 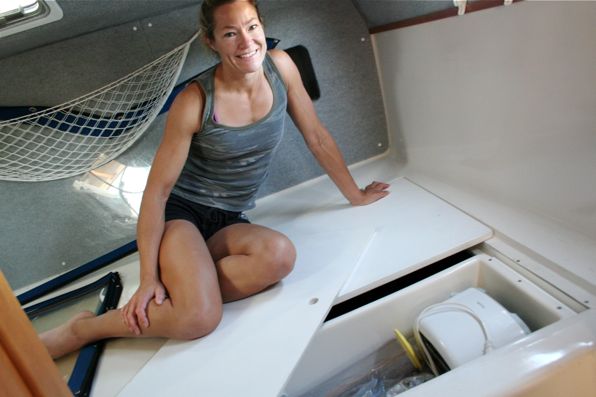 What are the odds?

What’s in your tool box?