Fridays remain our day off of work, but that certainly doesn’t mean it’s a day of rest. Instead, Fridays are typically filled with errands, shopping and other miscellaneous chores. Today we began by loading our other main sail into our truck to take it to the Kingston Sail Loft for Andy and John to check out. They were much more impressed with this sail than the initial one we brought in for repair. Their recommendation is for us to use this one next season, and as I did with the previous sail, take a few pics to bring to them so that they can see its shape while in use. Cost of inspection? Nada! I highly recommend these guys. Too bad they don’t have a website that I can plug here!

Next stop was Collin’s Bay Marina where we were able to get our first look at Katana under wrap. We also had to drop off a (large) cheque to pay for her winter storage (and haul out, etc.). 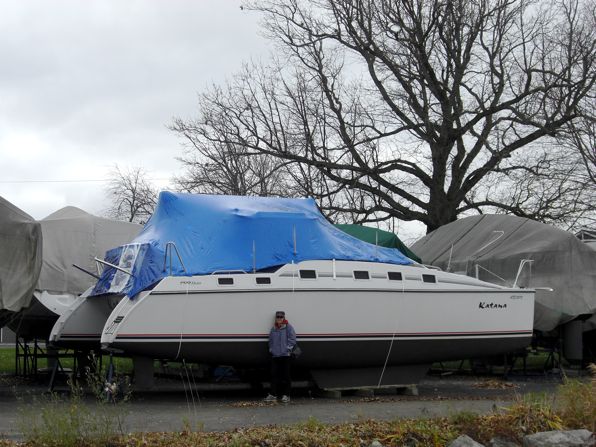 With that large amount of cash now gone from our bank account, we were not overly interested in spending any more, but as we also don’t like to starve, we decided some grocery shopping might be in order. We have been working very hard at curbing our spending, beginning in this case by simply choosing a less-expensive grocery store. We also try to balance eating healthy with eating frugally, something that can be, at times, challenging. I can’t wait until we can catch some “fresh” Mahi Mahi or lobster for dinners, instead of eating trucked-in frozen stuff. 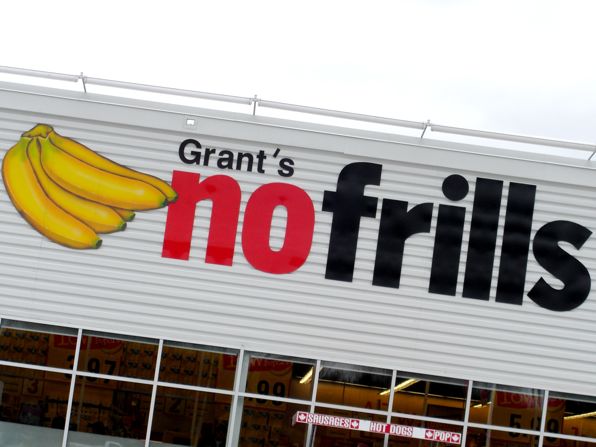 “Tiny” tip of the day

No stirring of hornet’s nests