Orient Bay the second time around

As those who follow our Spot profile may have noticed, we’re now anchored in Orient Bay on the French side of St. Martin. There is a pretty strong SE breeze blowing right now and that, combined with a fairly large NE swell, would make a trip to St. Barts a tad uncomfortable, even though it is only 13 or so miles from here. And so, we’re “waiting for weather” before we head out.

We first dropped the hook in Orient Bay where we did the last time, just in front of Club Orient, St. Martin’s only nude beach. The anchorage is protected by a reef but with the way the wind and seas are right now, it was crazy rocky. We did tough it out for one night though and, the following day, even snuck ashore to enjoy the beach a bit. When they tried to extort $7.00 US each from us for using their lounge chairs we decided to move on. We also got tricked in their restaurant by thinking that the food prices were in dollars when in fact they’re in Euros. 🙁 We won’t make that mistake again (this season anyway).

Business tip to Club Orient: Instead of charging for the use of your chairs, offer free chairs and make money selling drinks! Have a few waiters/waitresses going around between the chairs. We saw no one doing this so I assume it’s not being done. I do understand that their primary source of income is from their hotel guests but more customers = more money! 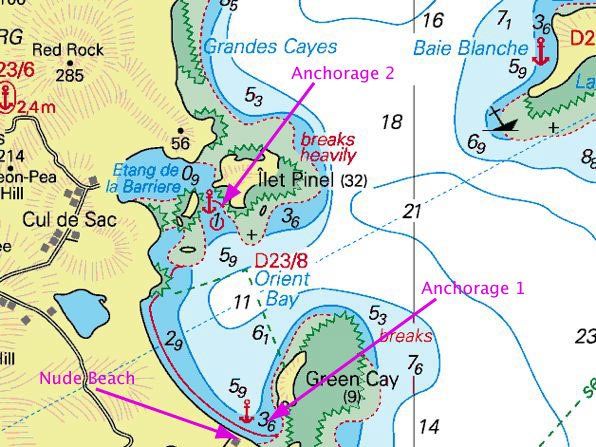 Yesterday we decided to pick up anchor and move down the bay to hide behind Ilet Pinel. Both our guide books and a friend of ours said that this is a nice protected anchorage and even though there is a bit of swell creeping around the island right now, we’d have to agree, especially when compared to where we spent the previous night. Strangely the guide book makes no mention of the three different resorts that are on this island. It is a very popular spot and we saw several boats bringing large groups of people there to enjoy the sun, sand and surf.

On the internet front, sadly Club Orient’s Wi-Fi is no longer unlocked as it was last season. This is actually the reason why we visited their restaurant in the hopes of acquiring access to their system so that we could update the blog and check email. Happily there is an unlocked signal by Ilet Pinel that we are making use of right now. Big thanks to who ever owns it! 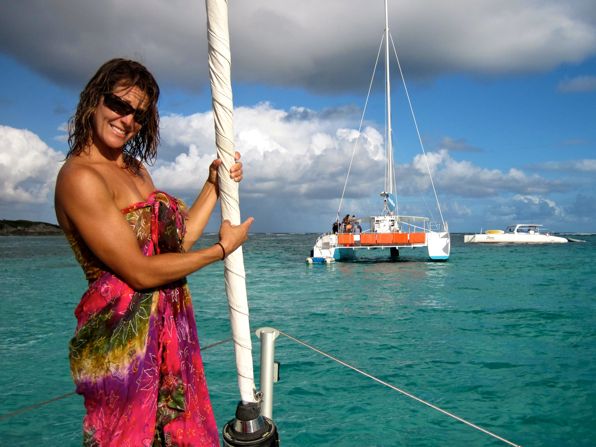 Can someone tell me why, with a ton of open space all around us, this day-charter boat had to anchor right in front of us? Perhaps they felt that giving their guests a view of us suntanning on our bow would net them bigger tips. Jerks. 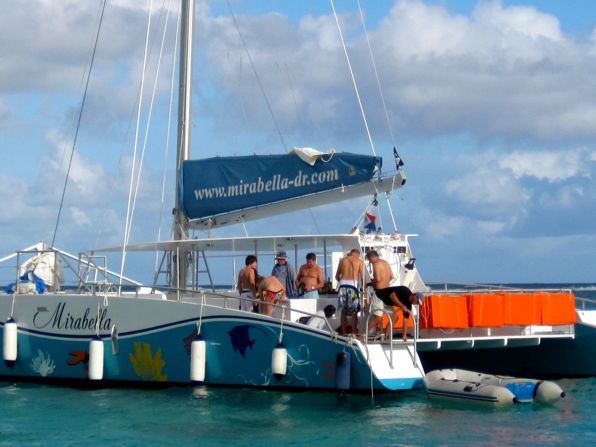 I’d question the operator of this place about their competency when it comes to selecting anchor spots! 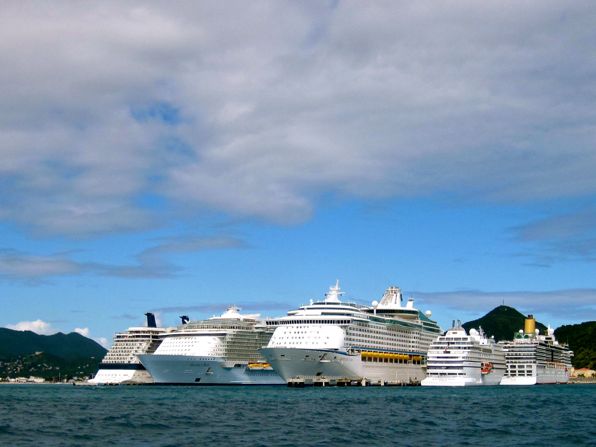 I guess we should just be glad it wasn’t one of these guys anchoring just off our bow. Photo is of the cruise ships docked at Philipsburg as we made our way out of the harbor.