On to Tecate, and then further south

Day two of Baja Divide riding brought us to the Mexican border town of Tecate. This is where, in my mind, it starts to feel real. After a quick breakfast and mug of coffee, we left Chicken Ranch just after 7:00 AM. Our initial destination was a restaurant called Barrett Junction, maybe 10 miles away from where we spent the night. It was there that we hoped we’d be able to have a more substantial breakfast with a second cup of coffee, and more importantly, fill up our water bottles. Alas, it was not to happen. What we didn’t realize is that the restaurant doesn’t open until 11:00 AM, and we arrived there just before 9:00 AM, far too much of a difference for us to want to hang around. So, on to Tecate we went. 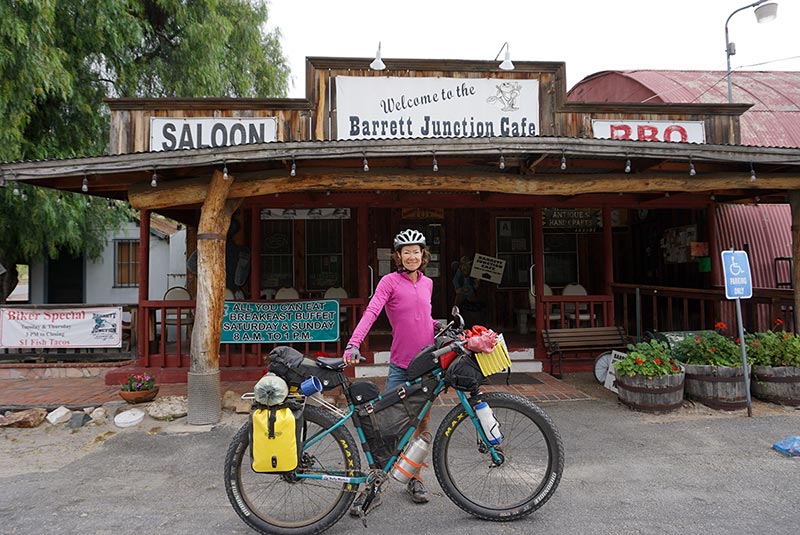 She’s smiling for the pic but neither of us were too happy to find this place closed.

Crossing the border was so fun that we did it twice. Yes, seriously! After unsuccessfully playing with the cars in the drive-through lane (they kept passing us, and cutting us off), we were directed to walk our bikes through the pedestrian area. We saw people putting their bags through an x-ray scanner like you’d see at an airport but with nothing more than a “No necessita visa?” (You don’t need a visa?), to which we answered no, we were funneled out onto the streets of Mexico, sans inspection. Of course, we didn’t realize that was what was going to happen, and after a moment or two of discussion, resulting in the conclusion that “Yes, we do need a visa,” and to have our passports stamped, we walked back to the United States side of the border again and started all over. Everyone was super friendly, and also curious about the bikes and our plans. The entire procedure was painless, and after paying only $27.00 US each, we were granted 6-month visas to explore the huge country.

Thanks to Chris, our last Warmshowers host, we actually had a destination in Tecate, the Hotel Paraiso. We were led to believe that it would be basic, but inexpensive, and the description held true. We received a single bed, no-TV room for only 17.00 US per night, and we were permitted to bring our bikes right into the room with us (not being able to do that would have been a deal breaker). Of course, we had to get them up the stairs, a fun challenge in and of itself! 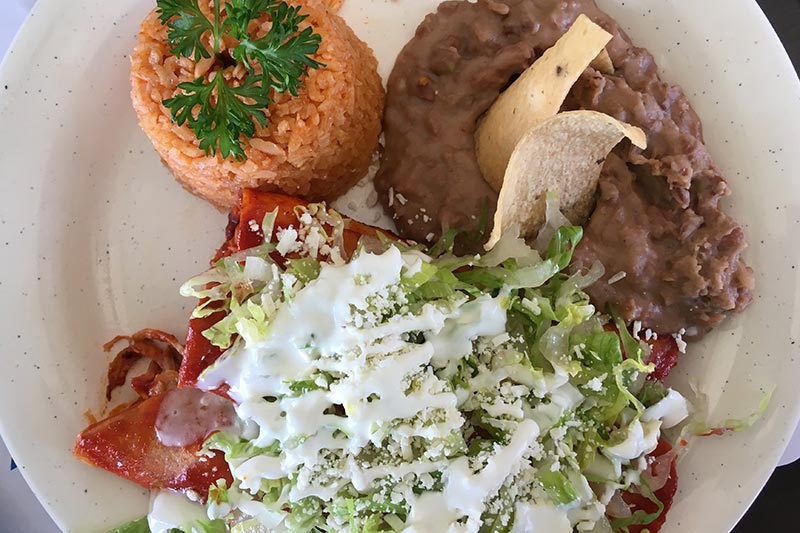 Hot showers, a real bed, and a place to organize ourselves was all we really wanted. The relatively-speedy hotel wifi was a bonus. The combination was so good that we even decided to spend an extra night there, making sure that we had everything dialed in on our bikes before heading out onto the trails tomorrow.

Aside from the difficulty of the riding itself, the most challenging aspect of this trip, I believe, is going to be water management. Water is scarce, so we need to carry two, and sometimes perhaps even three days worth (keep in mind that I am slow). It’s also heavy, which is unfortunate. I now wish that we had followed what some others have done and shipped some of our heavier, lesser-used objects onto mainland Mexico. Things like this laptop, for example, which won’t get much use in the desert, I imagine. It’s too late now though, so what we have with us is what we’ll be carrying. I will say that we did do one final extreme, last-minute purge though, cutting unused straps off of bags, and removing objects that we hope we won’t have much use for (silk sleeping bag liners is one thing that didn’t make the cut). 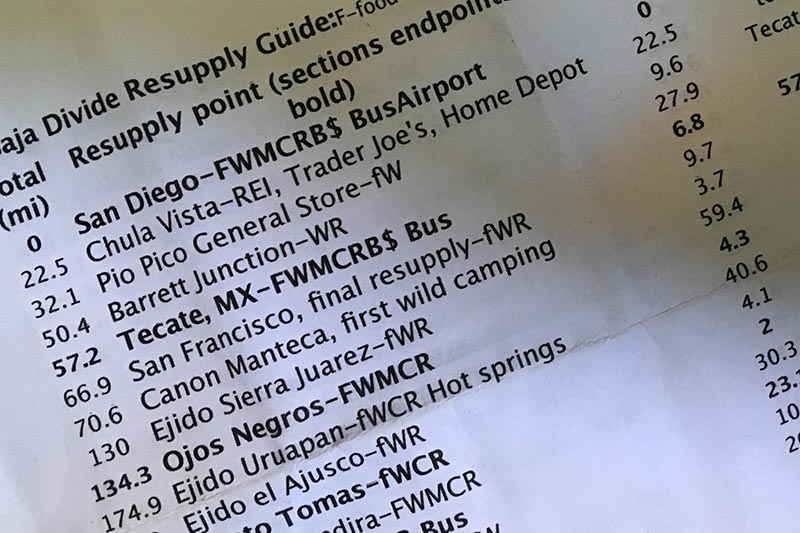 Where we hopefully can find water, food, etc.

As luck would have it, just before we’re set to go off the grid, I received another cryptic French document from our lawyer. I phoned our broker friend in Martinique to find out what it meant, and also to let her know that we’ll be unavailable for the next little while, suggesting that if anything needs our attention, to please send an email and I’ll try to respond when we get a chance. As it stands though, I have no idea when that will be. Although our T-Mobile phones are working wonderfully right here (on roaming), I have little expectations that they’ll work when we get south of town.

Wish us luck… we may need it!

After much debate, the tent we chose is…