On the bright side, we, once again, have a shower in our head. But, we no longer have a composting toilet.

To start, I will go on the record and say that most of our composting-toilet woes may have been caused by the way that I vented it. With that said, we decided that having a composting head on our boat was more work than having a traditional marine head like the Jabsco that we had when we bought our boat. Without going into too many gory details, let’s just say that we thought it was… dirtier. Having finally had enough, we made our way to West Marine and purchased a new (on sale) Jabsco manual head and related paraphernalia and did the deed (install) yesterday. Because we had the exact same head on our boat before, the re-install was fairly strait forward. The most challenging part was getting the sanitation hoses onto the barbed fittings. I have been told that heating the hose with a heat gun helps. Sadly we have no such tool on board. The closest thing I could round up was a tiny compact hair dryer. Running that thing 1 mm from the hose until it got so hot that it tripped the internal breaker ultimately softened the hose enough that I could wrestle it into place. Sitting in the anchor locker to do this task, after Sunday night’s bday party, was not a lot of fun.

Now completed though, we have to admit that we are both much happier. When it comes time to rebuild the toilet because the joker valve fails, or something similar, I may have a different opinion, but that’s how we feel today. If anyone reading this wants to take a stab at a composting head on their boat, I’ll make you a great deal on the one we have (all shiny and sanitized of course). 🙂 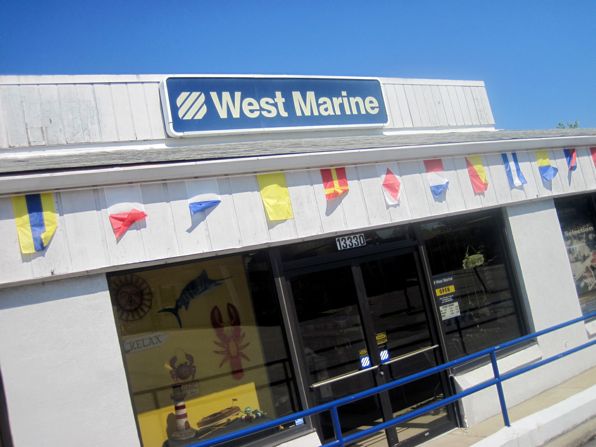 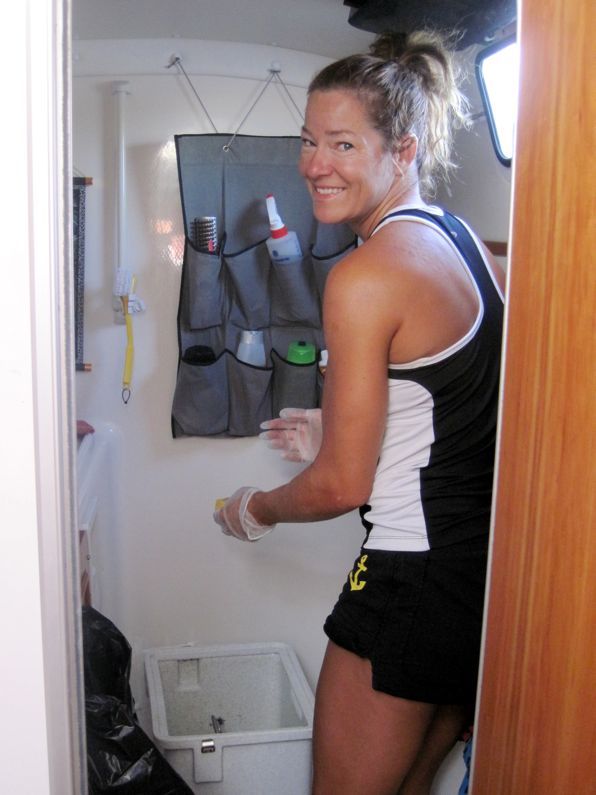 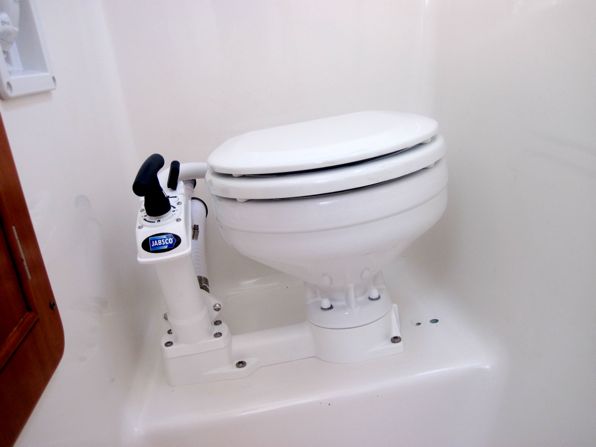 
Coincidentally, while at the birthday party we mentioned, we struck up a conversation about our pending head install. The live-aboard couple we were talking to told us that they too have a composting head on their boat (an Airhead) and they can’t wait to get rid of it, due to problems similar to ours. So, I guess it’s not just us.