When the Leopard’s owner arrived the day before yesterday, he came loaded down with goodies. Some of the things that he had tucked away in his luggage were very cool surprises for us while others were items that we had requested that he bring along. In the latter category were two Racor vacuum gauges to install on our fuel filters. 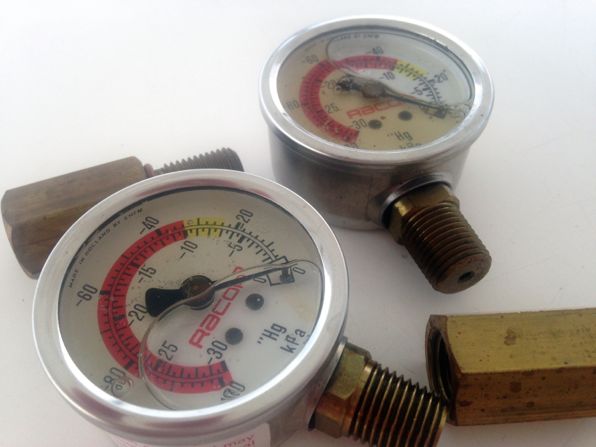 Ever since our friend Eric installed these gauges on his boat Makai I have been wanting to get a set. In theory they measure the amount that the fuel filters are being restricted thus letting you know when you need to replace them. Now that we had the new gauges on hand we simply had to install them. Simply, he says.

Installing the gauges should have been an easy project as they directly replace the T-handle that normally resides on top of the filter housing. In our case though, the Racor filter housings were completely packed with crud! Before I could even consider installing the new gauges I had to deal with that.

Cleaning the housings out required completely disassembling them and then, with a small screwdriver and paper towels, time-consumingly picking out each bit of crud. Only once that was done and we were satisfied that the housings were pristine did we reassemble them and put in new filters. Adding the vacuum gauges was the final step and I’m happy to report that now that they are installed, they are functioning as I think they should. Of course, I’ll only know that for sure if they start to register that the filters are getting clogged, something that will likely happen very quickly if we don’t do something about our fuel situation. Yes, there is no way the filter housing should be that clogged! 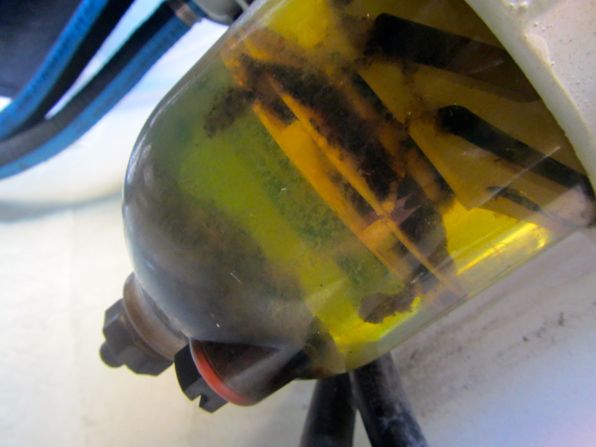 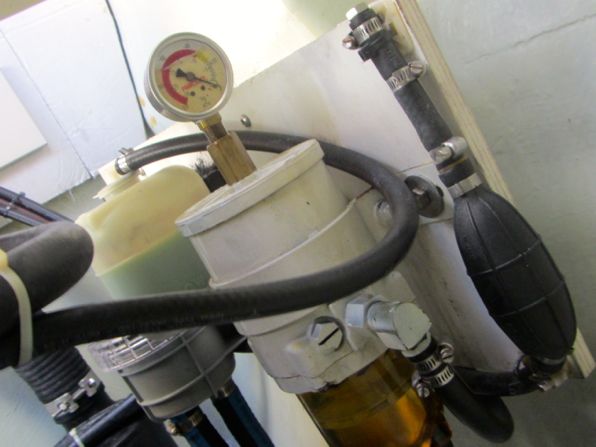 Once we return from our week in the BVI I plan to source out a service that will polish the fuel and clean out the tanks. This is something that I did want to have done before leaving Grenada but it didn’t make it onto the to-do list until we were ready to leave. Having clean fuel is super important so I’m going to make this a priority now.

Our promise to one another and to you

We couldn’t resist the Luci lights!

We enjoy being pampered too!

Foresight: If I knew then what I know now