The internet in general, and this blog specifically, has brought us much valuable info but more importantly, it has also brought a surprising number of very cool people into our lives. Here is a list of just a few of those people who helped to make our Baltimore experience rock! In no particular order…

Michael: Michael and I have been friends for a while. I don’t mean the kind of friends who have grown up together, sharing laughs and tears. I mean real friends… Facebook friends. 🙂 In truth, Michael and I first made contact on Facebook because we both post on the Liveaboard forums. Coincidentally, the day after we arrived in Baltimore, I commented on a photo that he posted on Facebook, saying that we were docked near a boat in that image. As it turns out, we were tied up right outside his marina where he lives aboard his boat.

Michael was also kind enough to introduce us to some of his sailor friends: Igor and Angela, Bob, Antonio and Vaughn. Vaughn is the guy featured in the crazy video at the bottom of this post.

Dave and Renee: This is the couple that I mentioned that we had met first on the Erie Canal. What I forgot to say is that these guys had lost track of us and only figured out where we were because they stumbled across an article that mentioned us and our blog (see page 62-65). That article was written by Cindy, who we met through this blog.

Chris and Illana: When I have plenty of time and a good internet connection, I enjoy browsing through the various sailing and cruising forums. The other day, while hiding out from the rain, I came across a post on Sailnet about the Fell’s Point Fun Festival. Through that post we were able to make contact with Chris, and later his wife Illana, who are very cool couple. We were able to hang out with them on a couple of different occasions over the weekend, including an impromptu sail yesterday on their Hinkley 35 Pilot. What a sweet boat! We hope to run into these two again down in the islands! 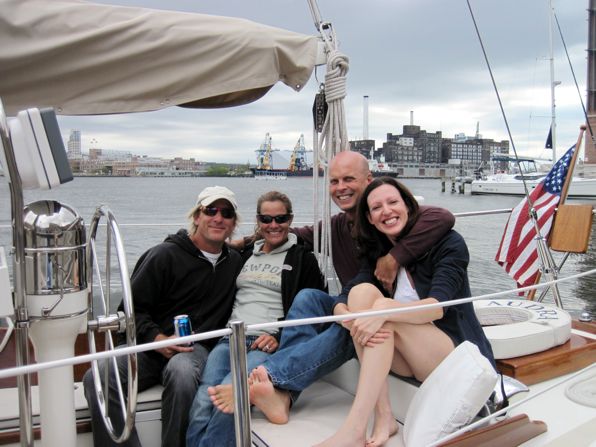 Rebecca and I with Chris and Illana. 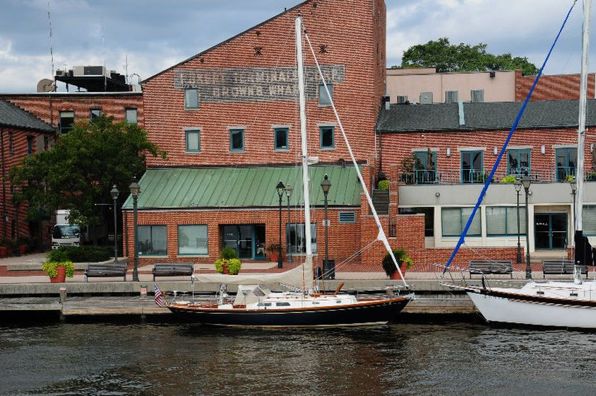 Chris and Illana have a beautiful boat, even if it is a bit “tippy” for our tastes. 🙂 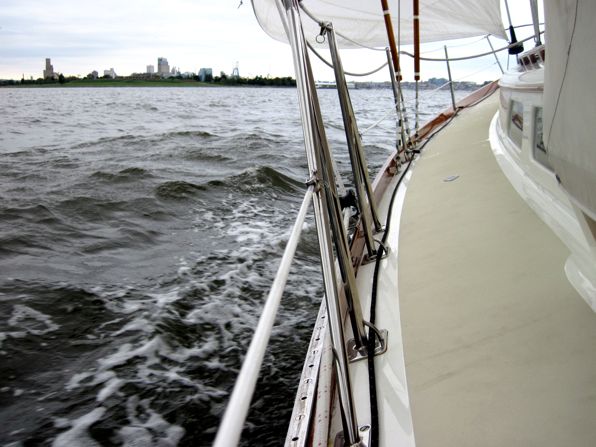 Travis and Maggie: One of the blogs linked on our Research page is Sailing Me Voy. As it turns out, Travis and Maggie live aboard their boat here in Baltimore and they were cool enough to send us an email to come and visit and buy us breakfast! They currently own two boats and are fixing them both up. They tell us that this will be their final “cold” winter and they’ll be following us south next year. Cool stuff… more people to hook up with later. 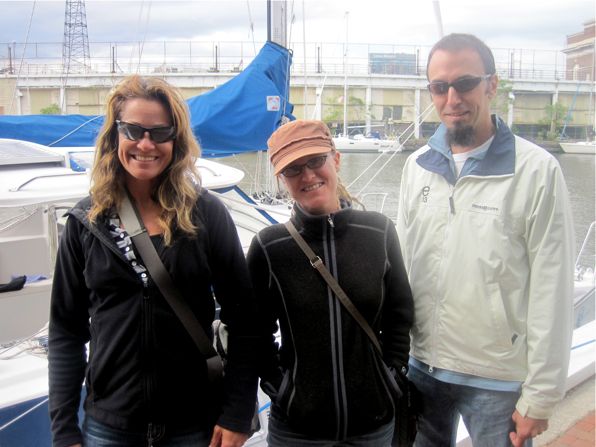 Eric and Deb: We met this great couple just outside our boat. After striking up a conversation we found out that they were sailors “trapped” (my word, not theirs) this weekend in a group of power boaters. Gasp! Anyway, we had a great time with these two.

We were also happy to meet up with Mark who owns a marina/restaurant in the Middle River and of course, we can’t forget our buddy Tom, who was our inspiration for coming to Baltimore for this festival. 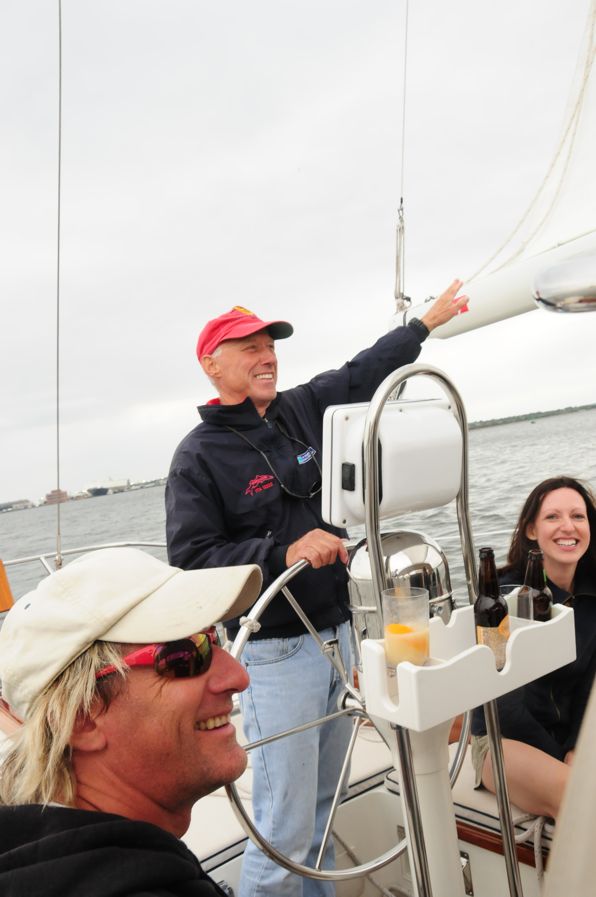 Our friend Tom at the helm on Chris and Illana’s boat.

Fun times were had by all! 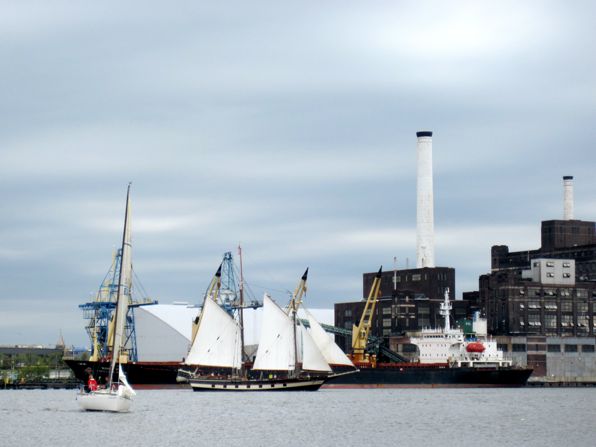 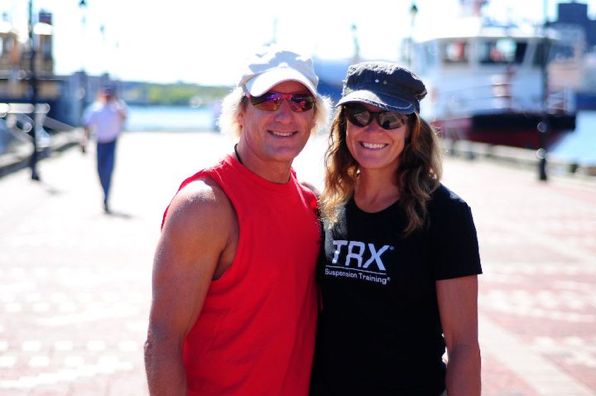 *Surnames omitted to protect the innocent, and the guilty. 🙂

Improvements overlooked by most guests – Part 2