I’m not sure if I mentioned it or not but we have already paid one visit to ZTC where she rests on the hard at Grenada Marine. With our friend Jeff’s help, we loaded up his pickup truck and transported a bunch of our personal belongings to One Love. As yesterday’s hash began and ended at Grenada Marine, we took advantage of that second opportunity to grab some more items off the boat, including various electronics and hard drives. 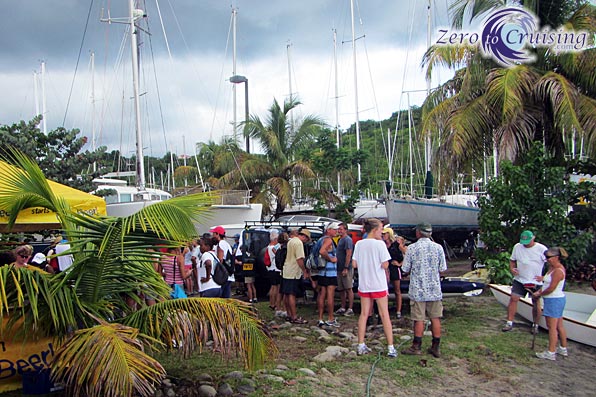 Grenada Marine, with the boats in the background, was an excellent site for the hash to begin. 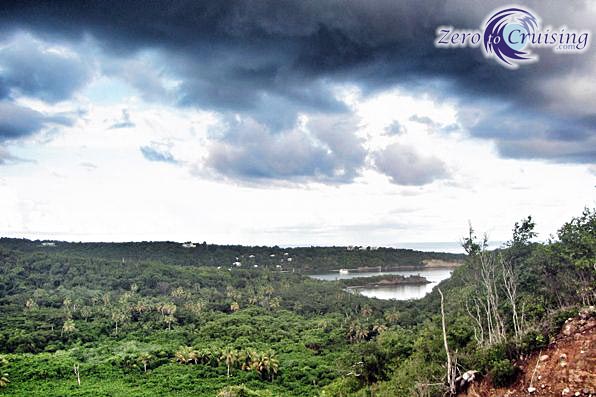 The rain only added to the fun.

As we’ve had none of those items with us up to this point, we have been entertaining ourselves most evenings by watching Distant Shores cruising episodes. Our friends Paul and Sheryl have their boat Distant Shores on the dock here at Port Louis Marina, and Paul treated us to advanced copies of their two brand new DVDs. While I’ve never seriously considered cruising in Europe, I will admit that the footage of them traveling through the French canals, into Paris and Morocco and crossing the Atlantic with the ARC (Atlantic Cruising Rally) was inspiring. Those two certainly do have a lot of experience. 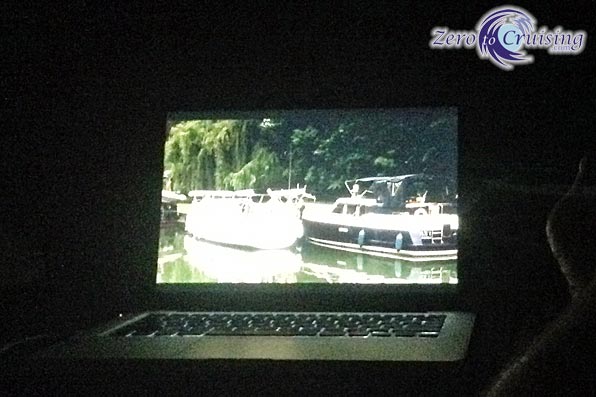 Lying in bed, enjoying a glass of wine and watching Distant Shores.

A river for every day of the year

It’s nice to have friends!

So much to see and so little time