Off to a rocky start

After completing the process of clearing into St. Lucia, and bidding farewell to our friend Carryn who was flying back to the US for a visit, we were all eager to get out of Vieux Fort. As we all (ZTC, Sabbaticus and Sol-mate) started to raise our anchors, our windlass started growling at us making us think that it was going to die as it had before. As the rode became taught though we realized that instead of the windlass not working, we were stuck, having wrapped our chain around something. 🙁 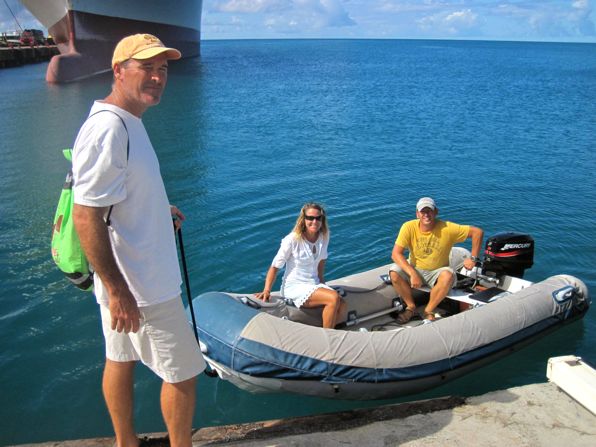 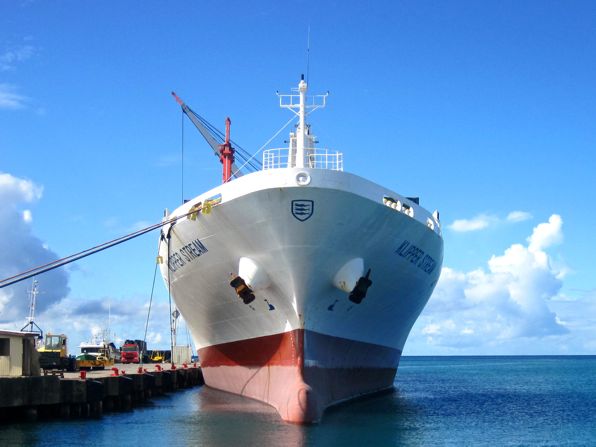 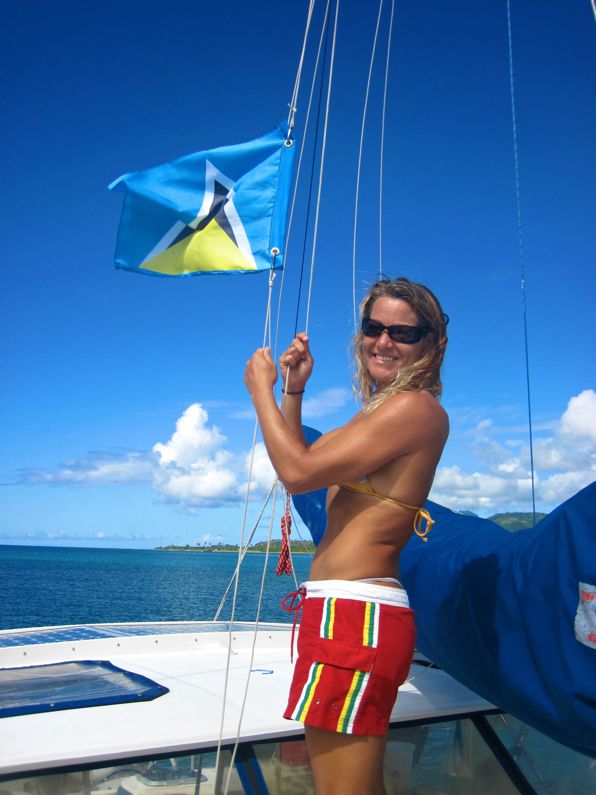 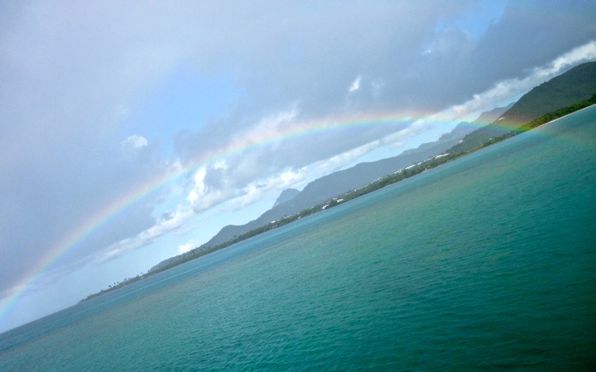 We first cleated off the rode and tried to use our engines to break us free. When that didn’t work, Rebecca donned her snorkel and mask and dove in the water, attempting to sort out the problem. Unfortunately, because the visibility was so poor, she couldn’t see what was up. It was about this time that we radioed over to our friends for some help. Connor, the 14 yr. old son of our friends on Sabbaticus was this time sailing with Brandon on Sol-mate who, with Carryn absent, was now short-handed. They turned their boat around to lend a hand and as they came along side, Connor jumped in the water to take a look. He is an excellent diver. So much so that he has earned the nickname Swimmy. It’s obviously a well deserved name because it only took him one dive to see that our chain was under rock and to fix the problem. All was well after that.

As we motored from Vieux Fort to the Pitons we did so without a breath of wind. We did have an awesome current helping us along the way though, a welcome change because we normally find the currents against us. When we reached our planned stopping spot, right at the base of the mountains, we found that there were no actual mooring balls remaining. A boat boy helped Sol-mate to tie up to a marker bouy though and we then rafted up to them. Swimmy dove down the 40 or so feet to check to see how well the buoy was secured and apparently it met with his approval. Good thing because we’re pretty close to shore! 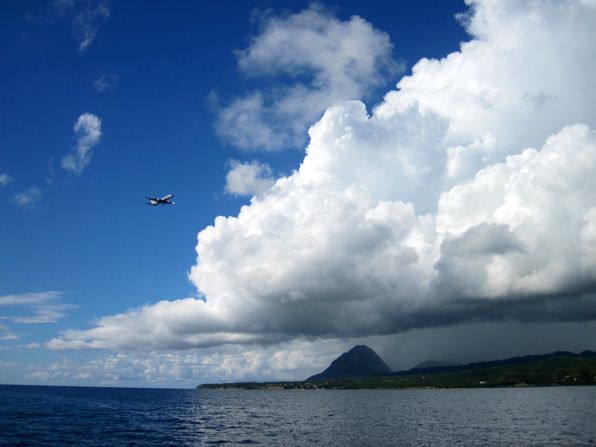 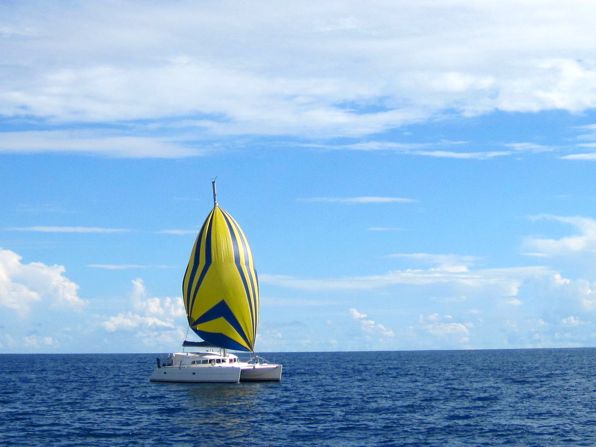 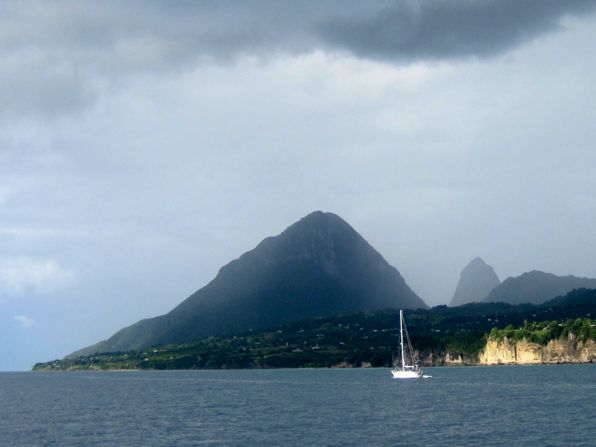 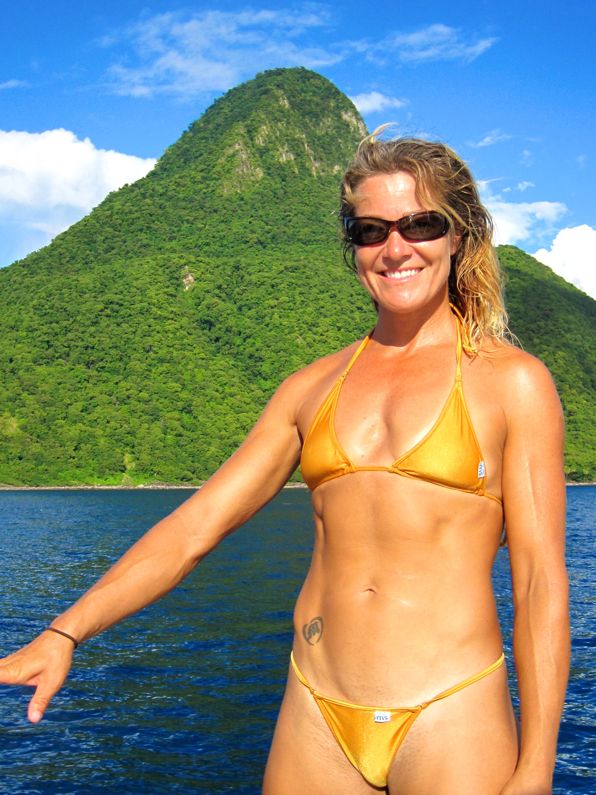 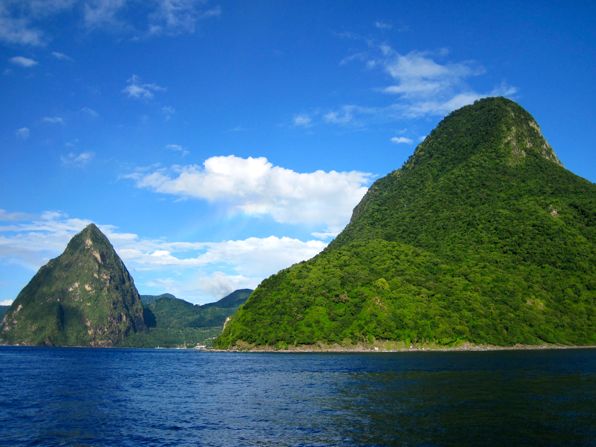 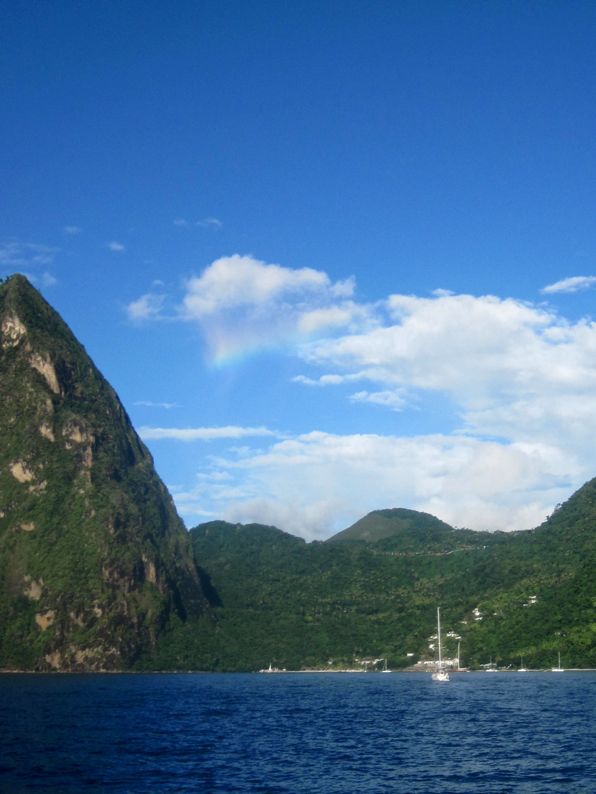