Now THAT is how a passage should be!

Contrary to what I wrote in this post, Rebecca and I decided that it would be more relaxing to make the return trip to Grenada during daylight hours as opposed to overnight as we typically would. Our motivation for doing so was to more easily be able to deal with the large amount of shipping traffic that is commonly found in that area. As it turned out, we are glad that we did so, there was a lot of traffic!

While we expected that we’d end up in Grenada after dark, calm sees, full sails and a bit of assistance from our engine allowed us to get our anchor down just as the sun was setting. As far as passages go, things don’t get too much better. 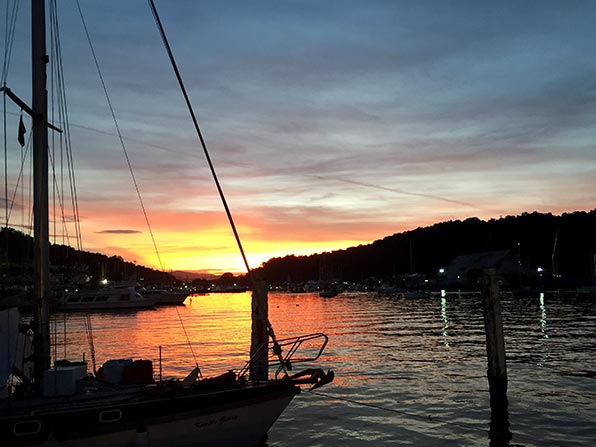 Sunrise in Trinidad. We cast off our lines at exactly 6:00 AM. 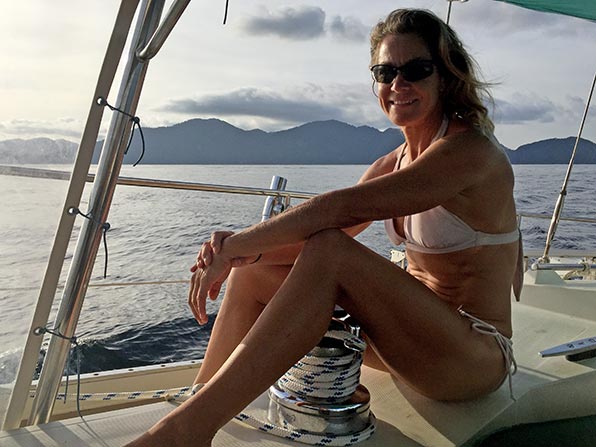 As is typical, the winds were extremely light by the Trinidad coast. 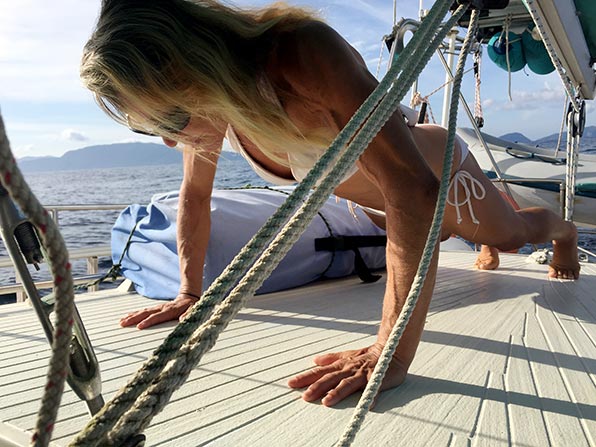 Rebecca decided that she’d do 20 pushups every hour on the hour. 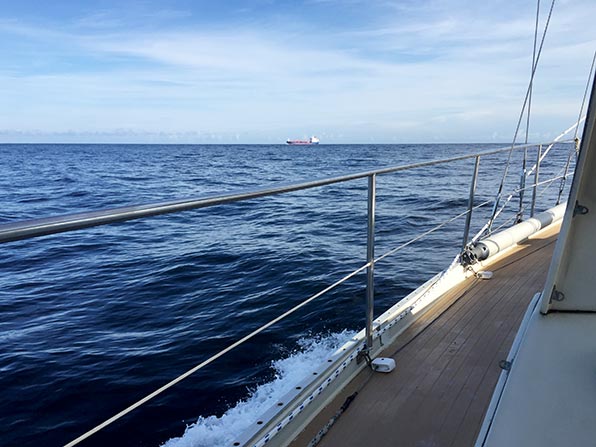 One of many ships that we had to contend with. 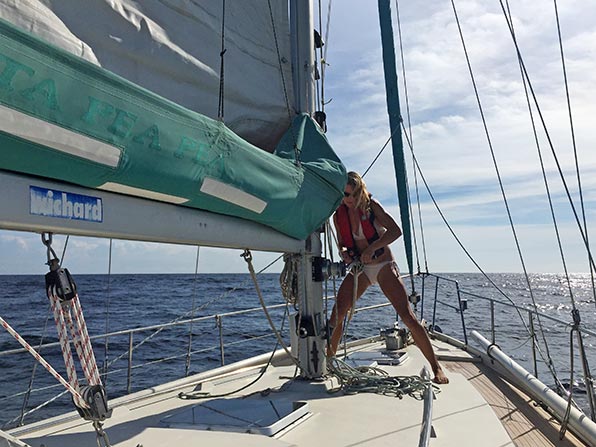 The wind has filled in enough to warrant raising the main. 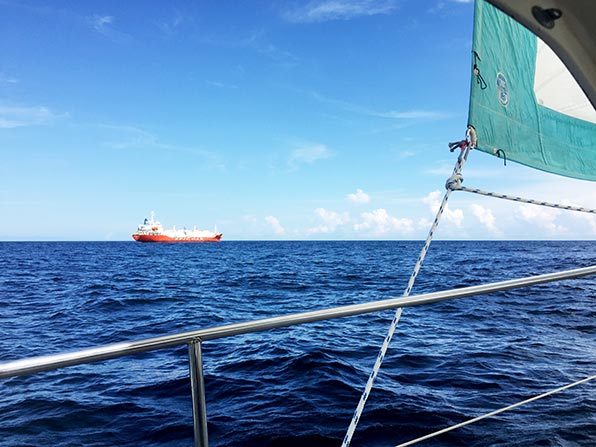 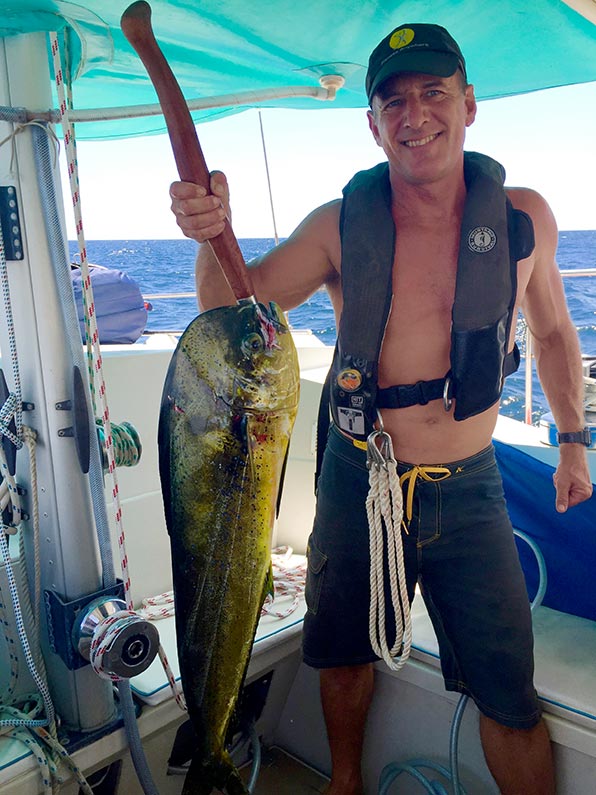 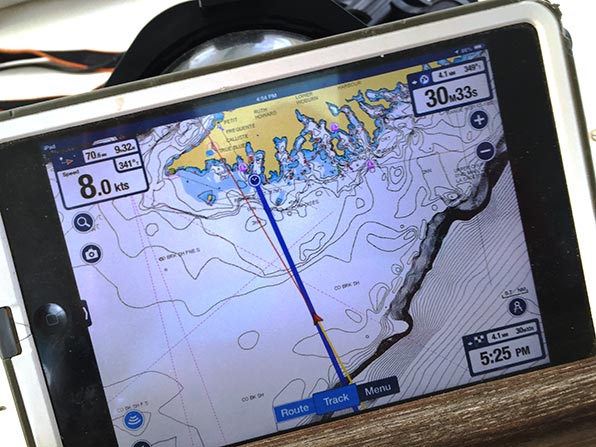 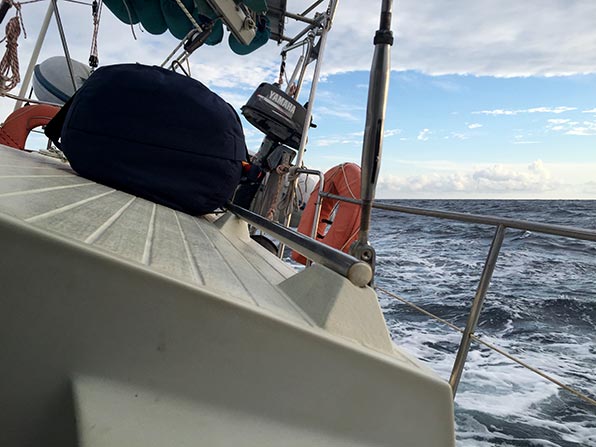 The wind has definitely filled in by this point! Good thing we had our new life raft lashed down. 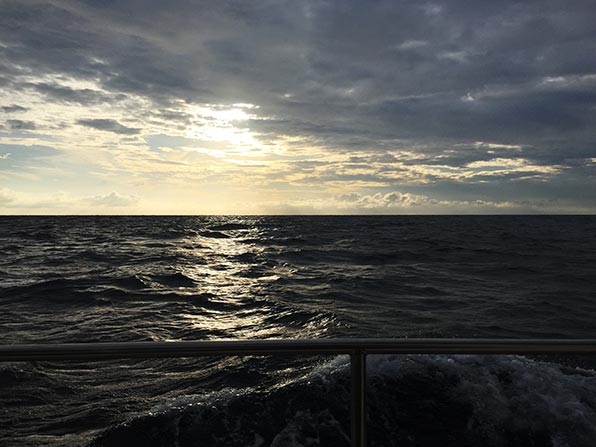 The sky was clear until we neared Grenada. 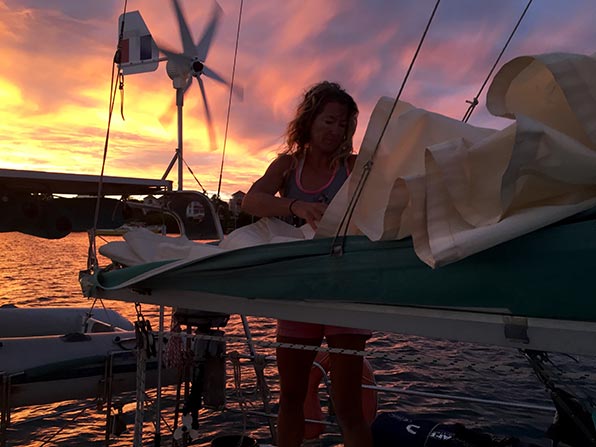 Before drinks, food, showers, etc., we always tidy up the boat after a passage. We began the day with an orange sky and we ended with one too!