Not always as it appears.

If you look just to the right of the headsail in the image below, in between it and the genoa sheet, you’ll see a navigation mark. Although difficult to discern in this photo, it is actually a red lateral buoy designating a channel. Most boaters are familiar with the mnemonic Red-Right-Returning which tells the helmsman (in this region) to keep a red mark on their right (starboard) side when returning to harbor. And with all of the boats anchored over to port, this would seem to make sense. The trouble is, there is actually a reef with only about three feet of water overtop of it in the middle of all of those vessels! Numerous boaters have found that out the hard way. 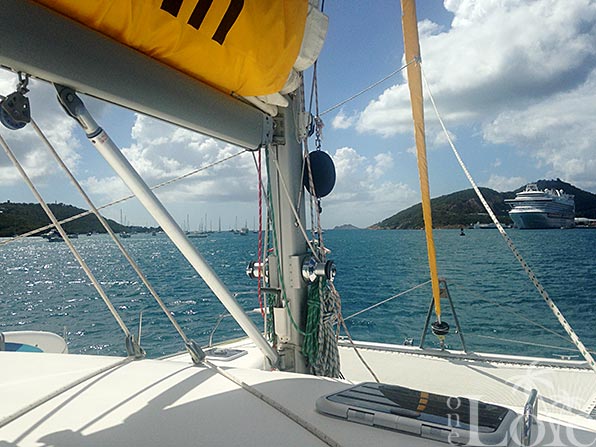 The land to the left in the image has the very creative name Water Island. The mark in the image, also shown on the chartlet below, definitely does designate a shipping channel. The thing is, there is a channel leading around each side of the island (West Gregerie Channel and East Gregerie Channel) and thus the Red-Right-Returning thing only applies to one of them. In this case, not the channel we were traveling in when taking this photo. 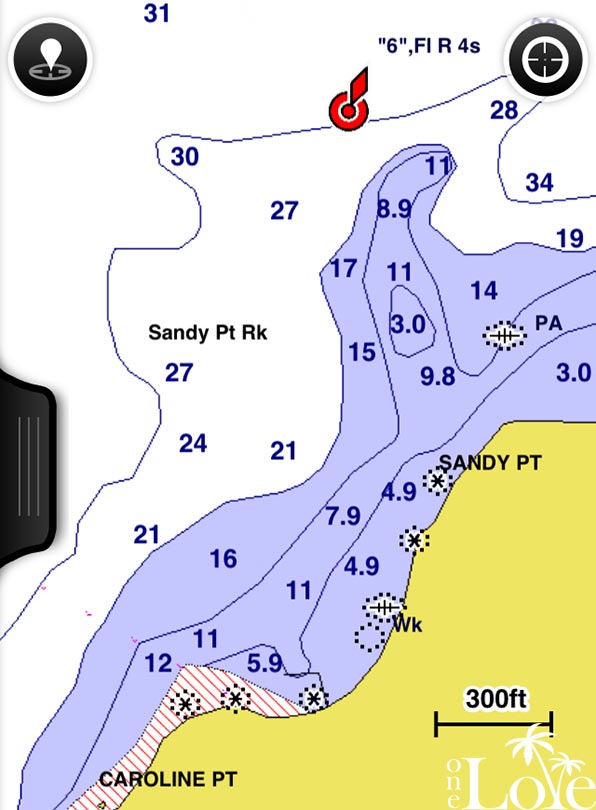 Just the other day we heard the radio traffic from a vessel’s Captain calling the USCG to say that he had run aground on that reef. Quite hard I imagine as his wife was injured in the process. My guess is that it was the boats anchored around the reef, giving the illusion of safe water, that confused him more than the mark itself. I don’t know for sure though as I haven’t spoken to him. As it turns out, our friends on s/v Harmony were anchored right there when the incident happened and may have been first on the scene. You can read more about this unfortunate drama on their cruising blog.

Someone who really believes in his product!

Another day, another Dominican adventure.