Not all projects have to be huge to be worthwhile

Not all projects have to be huge. Take for example the new switches that we added for One Love’s shower sump pumps. Some readers may not realize the difference between a household shower and one on a boat. Whereas, in a house, the water simply drains away via gravity, in most cases on a boat the grey water from the shower needs to be pumped overboard (or into a tank) by an electric pump. It just so happens that the shower sump pumps on this Leopard were activated by a pushbutton momentary-on switch. This means that, while standing in the shower, you would need to push and hold the button to make the pump run. As the evacuation process can take over a minute, a period of time which seems exponentially longer when one is standing naked and dripping wet, I knew that there would be no way a guest would ever do it properly. 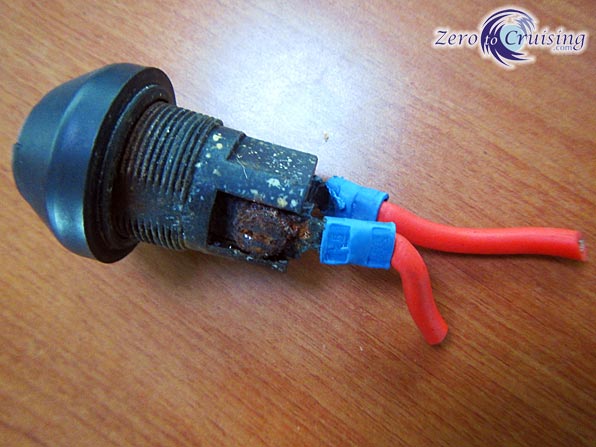 Old switch, push and hold to turn on.

Sourcing new switches was as easy as making a trip to Island Water World. In order to cover the large hole left by the other switches, I did have to use large stainless steel fender washers. Unfortunately, they only had three switches in stock so I was only able to fix the showers in the guest cabins, not our own. We have been using the other showers though and I can say that the new pull-on, push-off switch is a huge improvement over the originally installed ones. 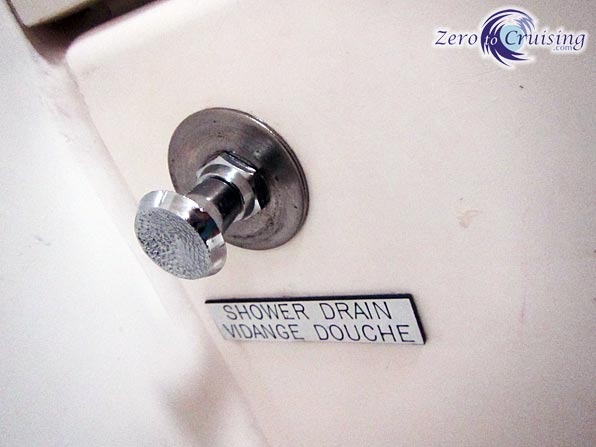 New switch, pull to turn on, push back in to turn off.

A nice start to our day!

Boats are like people, they thrive with attention and affection!