Since we first announced our biking scheme, we have been asked multiple times how we plan to carry all of our gear. Most people have seen cycle tourers before, if not in person, then at least in photos or on film, and almost always these people are found traveling on bikes designed to carry a large load, and that are fitted out with panniers, front and rear, to carry all of the traveler’s possessions. Occasionally they are also seen towing a trailer. Because of our goal of traveling lightly, and off road as much as possible, neither of those are exactly what we envision. 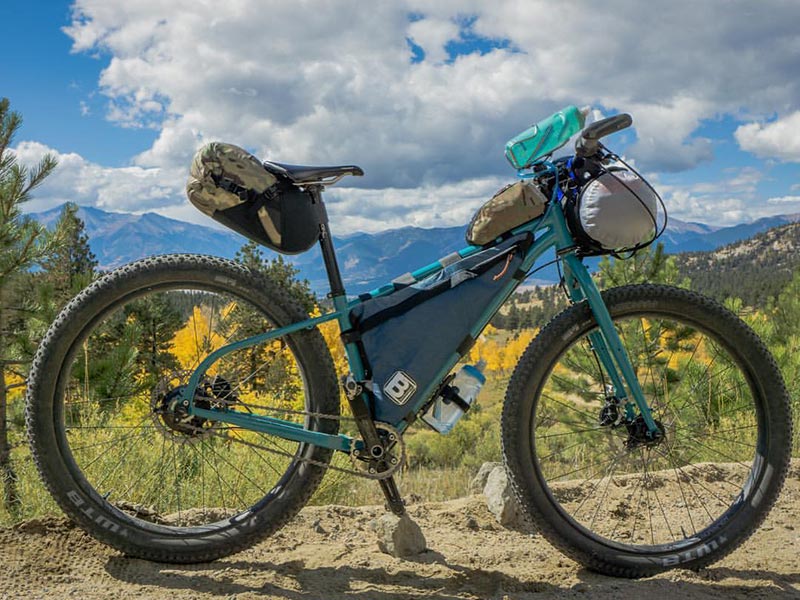 Rebecca and I have an image of how we’d most like this next phase of our adventure to pan out. The picture in our minds has been inspired by the travels of many others who have done similar trips, and it looks like this:

To travel and explore the length of the Americas, following the road less travelled (note the Frost reference), avoiding high-traffic paved roads as much as possible. We’d like to travel as minimalistic as possible, carrying all our own gear, and to spend our nights either camping, or with friends along the way. We’ll travel as much as we want each day, putting in miles when we choose to, but also stopping to smell the roses when the urge strikes us. 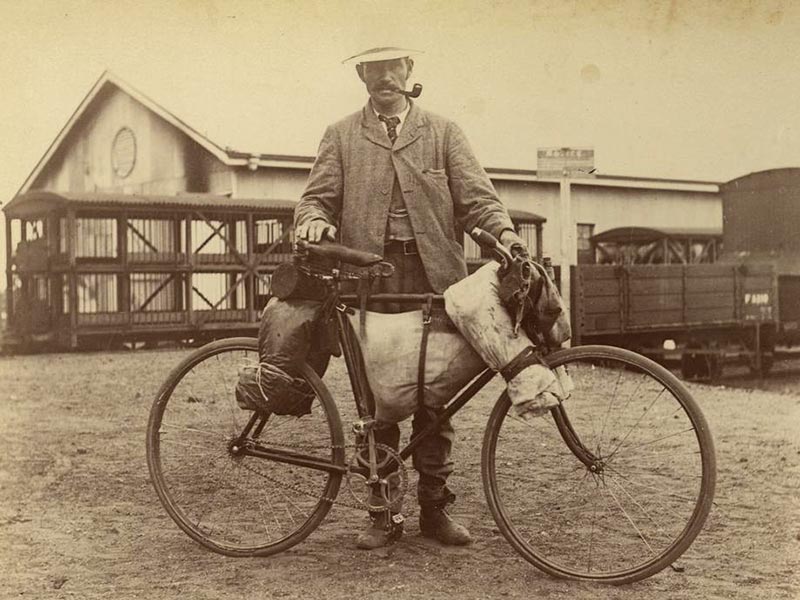 There is a category of cycling called bikepacking, and while perhaps that term and some of the gear associated with it is relatively new, I don’t think the approach is all that radical. If you don’t believe me, check out these vintage images that I dug up on the web!

Backpacking.com describes it as follows:

Simply put, bikepacking is the synthesis of mountain biking and minimalist camping; it evokes the freedom of multi-day backcountry hiking, with the range and thrill of riding a mountain bike. It’s about forging places less travelled, both near and afar, via singletrack trails, gravel, and abandoned dirt roads, carrying only essential gear. Ride, eat, sleep, repeat, enjoy!

The most significant gear innovation that has helped popularize bikepacking is the commercial availability of bike-specific soft bags. Replacing traditional racks and panniers, these consist of a framebag, a handlebar bag or harness, a seat pack and peripheral bags. Light, rattle free and tailored to modern mountain bikes, they’ll optimize your bike’s carrying capacity without adding significantly to its weight, or effecting the way it handles.

There is a ton of info on the bikepacking.com link. Do check it out!

The one tiny hurdle to overcome

The most significant hurdle to this approach, as observed from inside our boat at anchor in Martinique, will be the initial Alaskan stretch from Deadhorse to Fairbanks. From what we have read, there is only one spot to re-provision along that 800 km road, necessitating that we carry a significant amount of food, along with all of our other necessities. For this reason, we anticipate that at least one of us will need to have a rack and a couple of small panniers, but if so, we may end up leaving them in Fernie at Rebecca’s sister’s house as we pass through.

The one advantage that we have is that we’ll be traveling as a team, and thus can split up the load. You know how that goes, right? Rebecca carries the heavy tent, I carry a pillow. Rebecca carries all the cooking gear, I carry the other pillow. 😉 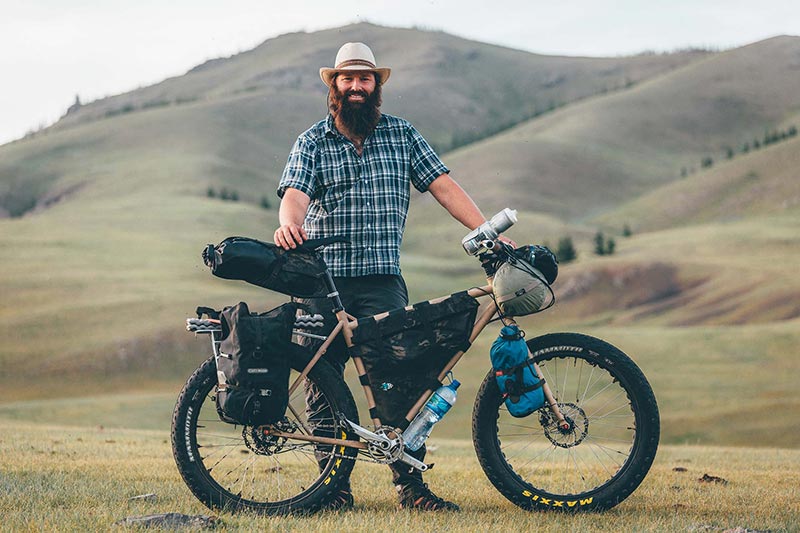 FASS Bikes: a desert oasis for us bikepackers

Taking the paring-down process to a new level!